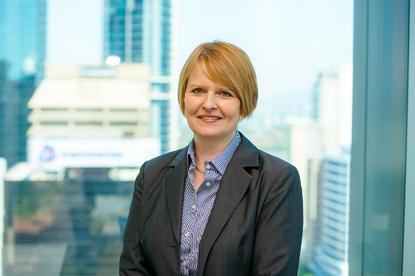 Latitude Financial Services’ CIO Julie Bale has been named EnergyAustralia CIO, replacing Anne Weatherston who'd been in the role since 2015.

Bale has a long history in the fintech world. She spent close to four years at Latitude Financial Services (formerly GE Capital) as its CIO, where she was responsible for the separation activities with Global GE Capital during the transition services period.

She said she helped lead the major transformation of technology and data as an enabler for the business strategy, and developed and implemented the new and innovative technology strategy, to build a modern, digital technology footprint for the company, from the ground up.

Prior to her Lattitude post, she was the CIO of GE Capital. She joined the GE organisation in 2015 during the sale process to its new private equity owners of KKR, Deutsche Bank and Varde.

In that post, she was accountable for the preparation of the detailed approach for the IT transition component of the newly established company and separation from GE, prior to the close of the sale in November 2015 and the creation of the new entity of Latitude Financial Services.

Prior to GE, she was the CIO of the Bank of Queensland from 2012 to 2015, and formerly the head of IT solutions delivery at ING Australia for one year.