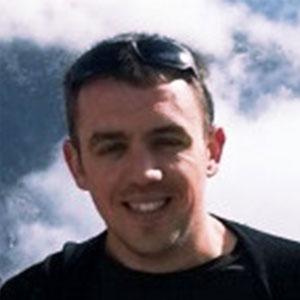 Kiwi Wealth is a 12-year-old business that started life as Gareth Morgan Investments. Its purpose is to help Kiwi’s grow their wealth and enjoy their futures.

Craig Ward, Chief Technology Officer at Kiwi Wealth, says his focus has been developing an Enterprise Architecture practice and laying the foundations for a digital transformation.

“We began life as Gareth Morgan Investments with a start-up DIY mentality and this can be seen in our technology landscape today,” says Ward.

“Over the years we’ve built and developed everything ourselves, from coding our Investment Management tools through to our CRM and our comprehensive customer reporting platforms which was unique at the time at offering transparent look through reporting down to the individual holdings for each client”

But over a decade on, the rise of cloud and SaaS offerings, their tech stack which was once cutting edge is no longer best in class, he states.

“Whilst the It doesn’t offer the scale and growth the business needs to put new products in market in an increasingly competitive marketplace where the use of low cost index funds, cloud based software and APIs enable start-ups to quickly build financial services propositions.”

He says he had, at first, to convince his peers in the executive leadership team, the board and shareholders of the imperative to shift to the new systems.

“As a relatively young CIO (Ward is 36) and coming from a technical background, my CEO placed a lot of faith in giving me the opportunity to take on the acting role.”

When the board gave the CEO a nod to go out and “get a big name CIO”, he chose Ward, who was then in an acting capacity.

Six months later, he was appointed permanently in the role.

But because their technology had lagged, there were silos of technology or shadow IT run from individual business units.

“My challenge was a hearts and minds approach to win the backing of the other business units to give up some of their independence and ‘agility’ for the greater good,” he states.

He approached this by bringing on a great enterprise architect who would look at things from an enterprise wide perspective.

Building enterprise wide capabilities and selling the benefits, and trade-offs, to the senior stakeholders took time but ultimately paid dividends, he says.

For example, their IT retail team, led by GM retail, had an agile squad of eight developers, BAs and delivery leads. They have given up those roles back into central IT for them to deliver the transformation.

“This has been my most significant win to date and to quote one of my colleagues, ‘I’ve moved mountains’” in changing the way the senior leadership thinks about technology.”

“Moving from an environment where they didn’t trust tech to deliver what they needed in a reasonable time, hence running their own siloed IT teams, to a stage where the ELT are repeating back to me phrases like “business capabilities”, “enterprise wide” and “trade offs”.

Through working with partners and using SaaS in the investment management space, Ward says they are able to launch new funds and offerings to the market quickly and at a reduced cost.

He admits there is nothing new about enterprise architecture, cloud computing or SaaS offerings.

“They’re available to any organisation, big or small and you’ll find most of our competitors from challenger brands to the Big four banks are using the same platforms,” he says.

But where they can add innovation is in the implementation.

He says Kiwi Wealth’s unique offering is owning the entire ecosystem, from their-NZ based team of investment experts, through the technology stack, financial advisors and distribution engine both through their digital platforms and their partners at Kiwi Bank.

“Technology is a key enabler of this and by reducing costs and improving investment opportunities through better use of technology we can deliver better outcomes for our customers, their futures and ultimately NZ as a whole. Delivering to our mission of Kiwis making Kiwis better off.”