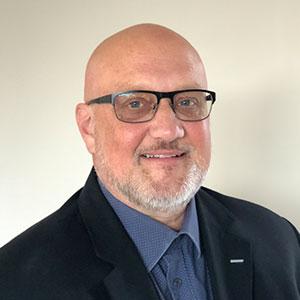 “One of the most important lessons that I’ve learnt during my career is about the importance of an equal partnership between those who run our business and those in the business technology team who enable the business,” says Pieter Bakker.

Bakker, now business technology director (CIO) at Frucor Suntory, relates that at the start of his career, he was a developer and a small business owner. He led a team of less than 20 people, and they developed solutions together with their customers. “This taught me the value of true partnership.”

This was not always the case when he moved on to corporate roles. In one company, executive colleagues’ adversarial (“grenades over the fence”) approach caused friction and disruption, and delayed the progress of their work.

“From that point onwards, I’ve always had a passion to make the business and technology partnership work well,” says Bakker.

He says his team has developed the “B-X-T” framework as a way of expressing this idea.

The framework demonstrates how (B)usiness and (T)echnology are jointly responsible for the outcome (the consumer, customer or employee e(X)perience).

Within this partnership, business leads the change and technology leads the solution and delivery, he explains.

“Taking others on the journey of joint responsibility is always a challenge,” he points out.

Recently, the team worked on a Trans-Tasman project to upgrade their Trade Spend Management System used in New Zealand and then roll it out to Australia.

While the technical work and solution delivery went without a hitch, the Steering Group wasn’t happy with the progress. To them success was measured by the percentage of customer workbooks converted to the new system.

The situation could easily have gone off the rails with people blaming each other for the perceived lack of progress. But going back to partnering principles has helped everyone reframe the project and work together on a better plan with better measures.

“Focusing back on project objectives and resetting KPIs to trade spend under management, rather than workbooks converted, has reset the path to progressive value delivery that everyone could align to.”

The team also facilitated an “in flight” design thinking workshop to rethink the transformation, based on what they have learned so far and how they can apply this across the Australia and New Zealand businesses.

“The result was a further simplification of the design, a new roadmap and improved access to the key resources needed.”

Bakker says the company is working on a range of business technology projects.

These include a new warehouse management system and automated laser guided vehicles in their Manukau warehouse, and a sophisticated integrated business planning system to predict sales based on supermarket checkout and historical trend data.

This partnership approach came to the fore when Frucor Suntory Australia and New Zealand became a single organisation.

“One Frucor Suntory” was a merger of the Australian and New Zealand businesses that did away with duplicate executive leadership teams and introduced new teams that spanned both countries.

One of the priorities for him and the team was to ensure the teams across different locations can easily work together.

Bakker and his team looked at one of the most commonly used platforms used by the teams.

This was their videoconference technology which was expensive to set up and run. It was also so difficult to use that attendees wasted valuable meeting time sorting problems, says Bakker.

His team looked at alternatives such as Skype for Business. The latter worked fine on the desktop but didn’t suit larger groups working together in meeting rooms, he adds.

Bakker challenged his Business Technology (BT) team to find a better way, declaring a “war on meeting rooms” until they could work well.

Bakker says they looked at leading edge technologies and chose online meeting provider BlueJeans and audio specialist Dolby Laboratories. The new system simplified the process of holding meetings by eliminating unnecessary steps and complications. The Cisco platform also fully supports videoconferencing and makes stuttering connections a thing of the past.

We set up the meeting rooms with the least amount of equipment possible, says Bakker. It was just one conference device housing high-quality speakers and microphones and a large screen equipped with a webcam.

“Eliminating user frustration came down to a simple, consistent setup that is intuitive to use,” he states.

“There is nothing to ‘muck up’ and no need to call technicians for help.”

Bakker says the BT team continues to monitor and improve user experience by asking for feedback after every meeting. The platform also has extensive analytics and empirical data to assist in any trouble shooting on reported issues.

A gauge of the system’s success is the dramatic uptake of its use, from 300 to more than 1300 meeting hours each month. Bakker says even external parties prefer to meet with Frucor this way too, and some of these are multinational firms with their own alternatives.

“We’ve won the battle” says Bakker, He says he can now walk into a meeting with other senior executives and discuss business without first having to fend off complaints about communications.

He says the company has saved hundreds of thousands of dollars in travel and unproductive time with this deployment.

“The real transformational power of such a system is in truly enabling a new Trans-Tasman organisation, something that would otherwise have been very difficult. New teams are working closely together on game-changing initiatives regardless of where they are located.”

Throughout his work at Suntory, he is guided by the Japanese concept of “nemawashi" (translated as "going around the roots").

This approach lays the groundwork for change by including people, gathering their support and feedback.

“Adopting agile principles has reinforced this collaborative approach and working this way is now second-nature to us,” he states.

“We know we can’t do it alone, and this drives the nature of relationships that we build,” says Bakker.

“We have close relationships with several preferred suppliers including SAP, NTT Global, Microsoft and Realtech. We share plans openly and work together closely for mutual benefit.”

Bakker attends the monthly executive meetings, where he spends 90 minutes discussing the BT transformational portfolio, and is involved in deciding on corporate programmes.

To stay in touch with industry-related activities my team and I regularly attend events throughout the world, he says. These include SAP user groups in NZ and Australia, Supply Chain and CX conferences, the annual SAP Sapphire conference in the US, and partner events with NTT Global and Cisco.

He is a member of the Global Suntory CIO steering committee that formulates, implements and monitors global IT strategies. This group meets in person every six months, and monthly through videoconference.

“Along with my team we have a strong network in the wider IT community and actively use this network to stay in touch with what others are doing,” he states.

At the core of our culture is the agile mindset, says Bakker.

This mindset, he explains, is rooted in three beliefs:  “Things aren’t predictable or static in our complex business environment. Caring about people and having mutual trust is critical and a relentless pursuit of improvement. Each of these beliefs is fundamental to the culture that we strive to create within our BT organisation.”

Bakker says his team is currently working with HR to incorporate agile thinking into the leadership development programme at Frucor Suntory.

BT Value Stream managers, business leads and their teams work with other senior leaders to build strategies and investment roadmaps for each portfolio of products.

As BT director, Bakker champions and supports these relationships by participating in each Value Stream Steering Group.

Bakker says one prime example of how his team engages and influences the rest of the organisation is IGNITE.

BT set up the IGNITE project to examine their systems and processes, and to look at updating to the latest version of SAP.

While BT led the initiative, we knew that company-wide participation was essential, especially as the company was merging Australian and New Zealand businesses at the same time, says Bakker.

They ran an internal competition to come out with the name IGNITE, suggested by senior invention manager Morgan Loveridge.

“Project IGNITE is about reimagining the way we work at Frucor Suntory,” says Loveridge, in her entry. “Let's make the sparks we create IGNITE change across the business.”

A team of more than 80 Frucor Suntorians and 20 external experts from PWC and SAP worked on the project.

The combined team then looked at how to improve these areas and identify the benefits Frucor Suntory can expect as a result. They presented these ideas to the EXCOM along with a roadmap for the future.

“EXCOM approved the journey and together we’ve kicked off a multi-year programme including three major transformational projects that started this year,” says Bakker.

“The approach was fantastic,” Bakker quotes CEO Jonathan Moss on the way BT ran the project.

“The whole IGNITE process felt like it was business for business sake and BT was an integral part of it. It feels like we aligned the agenda much, much better,” Moss told the BT team.