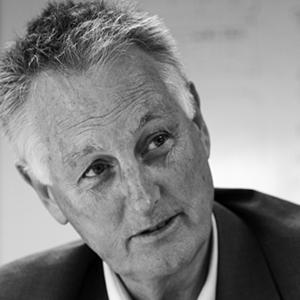 We have leadership teams based around the world, in places such as Vienna, Cambridge, Sydney, Sao Paolo and Houston, says John Emerson, CIO of Tait Communications.

“Sharing common information is critical to effective management, as well as ongoing collaboration. While the reporting lines generally remain the same, staff behaviours are moving from local to global, to deal with the realities of a global business” says Emerson.

He says as part of the company’s global strategy, technology and business areas implemented a regional management system (RMS) in the three regions covering the globe, to standardise finance, project accounting, sales, logistics and services, as well as CRM.

“Up to this point, each region had to be practical and have their own point solutions on spreadsheets and personal databases supplementing the aged legacy systems, with not as many standardised business processes either within region or across regions as we would have liked. Reporting was essentially a manual process, on spreadsheets,” says Emerson.

Among the drivers for the new system were the need to get a global view of data in real-time, and improve the sales and quotation processes, some of which were manual.

We involved many business staff from the region during the project, he says, but recent staff cuts placed these staff under pressure to get their daily work done as well.

The team established standard collaboration and document management systems before the project began, and partnered with an implementer with both manufacturing and global experience.

“While there remains a pent-up demand for additional reports, the new reports are available without significant manual effort, presenting data in real time with drill down capability,” he states.

“We now have an improved capability of delivering products across all of our regions to one global customer, which previously required more work.

“We can also view resources and inventory globally, to expedite efficient delivery. With the integration of the new systems, we can perform some functions more accurately, like sales projections”

The old system is no longer used in the above functional areas, reducing a significant security and business continuity risk.

“We expanded our ISO 27001 compliance as the new system has passed the audit,” he adds. The new system is on AWS, with real-time backup and restore.

“It’s very difficult to operate as part of a global company when you operate within a silo,” he says, on a challenge they faced with the previous setup.

“When each area managed its own small systems, data and processes, Tait staff were constrained in operating as part of the overall organisation,” he says.

“With new systems, processes and data in common, we are able to coordinate and collaborate in a far more efficient manner.

“Staff in different regions are understanding that problems assumed to be local are more universal. Conversations are occurring more often between staff in different locations, for example in logistics.”

He says thinking globally across systems is important for a company like Tait.

The engineering team, for instance, is currently working on wearable technologies for their different markets around the world.

The IT team is standardising the global platform to enable the product team to develop and deliver this product, he says.

“This consists of a hybrid cloud (AWS and private) to provide a development, test and production environment.

“Due to our product requirements, latency has to be kept to a minimum. We currently have five data centers around the globe for other new products and expect more as the customer uptake of our software products increases.

“We were fortunate in that we had moved our corporate systems to AWS over the past five years and had a strong relationship with them,” he says, “as well as establishing and operating on a private cloud”.

“We have also developed significant experience in integrating various systems on different clouds and in implementing high security. We have ISO 27001 certification on the customer facing systems and all but one legacy system has passed an ISO27001 audit.”

As global CIO, Emerson is part of the executive leadership team and participates in all of their meetings.

Since Tait is a technology company, most senior executives and board members have extensive technology experience.

“Technology strategy is a recurring discussion, as it’s so essential for Tait’s future,” he says.

“As a senior, senior executive, it is pleasurable to mentor a number of staff, as part of my management activities,” says Emerson. He also mentors people in their 20s, both within Tait and in outside agencies.

He says the previous model of getting a university education for several years and ‘that’s the end of it’ is now gone, replaced by lifelong learning from a number of sources.

“Constant training and other people development activities do occur and I would like to do more.”

“For transparency and openness, we are working on a website that makes ICT completely transparent, including service catalogues, organisational charts and backgrounds of staff, monthly performance measures (to SLAs) and learning resources.”

Emerson says having held CIO roles in New Zealand, Canada and the United States, he has witnessed waves of changes in the ICT leader’s role.

“The biggest shift is ICT moving from the back office, like the accounting function, to enabling the organisation’s digital journey,” he says.

He is cognisant there will be a number of challenges as CIOs find their roles and responsibilities evolve. In the future, there will be some things IT does today they won’t be doing, but new technology development will ensure more demands are placed on IT.

At Tait, he says, these encompass “cultural change, technology evolution, maintaining high levels of service throughout the transition, finding the right staff and bringing executives along with new business models and creating a positive customer experience as part of the relationship”.

Editor’s note: John Emerson has now left Tait and is on sabbatical, as part of a team sailing to places such as the Caribbean and Pacific Islands, to complete humanitarian activities such as performing sight tests and providing glasses. “I’ve wanted to do this for a long time and couldn’t pass up the opportunity,” he says.