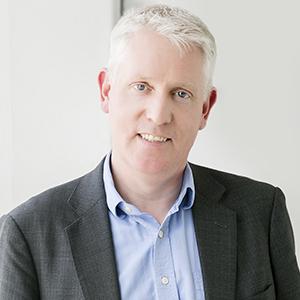 The first is to replace a heritage technology platform with a new, state of the art technology platform, which enables our core professional services business to continue to grow and thrive, says Reed, who is now working as a business strategy consultant.

The second is to leverage that platform as the technology underpinning enabling QVs strategic ambitions in the data and information realm.

“QV delivers many products and services in the property industry,” he says. The strength of that business is also one of the challenging areas to conquer – how to diversify and step out into other business areas, without adversely affecting our core business, and indeed enabling its growth.

“Like many organisations, QV is having to move into not just an agile way of delivering the tools and technologies it needs, but to actually become an agile business.

“Through the delivery of the Monarch program, QV has made big strides in becoming that agile business,” says Reed.

He credits the Monarch team for leading this, and building the organisational ‘muscle’ to keep QV moving forward as an agile business during what remains in the Monarch programme, and after that.

QV has moved its entire line of business technology service set into AWS.

Even at the low level of the infrastructure, this is a significant innovation, as it has opened up to QV mechanisms for managing capacity and infrastructure investment that the company has never had before,he says.

The core strategic decision to move to the public cloud is endorsed by the QV board and executive, on the basis of close partnerships with key service partners such as Tenzing and Consegna, he explains.

“Developing our key technology partnerships is probably a bigger lever in respect of preparing the landscape for innovation, than anything else.

“For an organisation to have the maturity to admit that it doesn’t have the capability in-house to fully understand the opportunity presented by the public cloud, is a big admission, and QV has been prepared to be guided by the expertise of Tenzing and Consegna at that level,” he says.

“We started to leverage AWS in the ‘standard’ way – driving efficiency and effectiveness at the infrastructure level, though we’ve very quickly been able to move much further ahead by leveraging the PaaS capabilities within AWS.

“Bringing together the right, custom built algorithms, supported by significant automation of data processing (kind of like a ‘wholesale’ set of bots rather than customer-facing ‘retail’ bots), and further aided by the AWS machine learning capabilities, QV is now operating an environment that allows us to, for example, give accurate values of properties across New Zealand, in real time.”

He says this was a unique approach as other mechanisms out there used aged data, and are built using regressive, retrospective and linear algorithms for predicting value.

“That really doesn’t work well non-linear markets, where data is not normally distributed, and that many of the input variables are directly correlated with each other.”

He says what worked in their case was having the board and executive management team who understood enough of the opportunity and challenge to make some key decisions.

The first was the creation of the chief data officer position, which he holds. The second was the commitment to build the data science capability and capacity in the organisation.

Culturally, he says, it was interesting to watch the active use of mathematics and ‘real’ computer science in everyday work life, and the challenges and opportunities it presents. Algorithms at their best are unbiased, and more normally have bias, but crucially, that bias is known and can be corrected for.

“Being able to interrogate and evaluate our data without any hidden bias has been a key lever in moving our culture forward – there’s nothing quite as powerful as an objective, data-driven ‘truth’ in enabling people to look at problems and solutions in very different ways than they have before – the cultural assumptions and ‘we’ve always done it like this’ approaches are  there to be challenged by the data.”

Reed says QV is on the journey to become agile as a business and is implementing agile techniques outside of IT – due to the influence of the Monarch team.

“My role, which operates at executive level, gives the opportunity to have the voice of technology be consistently heard, and for me to work closely with my executive colleagues and board members on the opportunities that technology presents to us.”

Reed says the biggest lesson he has learnt in his career is that you need to ask the right question.

When he was working for the Axa Group in Europe, he and his team were asked to plan out the the technology merging of their core platform with the core platform of a business they had just acquired.

“We went into detailed analysis about what needed to be done, how we’d get there, time, costs, all the ‘usual’ stuff. It was going to be big, risky and expensive,” he says.

He presented the findings to the executive team, expecting to get the go ahead.

“The chief actuary did the math in his head in about five seconds, and pointed out that the cost was more than the value of the business that was operated on the platform we wanted to merge, and that it would be cheaper to pay out the policy holders, and get them to start anew if they wanted!

“I should have just asked him first.”