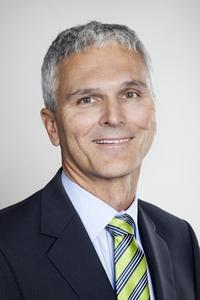 “Our key focus is on the ongoing transformation of technology as a business division including speeding up delivery, supporting the development of our people and future-proofing capabilities,” says Russell Jones, who is now Executive General Manager – Retail Banking at ASB.

He took on this role in February after over three-and-a-half years as Executive General Manager – Technology & Innovation.

This focus is reflected in the Technology and Innovation (T&I) team’s major projects ahead, which include continuing the digitisation of the bank, continuing to refresh core banking capability, expanding their data analytics capability, simplifying key processes using workflow and process management tools, and responding to significant regulatory demands.

In the past year, he says two major departments within T&I attained Silver Accreditation in Productivity Excellence. Collectively, the division saved many thousands of hours of staff time through process improvements and automation. “These saved hours are then able to be reinvested in value add activities: projects, innovation, proactive system maintenance and upgrades,” says Jones.

“Another major cost-saving was achieved through the renegotiation of telecommunications contracts that saw substantial year-on-year savings. A large portion of these savings have been re-invested in upgrading and extending our data management, analytics and insights capabilities,” says Jones.

“Transaction volumes to our back-end core systems have increased dramatically due to our digital growth with double digit per cent increases year-on-year. Through effective cost management, the cost of these back-end computing transactions has largely remained flat despite the increased volumes,” says Jones.

Working across the business

Jones explains the backdrop to the bank’s continuing digitisation programme.

In 2014, the bank set an aggressive target to achieve 50 per cent of sales via digital channels by June 2017.

It was, he says, in response to changing customer behaviours/expectations and fast-moving ‘fintech’ start-ups.

“The digital sales goal was seen as a critical milestone that we needed to achieve to give us options to optimise our overall distribution network,” explains Jones. “We wanted to support personal customers by extending our 24/7 self-service capabilities – and we saw systems integration, like our work with Xero and MYOB, as critical for our business customers.”

“We also believed that customer needs would not be met unless we provided ‘unbeatable customer experiences’, which would only come about through significantly improved processes (i.e. faster straight-through-processing with reduced operational risk) and by leveraging customer data and insights (i.e. better, personalised conversations).”

In order to achieve the agreed goals, an expanded digital team was established in late 2014, with teams coming together from across the whole organisation. A baseline was agreed, and then multiple projects were kicked off to design, build and implement the required capabilities.

“It soon became clear that the traditional methods of software delivery were not going to be sufficient and that we needed to make transformational changes to improve our delivery throughput and cadence,” says Jones.

“The digital team is part of ASB’s wider T&I division, which has been organised on a traditional basis for the past six years. While this provided numerous efficiency and risk management benefits, the system was not ‘fit for purpose’ if we were to achieve our digital ambitions,” he adds.

As a response, T&I launched a number of programmes which aimed to dramatically reduce the time from when an idea is initially envisaged to the time that the solution is in production use by a customer.

“Our hypothesis was that we would achieve this by embracing and improving our adoption of modern project management, software development and continuous delivery techniques to improve the way that we work with our customers and deliver great experiences much faster, and with reduced risk.”

Jones says the team carried out a series of initiatives (“missions”) to remove constraints by adopting new tools, processes, technologies and skills, thereby speeding up execution across the board.

“We launched a new operating model that introduced the concepts of Tribes, Squads, Practices and Disciplines and the ‘Digital Tribe’ was formed as a prototype under this new model,” he says.

With autonomous teams working in agile and flexible ways, the digital team now operates several cross-functional (i.e. DevOps) ‘squads’ which can deliver new functionality with minimal reliance on other teams.

Greater use of automated tools and re-use of features across platforms is supporting improved speed and efficiency.

“Over the past three years, the average time between customer releases for our digital destinations has improved from quarterly releases to monthly releases to fortnightly releases, with the ability to release on-demand when needed,” he says.

The digital team now releases software every five days on average and have more than doubled the annual number of releases year-on-year.

“We have learned numerous lessons from the Digital Tribe experiences and have leveraged these as adoption continues across the wider T&I division,” says Jones. “These new capabilities have provided critical support for ASB’s digital journey as we believe that the high cadence delivery of unbeatable customer experiences is a base requirement for digital banking success.”

ASB has recently achieved the 50 per cent sales via digital goal for the first time, several months earlier than the planned June 2017 target. Moreover, he says, ASB’s customers’ digital activity was recently benchmarked against other financial service providers by an international consulting firm and is seen as world-leading.

The T&I team plays a key role in nurturing a culture of innovation across the group, says Jones.

He says one of their more significant customer-facing innovations is Clever Kash - a physical, cashless money box in the shape of a yellow elephant.

Instead of holding notes and coins, Clever Kash allows parents and their children to ‘swipe’ money towards the elephant from their phone, using the ASB Mobile app.

The screen on Clever Kash’s tummy keeps count and shows the child’s progress towards their savings goals.

Clever Kash was co-created by experts inside and outside ASB. More than 30 ASB staff were involved in this innovation (including the ASB Innovation Lab, mobile development, security, architecture, UX, project management, marketing, procurement, legal and finance) working in a cross-functional team.

“Encouraged by our leadership to ‘think like a tech company’ in solving a genuine customer problem, we followed the concept launch with a pilot exploration that put about 1,000 devices in the hands of our littlest customers,” he states. “We gathered feedback throughout this process, and this validation gave us the green light to proceed further.”

To date, more than 21,000 Clever Kash devices have been given away to customers to promote financial literacy, with more devices on order to meet customer demand.

Clever Kash has had a significant, positive impact on ASB as an organisation. “In addition to being loved by customers, the initiative has galvanised the team nationally, with a new appetite and approach for innovation,” says Jones.

Clever Kash has likewise featured in local and global media reports, received significant interest from international organisations, and formed the basis of a talk given at TEDx Auckland by ASB’s Chief Architect James Bergin. It has won more than 25 major industry awards including the People’s Choice Award at the NZ Innovation Awards, and a Gold Lion at Cannes.

Jones joined ASB in 2008 after over 20 years in manufacturing -- he was IT director for strategy at International Paper in the US, and prior to this, was CIO for Carter Holt Harvey.

He had been CIO for a year at ASB when he took on the role of Chief Operations Officer with responsibility for technology, then was promoted to Executive GM Technology & Innovation.

He has seen the CIO role evolve over the past eight years.

“When I joined ASB in 2008, the CIO role was traditionally defined with responsibility for infrastructure and technical services, applications development and maintenance, architecture and project delivery.

From 2009 to 2013, the role was renamed Chief Operations Officer and was expanded to include responsibility for all back office operations.

In 2014, a new role was created, Executive General Manager Technology & Innovation, by dropping responsibility for operations but adding Payments (including industry directorships at Payments NZ and Paymark), Digital and Innovation (in addition to traditional CIO functions).

In 2015, additional responsibilities for Data Management were added.

At ASB, the technology roles have always been seen as Executive positions with recognition as a key member of the Executive Leadership Team reporting to the CEO.

“At this level, I contribute not only on technology-related matters, but also to strategy, governance and the wider bank leadership discussions.” In the strategy area, there is an added focus and responsibility supporting execution of the circa $90 million annual project portfolio as most initiatives typically have large technology and process components.

He says like most organisations, T&I use a multi-channel approach to engagement both within the division and within the wider bank. The division organises ‘town hall’ meetings for large announcements and quarterly briefings combined with weekly newsletters or emails on a regular basis. These are supported by additional information and newsfeeds through their internal intranet/knowledge base.

“We keep people informed of new technologies and innovations through ‘lunch & learn’ sessions and reinforce our change messages via monthly team communication sessions. This multi-channel approach has been supported by dedicated resources and was a critical success factor as we embedded significant organisational change across T&I.”

Jones highlights how the bank’s diversity and inclusion programme is leading the way across industries. The bank recently won the Ministry of Business, Innovation and Employment (MBIE) Diversity Leadership Award at the Deloitte Top 200 event.

Six members of the T&I team are part of the bank’s diversity network groups. He is also executive co-sponsor for the Women’s Influence Network group, which was formed to support and develop the women at ASB. Women in Leadership is an important metric that ASB tracks with a target to reach 30 per cent by the end of June 2017.

Great staff engagement is vital and T&I’s results in ASB's staff engagement survey (Kenexa) were consistent with the bank-wide result which is in the top 10 per cent of global finance companies surveyed.

His division also has a number of programmes to bring millennials into ICT e.g. a Technology Start-Me Up early career programme, and relationships with several universities.

“T&I have benefited by having enthusiastic young people integrate with our business, adding value, energy and ideas to help drive innovation.”

He says a key segment of the T&I workforce is in the 55+ demographic. They recently set up a network group who will advocate for older employees and mentor the younger workforce to share knowledge and experience. “We also offer retirement planning seminars and other targeted initiatives for this demographic,” says Jones.

“My role has a number of dimensions - as a ‘peer’ within the executive leadership team; as a ‘supplier’ of technology and other services; and as a ‘customer’ of their services,” he says.

“Integrity, customer focus, strong collaboration and open dialogue are all essential for our combined success.”