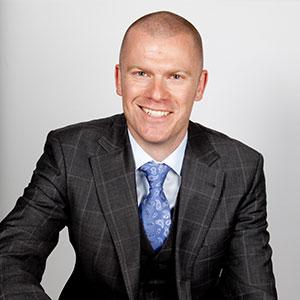 "The nuts and bolts of technology change are what get the headlines, but without clear focus on optimising the cultural and transformational outcome of the work we do, it’s really just new tools for old work,” says Dan Wilkinson, chief technology officer at Fidelity Life.

Wilkinson shares this key insight from the wide-ranging modern workplace transformation that the insurance firm started in January 2018.

Wilkinson joined Fidelity Life just four months before that and since then, he and his team have continuously moved the organisation towards the “technology enablement” that is the heart of this transformation.

The transformation centres on creating a collaborative, agile culture across the business, as well as a shift in attitudes towards digital technologies, he says.

“The stereotypical IT model used to be that people would tell you what they want, and three months later you come back with something they didn’t ask for,” he notes.

Wilkinson says this was very much the case at Fidelity Life when he joined. “There was little buy-in to concepts of digital transformation because no one had confidence in technology to deliver what they needed.”

Since then, he says, Fidelity Life has phased in changes to its technology implementation model. Members of the technology team work closely with teams across the organisation to help them develop their own solutions, and be more proactive in identifying issues and opportunities for improvements.

He says the top drivers for Fidelity Life’s digital transformation and agile approach are these: Changing customer and regulator expectations and the digital revolution.

“The technology enablement strategy is intended to speed up our transition to a modern digital organisation, creating operational efficiencies and a collaborative environment that will improve customer outcomes as well as employee engagement,” says Wilkinson.

The primary drivers are related to culture and capability, which impact the entire organisation, he adds.

He says this was shown clearly during the first few months of the transformation initiative.

Technology team members joined their colleagues in customer services to learn more about their pain points. They discovered three senior staff members were spending a combined 228 days each year producing a monthly report on, ironically, productivity.

They worked together to develop an automated solution, ‘Fred’ the robot, who was able to produce the report in just 20 minutes. This report is now provided daily, rather than monthly.

Wilkinson says there are now 15 robots in operation across the business, delivering a combined time saving of more than 1,000 days annually.

He says this not only has this dramatically boosted productivity, it had obvious impacts on morale and engagement across the whole business.

“Empowering employees to create solutions for themselves has also enabled the technology team to focus on strategic improvements rather than purely firefighting,” he states.

Costs have also been significantly reduced, he points out.

“When employees worked together to create a new risk management framework using Power BI and Teams, they saved significant fees from a third-party developer.”

He says the cloud migration also positioned the business well to benefit from improved stability, scalability and security, as well as gaining proximity to the advantages offered by AI.

A recent example is the delivery of a complaints management system to replace the old one of spreadsheets and emails.

Rather than buy an off-the-shelf product, or build one from scratch, the technology team enabled a cross-functional team of business users to create a solution themselves, using components of Microsoft’s Dynamics365 and Power Virtual Agents.

“The delivery of a perfect-fit solution, by the users themselves, in a secure, scalable platform, happened rapidly and at extremely low cost,” says Wilkinson. “We expect to see much more like this in the near future.”

“From the previous reactive technology focus and siloed structure, this has been a major shift in approach and, above all, culture,” he states.

“As we’ve seen time after time, you can introduce the most sophisticated technology in the world but no one will use it or explore its full potential unless you have that high performance, technology-positive culture first.

Without that, we’re never going to achieve anything.

He says initiating the new technology strategy required a significant shift in organisational structure and operations, as well as team culture.

He explains that while there is still a ‘technology team’, it was reorganised to develop new capabilities such as automation.

Members are now routinely embedded in cross-functional teams around the organisation to help them understand colleagues’ needs and upskill them, he says.

“Those staff members in turn are empowered to create their own technology solutions through the use of automation and ‘citizen IT’ tools.”

Wilkinson says that level of empowerment and engagement did not happen immediately.

The initial response from the organisation was relatively lukewarm, he says, unsurprising given the historical poor experience of technology at Fidelity Life.

“We needed to explore ways to shape the culture to be more positive towards technology,” he says.

“The learning was that changes needed to happen more gradually.”

Taking their experience from creating ‘Fred’ the robot, while many staff were dismissive of the concept of major operational and cultural change, small projects could instantly demonstrate value and build confidence.

“We also needed to change the day-to-day experience of technology,” says Wilkinson.

Thus, his team rolled out a modern workplace platform that reduced logins from up to five minutes to just 19 seconds.

“Wins like this have created trust in the digital transformation strategy, and people are more willing to approach the technology team with suggestions and to collaboratively explore solutions,” says Wilkinson.

“I’m a firm believer in ensuring technology has a voice in our strategic conversations, and having an executive team working alongside me who are fully invested in the technology pillar of our broader business strategy is critical,” says Wilkinson, on a major factor for the success of the technology function, and the wider business transformation programme.

He has stressed to the team their policy of hiring and mentoring technology experts who are keen to work across the organisation and see things from their non-ICT colleagues’ point of view.

“People love to jump to a solution quickly, but I’ve learned it’s important to develop a detailed awareness of the whole business first, and that’s something I’ve nurtured within my team.”

“I believe one can be collaborative at pace, which means taking the time to understand a situation fully, then moving quickly once a decision is made. There’s nothing better than seeing the surprise on people’s faces when they see how fast we’ve moved once we get into delivery.”

“I take note of people interested in pushing the boundaries and mentoring them to develop their own technology and leadership skills further,” he says.

A team member, Ceren Dogan, was tapped to upskill colleagues in robotic process automation (RPA), which led to the creation of Fred (and many subsequent robots). The project excited even longstanding ICT employees, says Wilkinson.

Dogan and her team have now trained over 60 Fidelity Life staff who volunteered to learn basic automation skills, enabling the broader business to start creating within a robust, secure framework.

He says the Fidelity Life technology team is very diverse in terms of ethnicity, gender, background, age and experience.

“I always encourage different perspectives – that’s the best way to gain new knowledge and insights,” he says. “I encourage the younger members of the team to learn from their more experienced colleagues, but the same is true in reverse.”

He also started an ongoing training challenge within the team so everyone is on top of all the latest technologies and continues to find new sources of stimulation.

He says the team uses Learn by Microsoft for this, and also individually organises informal ‘brown bag’ sessions around new developments in their toolsets. This further builds trust and a collaborative culture, he states.

He applies this approach outside the organisation. Wilkinson works closely with the Auckland ICT Graduate School, joining their workshops and forums.

“I feel responsible for helping nurture up and coming graduates to provide a healthy basis for the IT sector in years to come and ensure they’re learning the right skills – both tech and human-focused – for the future.”

Wilkinson further reflects on some of the other lessons he can share leading through major technology-enabled changes at Fidelity Life.

“You can’t be autocratic and just impose things from the top down, even when you feel you’re trying to open up opportunities,” he states.

When he joined Fidelity Life, he says people didn’t believe in things like cloud, AI and robotics, because they hadn’t seen it for themselves.

“I realised I needed to take more time to understand the team, and to take them on that journey more supportively.”

To promote the belief that these things were possible, he identified team members who could act as champions to experiment, to find proof and to develop and bring others along on the journey.

The IT Operations team, led by Dianne Benitez, for instance, demonstrated how to successfully migrate their infrastructure to the cloud. She now leads the charge on their automation and modern workplace platforms.

“However, the most impactful solution has been changing the structure of the team to remove the silos and create a flatter, more cohesive structure,” he says.

Within this simpler model, team members have been able to move around to find where they can deliver the most value, and the collaboration between the various parts of the team has skyrocketed.

Wilkinson takes a leaf from what their colleagues in finance and HR are doing. They are acting as “business partners” to other functions.

“We are exploring similar ways of engaging with the wider organisation ourselves,” he states.

“We’re increasingly coming to see ourselves as business enablers rather than mere troubleshooters.”