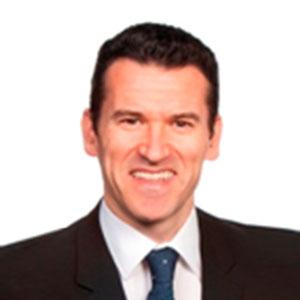 In this role, among the first innovations he initiated was developing an enterprise architecture roadmap to support the energy firm’s customer service strategy.

After several months, he and his team presented back the plan and roadmap, and received strong support from the business.

“This was something that had never been done at Contact,” he says.

“Since then, we have been successfully executing that roadmap and seeing the business strategy and benefits come to life,” says Gauld.

The initial key component of the roadmap involved moving their SAP platform and then their non-SAP applications to AWS public cloud.

“Not only did we exceed our cost savings but we quickly started to see improvements in developing new products and releasing them to market,” he says.

His team started to leverage the broader AWS service and platform such as using AI and machine learning services to deliver more business value.

He says the roadmap continues to be followed and has been a great communication tool at all levels, from the Board, to business leaders and Contact employees.

The roadmap and its implementation is a significant shift for the ICT function at Contact Energy.

A large and expensive technology implementation in 2016, before Gauld joined contact, impacted ICT’s reputation in the organisation.

“There was a real hesitancy from the business to take on any further significant technology based projects, let alone follow a technology roadmap with foundation work,” says Gauld.

“I think the keys to overcoming this were aligning the work and roadmap to the business strategy and selecting and partnering with the right third party.”

To continue the work from a structural perspective, Gauld established an enterprise architecture role and function, requested an external party to make some recommendations and filled the role internally.

Gauld says when he joined the energy company, the employee communications were limited to phone calls and conference bridges.

He got buy-in from the executive team to purchase Microsoft Surface Hub video conference screens and placed these around the different locations.

The business users were initially sceptical but quickly adopted the new technology, he states.

The adoption of Hubs also reduced the need for travel, and improved cross-team collaboration.

When the company needed to replace the telephony platform, he raised a business case to move to Microsoft Teams telephony and to use Teams as a core collaboration tool.

“It has really opened up the collaboration opportunities and taken them to a new level,” he states.

“My approach is to let business users make informed choices and create compelling business cases that are win/wins,” says Gauld, on how he worked with his executive colleagues and business units on these and other technology-enabled initiatives.

“It is important to know each of the key business stakeholders, understand their business strategies and needs,” he says. “You have to spend time with them and see things from their perspective.”

For the Board, Gauld says it is important to show good strategies, consistent delivery, and evidence that you are bringing in external and innovative thinking.

He describes his leadership style as “direct, open and honest”.

“I like to look for collaboration opportunities and also to help educate and grow others knowledge and understanding of IT and where it adds value.”

He says developing a strong, diverse leadership team is key and allowing them to grow and develop and pursue opportunities.

“In our case it was about creating a more business/customer-focused learning culture, growing leadership and focusing on inclusion to create more diversity,” he states.

He notes how 50 per cent of his leadership team are women, from 16 per cent when he started.

The team supports and promotes culture and diversity events such as Diwali and international cooking competitions. ICT staff volunteer in community programmes such as planting trees in the Rimutakas.

The latter is a programme that sees more female students spend the day with ICT teams. This provides an opportunity to experience what a career in the tech sector looks like and encourages a more diverse ICT team.

“Belief in the impossible!” is the mantra he subscribes to.

“Often you will get told in this role what can’t be done, we tried that and that’s not possible,” says Gauld.

But he has defied this, in both his personal and professional life.

Gauld says he became a triathlon athlete despite not being able to swim, not having a bike and not being a great runner.

After several years of hard training, good coaching and a strong belief in what was possible, he qualified and competed for the GB Age Group Team at the World Championships.

“I’ve carried that in my working life, and when faced with great challenges, always thought and believed about what could be possible.

One of his first senior IT roles was at JP Morgan in Scotland. The company was setting up a technology centre to support the European business.

Gauld joined the core leadership team with only a handful of staff on board.

“It was a tough start as there was little support from the executives based in the US and the London business IT groups felt threatened and were very resistant to change and potential loss of jobs.”

At that time, his leadership experience was limited. “It was a real baptism of fire,” he recalls.

But he revelled in the opportunity, opened himself to learning and was not afraid to try things, then fail and try something else.

When he left, the group had grown to over 500 people and taken on full development and support functions for highly demanding businesses in London and NY.

He says most of the staff he hired are still with the company and now holding senior executive positions.

Thus, when asked his most important career lesson as a CIO, he readily answers: “You can achieve what others will perceive as impossible... It takes good leadership, a vision, good team work, some failures along the way and strong belief to do that.”