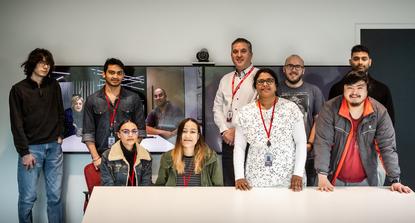 Vodafone says the team of 12 people will be based in Auckland and will help solve complex technical issues for customers.

“These technical customer service experts have been handpicked for their people skills and ability to solve complex problems,” he states.

Over the coming months, more X-Squad teams will be coming online to help customers, says Welton.

“Starting now, customers who have problems that our frontline agents can’t solve will begin to be transferred to an X-Squad case manager. It’ll likely take us until February to hit full capacity but we’re pushing ahead as quickly as possible.

“Our aim is to make solving complex issues as radically simple from a customer perspective,” he explains.

“The X-Squad is made up of multi-skilled experts empowered to deliver next-level care for the trickiest of problems. Once they get transferred to the X Squad, Vodafone customers will get dedicated case management all the way through to a fix.”

The pilot for the X-Squad is a specialist group named the TLC Team.

“The knowledge our TLC Team has gained over the past few months has been invaluable in guiding the X- Squad strategy and we’ve been encouraged by the consistently positive customer feedback the team has received,” says Welton.

Vodafone had announced in September it is investing an initial $10 million for the X-Squad.

Once fully formed, the X-Squad will be composed of multiple teams of selected and skilled New Zealand-based agents from Vodafone and from providers Tech Mahindra and Probe, located in Auckland or Christchurch.

As well as case management, the X-Squad will actively monitor for any patterns that might be a systemic problem, and feed insights into other teams responsible for root cause fixes, says Vodafone.