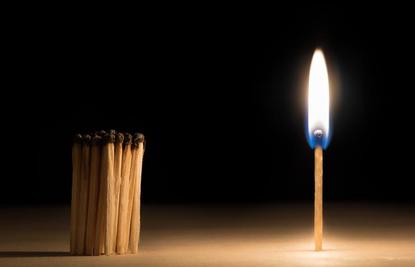 CIO New Zealand has officially opened its second annual CIO50 list, wherein the country’s top 50 most effective and strategic technology and digital chiefs will be recognised for delivering rapid change across their organisations.

With nominations running until Monday, 16 December 2019, the list will recognise and applaud the leaders who are driving innovative technology projects that have transformed their businesses operations.

A separate award will recognise the leading organisation that has developed a technology-enabled initiative that helped address a community or social issue.

CIO New Zealand has assembled a panel of industry leaders – former and current CIOs and leading IT industry analysts – to judge the 2020 list.

The CIO50 report and those awarded will be celebrated at events in March 2020, in Auckland and Wellington.

“Being ranked 1st in the CIO50 was a significant milestone for Mainfreight to achieve,” says Kevin Drinkwater, global CIO at Mainfreight, who was named number one in the 2019 report.

“More so, it was a huge boost to our technology teams to receive independent recognition of their efforts and confirmation in our ability to build world class solutions in New Zealand.”

So, what will the judges be looking for as standout entries?

“The CIO50 is seeking to understand the business transformative initiative that has been undertaken or delivered under your leadership,” says Victor Vae’au, co-founder of Sterling Group and a former CIO for the NZ Defence Force.

Having a clear understanding of the business challenge - and therefore benefits - related to the outcome is critical for judging, he says.

“What was the big picture when considering this? Was it successful? What challenges required your leadership? How were the stakeholders managed? What would you do differently next time?”

Owen McCall, an experienced management consultant, shares pointers on demonstrating leadership, one of the two pillars in the questionnaire.

“When it comes to demonstrating leadership, ‘the CEO made me do it‘ is much less powerful than I (and my team) formulated, sold and led a critical business initiative,” he states.

“There is no doubt our industry needs both,” he adds, “but I will always value strategic leadership (backed by good execution) over pure execution every time.”

He says that when evaluating leadership style questions, his hierarchy is as follows:

1.   Strategic leadership, where you initiate, sell, and execute an important initiative with organisation wide implications;

2.   Joint leadership, where you partner with your peers from across the organisation to formulate and deliver an important initiative;

3.   Executional leadership, where you successfully deliver on an initiative that was primarily developed and led from another part of the organisation;

4.   Strategic leadership within IT, where you initiate and execute an important initiative with predominantly IT implications; and

5.   Team leadership, where you explain how you lead and manage your team.

The CIO50 2020 in New Zealand is sponsored by DXC Technology.

Read more about the ICT leaders who made it to the 2019 list.