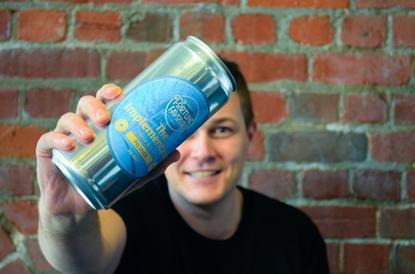 We have bold growth ambitions, so we need a robust IT architecture, which can run as fast as we do

Formerly Wellington Hospitality Group, Kāpura is named after a Māori word for fire.

It is one of the fastest growing hospitality companies in New Zealand, employing over 800 people. The group currently owns over 30 bars within the Wellington region in addition to a craft brewery, function and events business and catering business.

Working with SAP and Deloitte, the group implemented SAP S/4HANA Cloud to improve operational efficiency and employee productivity, by gaining a consolidated view of its different entities and turning real-time data insights into actions.

The implementation is part of the group’s growth strategy, as it aims to become a $500 million market leader in the next five years, says Cormac Denton, chief financial officer at Kāpura.

Denton says Kāpura needed a system that set the foundations for this growth strategy and will future proof the business.

SAP S/4HANA Cloud was selected, as its accelerated implementation timeframe decreased disruption to the business, he says.

He also notes that moving to a tier two system would have resulted in the need to upgrade again in the medium term due to their growth.

Kāpura has been able to transform its operations with minimal disruption

As a SaaS offering, the SAP system allows Kāpura to focus on growing its business, not run systems.

“We have bold growth ambitions, so we need a robust IT architecture, which can run as fast as we do,” says Denton, who is also the group's CIO.

“We chose SAP for its seamless integration with our existing operational systems, as well as providing us a platform for future innovation, as we look at technologies such as artificial intelligence and machine learning to deliver unique experiences for our customers and insights to our employees,” says Denton.

“By investing now in our people and processes, we will make life easier for our employees and ensure we can scale with minimal disruption."

He says SAP S/4HANA Cloud has enabled the team to streamline and improve transparency of data, while continuing to focus on the rapid growth of the business and delivering delightful experiences for their customers.

This foundation can be used for further innovation, including personalised customer experiences using big data, machine learning and artificial intelligence.

“In this era of change, it’s critical for small to medium sized businesses to get their digital framework right, so that their business has the flexible and agile foundations to seize the opportunity for growth.”

“By achieving an implementation timeframe of just 28 days, Kāpura has been able to transform its operations with minimal disruption,” says Cameron.

“SAP S/4HANA Cloud will help Kāpura create a thriving hospitality scene in Wellington, across New Zealand and beyond by supporting local communities and striving for excellence in hospitality.”

“At the outset we collectively set an audacious goal, and then worked cohesively in partnership to ensure a successful outcome.”