The Implementation Trustee for Open Banking, Imran Gulamhuseinwala, says just one of the big technology giants has shown an interest in open banking, while also sharing an update on consumer uptake of new services 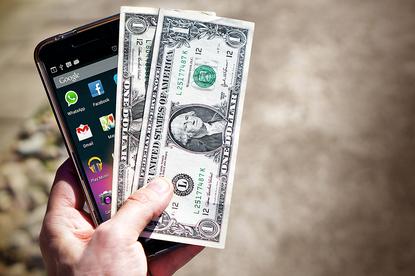 US tech giants Facebook, Apple, Amazon, Netflix and Google - or FAANG as they are collectively known - have shown little appetite to jump into the UK's financial services market under new open banking rules, according to the Implementation Trustee for Open Banking, Imran Gulamhuseinwala.

"I think we don't yet know [why], because the big tech firms have not been particularly vocal as to what they intend to do in the open banking space," he said, while speaking on a panel this week during the Innovate Finance Global Summit in London.

Any company wanting to offer open banking services, such as a money management app that accesses customer's financial data, would have to register with the implementation entity and be verified by the Financial Conduct Authority (FCA) to participate in the ecosystem. "Any entity that is interested in coming into the ecosystem has to put their head above the parapet in our world, because only authorised entities can use open banking," Gulamhuseinwala said. "To be honest, I see relatively limited interest from the traditional big tech firms with regard to open banking."

Gulamhuseinwala believes there to be two reasons for this. "One, we are in Europe, and in Europe the nature of the debate around customers' relationships with their data and precisely where, particularly big social media and search platforms sit, means that actually, they're doing quite well out of the access that they have to consumers' data already, and their ambition to get more data, specifically more sensitive financial services data, doesn't really appear to be there."

Shots fired. The second reason, he thinks, is "that they really struggle to look at each geography independently". What he means is that if these companies want to launch a financial services product they would have to tweak it for each geography at present, something they may not have the appetite to do until these regulations converge.

"They may - and I hope that they will - converge over a period of time, but at this point they are very different. I can't see any big decisions being made in Mountain View or any of these other places where they will take a view to target the UK market," he said. "So I don't see it as being imminent at the moment."

Of the FAANG companies, there is one exception however, but Gulamhuseinwala is keeping his cards close to his chest. "There is one exception to that - and they're all very different and deserve a discussion in their own right - but there is one that's very different, but I think they're doing that to serve their core business model, and not to get more information on customers." It would be conjecture to guess who he is talking about here but our money is on one of the A's in FAANG.

We are 15 months into the open banking revolution here in the UK and little has drastically changed so far, with the big banks and fintech companies preparing their systems to comply with the new regulations and dabbling with the sort of services that the opening up of customer data enables.

Gulamhuseinwala said: "We are getting towards the end of the beginning. By that I mean for 15 months both myself and the central team, which numbers in the region of 150 people, and the nine banks that fall under the mandate of the CMA [Competition & Markets Authority] order, have been working very, very hard to get the underlying technology to work, to get the underlying liability framework to work and to make sure that as it does become live and consumers can use it, their safety, their security is paramount."

Adam Farkas, executive director of the European Banking Authority (EBA), which is responsible for the Revised Payment Service Directive (PSD2) added: "I would say it's too early to judge at this point. The short term expectation of the implementation of PSD2 and open banking initiatives is still a lot of pain. Because we are in a phase of implementation, a phase of providing clarity, both on the regulatory side as well as on the industry side.

"The medium-term expectation I would have is much brighter. I would be very, very positive of that one. We do expect a genuinely better quality of service for the consumer in the payments market, across international borders, we do expect increased competition.

"The long-term expectation we have - and this is not in the next three years, but probably beyond that - is that the European payments market will become a market which is allowing terms to scale up, it will allow market participants to compete in new ways and new forms, and to be competitive on a global scale. I think this is very important behind the idea."

When asked by the moderator, Faith Reynolds, how many consumers are actually using open banking-enabled services, Gulamhuseinwala again stated that it was "too early" to divulge "quite how many customers are using it." He again gave two reasons for this: "One is that technically, it's quite complicated. Secondly, I want to be really confident that actually we have numbers that are very trustworthy, so for the UK as a whole, we can really see what proportion of the population are using this," he said.

He does hope to share some figures "in a matter of months, certainly over the course of this year," and is confident that "the numbers that we are seeing are material and they are growing and that is fantastic to see." The Open Banking entity does share some pretty transparent monthly updates on things like the number of API calls and registered third parties on its site.

"I think it is important to just figure out how they layer up, and they start at the very essence with one: have you created a standard and does that work? Then number two is: have the banks implemented and does that work? Number three is: have we got [third party providers] that are authorised and are they able to connect to the banks? Then are they able to figure out propositions and test those propositions and get those propositions to the market? Then finally, at the end of that very long gestation period, you actually get real consumers actually engaged with it," he added.

Then the implementation entity will embark on a "qualitative assessment of products and propositions available through open banking, and make sure that they are actually delivering the kinds of benefits that everyone [expects]," he added.