The Instillery moves its headquarters to Hamilton 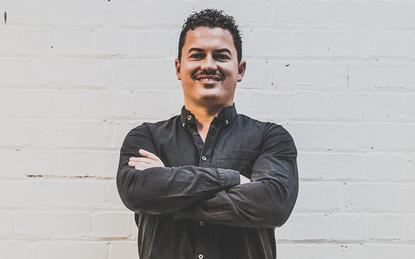 We have stuck to our knitting, working with clients that value our co-pilot approach versus the traditional systems integration/services provider approach of ‘holding the controls at ransom’

He is confident this will not be the case for The Instillery, which moved its headquarters this week from Auckland to Hamilton.

“We are a challenger in the ICT market. This spot is right in the heart of Hamilton CBD where there are a lot of businesses.”

He says the location will also help attract exciting new talent who would like to work in a vibrant city.

For Jenkins, moving the company’s HQ to Waikato is a return to the place he grew up in.

There is a lot of young talent in the area who also have moved away to pursue jobs elsewhere as they thought those were their only options, he says. “We want to give people an opportunity to be around their family."

At the same time, he says, there are amazing businesses in Waikato, some of which are global exporters, but are “massively underserviced” by other providers.

Jenkins says the Instillery has grown from an idea discussed with some friends at an Auckland bar, to becoming "a true world-class cloud enabler of over 100 staff which operates across three countries with a Kiwi headquarters".

We have an award-winning team of transformational technology consultants, genuine builders and co-pilot operators that partner with the likes of AWS, Google, Hashicorp, Microsoft, Riverbed, Kubernetes and Zscaler across New Zealand, Australia and the UK, says Jenkins.

“Over the past five years, we have stuck to our knitting, preferring to work with clients that value our co-pilot approach versus the traditional systems integration/services provider approach of ‘holding the controls at ransom’."

The co-pilot support model is core to the company’s DNA, says Jenkins. "This approach is designed to take the sharp edges off the traditional models of insource or outsource which both have their downsides."

“To give you an idea just what this involved, it included a ground-up rewrite of all our commercial agreements,” says Jenkins. They also selected technology that could support this model, and had a rethink of their support services and the consulting and project services to help customers accelerate cloud adoption.

“Where customers recognise that this approach helps them retain ownership of their IP, blend their resourcing more effectively, and work towards a shared vision, that’s where we find we go well and more importantly for them, secure the executive support to realise the biggest measurable impact in the shortest time,” he states.

He says growth of The Instillery has also been delivered through the acquisition and integration of Vo2 in 2018, and their increased investment in Wellington where they have signed up some major customers.

“We have combined our capabilities with Vo2 to offer some serious firepower to our clients - emerging as a true disrupter, emerging technology provider and with the scale to support our clients in all stages of their individual cloud adoption journey, whether that's in Auckland, the Waikato, Bay of Plenty, Hawkes Bay or Taranaki.

He says through the years, discussions around cloud services have shifted.

“Everyone recognises the business case for cloud,” he says. “We were very early in making people realise the benefits of moving to the cloud beyond proof of value and pilots, to really looking at mass adoption.”

He says moving into the cloud is not defined by a sector of vertical.

When the cloud was emerging, industry analysts talked about a time where ‘cloud’ won't’ be a thing, there will just be computing, and that will be inherently public cloud-based.

“We aren’t there yet, maybe we’ll never get there, and to some extent demand for private cloud is growing for certain use cases,” he adds, “which is why we have expanded our services to include private cloud as part of our multi-cloud philosophy.”

He says the clear demand from organisations is for simplified consumption and service models.