IDC looks at digital transformation trends across the globe, and their impact on New Zealand 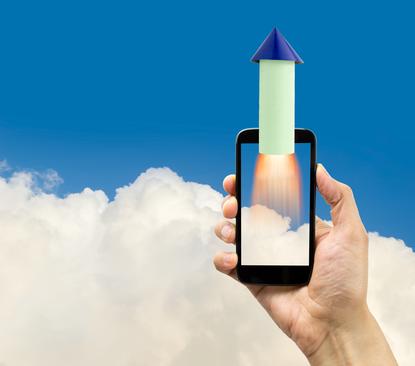 In four years, 40 per cent of Kiwi employees will be working with bots or other forms of AI

The world is moving to the next chapter of digital transformation: technology driven transformation altering business and society, reports IDC.

In this environment, the race to innovate is a constant, with organisations tackling multiple factors - data, cybersecurity and digital talent gap - in order to survive and thrive.

So how are New Zealand organisations handling these multiple challenges in the digital era?

Over the past few years, the digital transformation landscape has changed in New Zealand, says IDC. Previously, the term was linked with experimenting digital technologies with many proofs of concepts and few scalable deployments.

This, however, has changed, with the increase of major digital transformation deployments from industry leaders at scale.

In fact, by 2020, IDC predicts at least 55 per cent of NZ organisations will be ‘digitally determined’, transforming markets and reimagining the future through new business models and digitally enabled products and services.

“This is a strong sign that NZ enterprises are increasingly relying on digital to foster innovation and create a competitive advantage,” reports IDC in its FutureScape: Worldwide Digital Transformation 2019 Predictions - New Zealand Implications (see sidebar at the end of the article for the top 10 trends).

The shift to become ‘digitally determined’ will also coincide with more digital capabilities being realised in NZ businesses.

The report notes how over the past three years, the chief digital officer role (CDO) has emerged in both public and private organisations in in New Zealand. These executive roles were tasked to kickstart digital transformation and provide strategic business direction.

According to the latest FutureScape, however, in four years the CDO title will be in decline as digital becomes embedded into the business. In New Zealand, this decline is happening at a much slower pace as CIOs are still shifting to a CDO role, rather than becoming a digital CEO.

Nonetheless, the global average is over 60 per cent, and this lower level of perceived pressure is one of the reasons that IDC is predicting New Zealand will be slower to adopt the digital CEO model.

IDC says New Zealand’s uptake of NPS is at par with Australian businesses. NPS maturity, however, differs between organisations and industries. While many organisations use NPS as a score, far less have embedded NPS as a system and framework.

Collecting and analysing data is one thing, but the key is to act upon the data, reports IDC.

IDC notes that many New Zealand organisations are undergoing a transition to become more data-driven.

The growth of organisations, such as Qrious, is evidence of Kiwis' desire to become more data-driven, the report states. The drive exists, but many organisations need the help of external companies to implement clear processes to organise, analyse, and optimise organisational data.

As the report points out, data analytics mean nothing unless the data sets being examined are clean and accurate. Until Kiwi firms can get this right, IDC predicts a slow rate of adoption in data monetisation in the short-term.

Those that will choose to monetise their data are likely to be larger organisations with established processes in place for data management.  “We are seeing this with companies such as the Warehouse Group, which sells retail data for industry insight,” says IDC.

The FutureScape report notes that the term ‘digital twins’ has gained momentum, with companies deploying early versions across industries.

It predicts by 2020, 20 per cent of the top 100 companies in New Zealand will have implemented advanced digital twins of their operational processes, which will enable flatter organisations and one-third fewer knowledge workers.

According to IDC, there are additional benefits in terms of increased operational speed, as well as the ability to scale, not just the volume of products and services but also the variety.

For the ‘digitally determined’ organisation, this will mean not reducing the number of knowledge workers in the organisation by one-third, but enhancing its ability to increase output by one-third without additional resources.

FutureScope peers into the workplace of the future and predicts that in four years, 40 per cent of Kiwi employees will be working with bots or other forms of AI. This will require company leaders to redesign operational processes, performance metrics, and recruitment strategies.

It points out how the IDC Worldwide Cognitive Adoption Survey finds 75 per cent of New Zealand businesses (compared to 70 per cent of their counterparts in Asia Pacific) have either already adopted or have plans to adopt cognitive systems within the next five years.

These include the New Zealand government, which has invested in an  inter-governmental chatbot called ‘Tai’. Tai uses natural language processing and covers multiple databases stemming from collaboration between the Ministry of Primary Industries, Customs New Zealand, the IRD, and MBIE.

The next trend involves allotment of capital for digital transformation, according to IDC. The report predicts by 2020, a quarter of the top 100 NZ companies will have allocated capital budget equal to at least 10 per cent of revenue to fuel their digital strategies.

A recent worldwide survey by IDC finds about 60 per cent of the digitally distressed or DX laggards said funding came from cost-cutting.

As more executives outside the office of the CIO/CTO see what early digital transformation efforts have achieved, however, they have begun to think more strategically about how to finance needed transformations, as well as how to speed them up.

This is true for the digitally determined leaders, says IDC.

When asked where their money was coming to fund digital investments, the most popular answer was "capital funding”. This means the CEOs of the digital determined firms view digital as a long-term investment.

IDC also sees the role of the DX platform in accelerating DX initiatives for the enterprise. The platform allows the rapid creation of externally facing digital products, services, and experiences, while modernising the internal "intelligent core" environment in parallel.

The key objective of the DX platform is to create a network of connected customers, partners, and suppliers that use (and pay for) the information and services available to them.

By 2022, it predicts prominent in-industry value chains, enabled by blockchains, will have extended their digital platforms to their entire omni-experience ecosystems, thus reducing transaction costs by 35 per cent.

Blockchain technology can be utilised to enhance the DX platform, as blockchain enables transparency, data integrity, real-time data exchange, automation, and resiliency. Multi-organisation blockchains are already being trialled by New Zealand organisations. These include Fonterra's foray into tracking products shipped to consumers in China, and ANZ's implementation that seeks to improve relationships between insurance brokers and insurers.

This statistic shows that New Zealand organisations consider blockchain to be valuable when its implementation aligns and enhances specific use cases. Nonetheless, piloting blockchain only when ROI is clearly defined will slow the overall adoption of blockchain technology in New Zealand.

Blockchain, meanwhile, will be tapped by approximately 25 per cent of large manufacturers and retailers in NZ in four years. By that time, these firms will have built digital trust through blockchain services that enable collaborative supply chains and allow consumers to access product histories.

IDC says numerous local organisations have already begun exploring blockchain within supply chains. An example is the collaboration by AsureQuality, NZ Post, and NZTE create the Food Trust Framework, allowing an electronic record to be built from producer to consumer, ensuring quality, authenticity, and safety. Developers Sylo and Trackback are partnering to build a blockchain- powered platform that allows consumers to purchase and then follow products through the supply chain.

Therefore, blockchain within New Zealand will begin to develop with only the largest companies and innovators onboarding systems, meaning that the country will lag behind global standards, waiting instead for global leaders to refine blockchain use cases before imitating and implementing.

By 2023, 85 per cent of entities will have incorporated new digital KPI sets — focusing on product/service innovation rates, data capitalisation, and employee experience — to navigate the digital economy.

In four years, majority of organisations (85 per cent) will have incorporated new digital KPI sets -  focusing on product/service innovation rates, data capitalisation, and employee experience — to navigate the digital economy, according to IDC.

IDC's 2018 Digital Transformation Executive Sentiment Survey finds 60 per cent of NZ respondents indicated that they have already deployed some form of new KPIs related to digital transformation. In the same survey, nearly half, 47 per cent stated that these indicators were being used for strategic planning or guidance.

IDC notes these responses place NZ ahead of the pack when it comes to digital implementation and transformation, indicating the high value NZ organisations place on their digital literacy compared with their global counterparts.

Apart from the traction within the development sector, IDC also anticipates digital KPIs to become a priority as digital transformation occurs in government, manufacturing, retail, health, and other sectors.

At a glance: The 10 global trends and their NZ implications