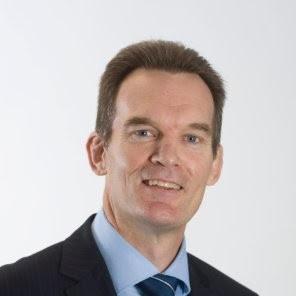 It is the role vacated by Russell Jones, who is now executive general manager - technology and operations at Bank of New Zealand.

“I’m excited by the prospect of being able to make a difference in the lives of New Zealanders and using my knowledge to help ASB continue making banking simpler, and accelerating the financial progress of its customers,” says Sims, who is from Masterton.

She says Sims is a respected customer-focused leader motivated by a passion to make banking simpler for everyone. “He is highly regarded with extensive experience and a proven track record of progressive thinking,” says Shortt, in a statement.

Sims has worked in a range of roles in finance, including sales, strategy, human resources, technology, retail and business banking across 18 different markets in Asia-Pacific.

Prior to ASB, Sims was with ANZ in Melbourne, where he was customer operations lead. His previous roles at ANZ included group general manager operations and services, chief operating officer, enterprise services, and COO NZ and head of transformation.

He oversaw the merger of the ANZ and National Bank, a project that spanned from October 2010 until December 2012. The simplification programme meant that the organisation now has one brand, one infrastructure and one way of dealing with customers.

Assessing some lessons learned during that project, he told CIO New Zealand: “You have to be brave enough to call it and do the right thing... It’s not worth losing reputation or customers over faster delivery.”

Get the latest on digital transformation: Sign up for CIO newsletters for regular updates on CIO news, career tips, views and events. Follow CIO New Zealand on Twitter:@cio_nz