How government CIOs can step up digital initiatives: Gartner

If progress remains elusive, the focus should be on the urgency and readiness of the organisation for digital change, says Dean Lacheca, research director at Gartner. 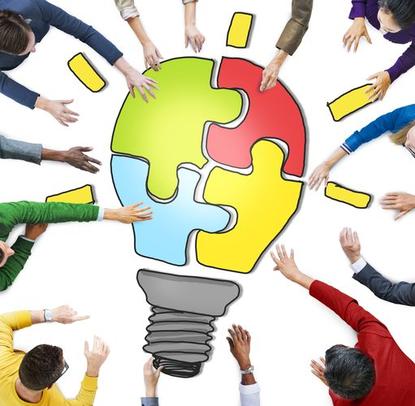 However, their ability to scale these initiatives is increasing slowly and progress lags behind that of other industries, according to a recent survey by Gartner.

Gartner distinguishes five stages on the road to digital transformation::

Delivering: New digital government services to the citizens/constituent base.

“Ninety-one per cent of government respondents consider themselves at one of the first three stages, which focus on the development and introduction of new services,” says Dean Lacheca, research director at Gartner.

“The survey results indicate a lack of effectiveness by government organisations at scaling their digital business,” says Lacheca, author of the report Digital Business Transformation: A Government Perspective.

A digital business and technology strategy cannot exist on its own. It must be part of a larger business transformation journey, he points out.

“If strategy and ambition are aligned with business priorities, but progress remains elusive, the focus should be on the urgency and readiness of the organisation for digital change,” he adds. “If there is no urgency to act, or if the culture is not ready to accept change, progress will remain slow.”

For government CIOs, Lacheca lists the following steps to take:

■ Determine the internal and external factors that are influencing the future ability to deliver against it mission. Use this to gauge the urgency for digital transformation within the organisations.

■ Combine this picture of urgency with a clearly documented business strategy, and use it as input into executive-level discussions aimed at establishing a shared understanding of the digital ambition of your government organisation.

■ Assess the gaps or changes required in the organisation’s culture, governance, leadership, skills and talents to support digital transformation.

■ Establish and communicate a roadmap for digital transformation that illustrates the correlation between delivering against the digital ambition at a pace that correlates to the improving organisation's readiness.

He says ecosystems are key to helping government organisations scale their digital business. Collaboration with partners, including employees, citizens, consumers, startups, digital giants and service providers, can play a major role in scaling the benefits of digital government.

The survey shows that government respondents already use a range of business ecosystems. Over half of respondents use third-party developers to deliver value to citizens. This figure is substantially higher than that for all the survey respondents (41 per cent).

“Government support of services built by third-party developers can be directly linked to open data, open APIs and support for civic technology. This a big step in the right direction,” says Lacheca. “To exploit the full potential of ecosystems, government CIOs should explore new partnerships.

Other external ecosystems, like those of startups and citizens themselves, offer tremendous opportunities, he says.

In the Gartner report, Lacheca notes how regardless of comparable ambition, government lags behind all other industries when surveyed, in terms of their ability to scale.

He says this is consistent with previous surveys by Gartner and indicates an ongoing challenge for government.

Part of the problem is the ability to convert ambition into deliverable strategy, he notes.

However, 40 per cent of respondents indicated that they were very effective at factoring digital business considerations into strategy and planning, with a further 42 per cent indicating that they were effective.

The survey also found that governments are working to improve the digital dexterity of their employees.

Forty-eight per cent of government respondents rated this critical to the success of their digital business. Nevertheless, 58 per cent indicated that they have no formal program to ensure their workforce has the digital skills needed for digital business success.

“A digital workplace programme is the most effective way to bring together a higher standard of workplace technologies with the development of digital skills needed to increase digital dexterity,” says Lacheca.

“Government CIOs should work with HR to assess the current state of digital dexterity and develop an organisation-wide programme.”