What is the UK government's open data strategy? 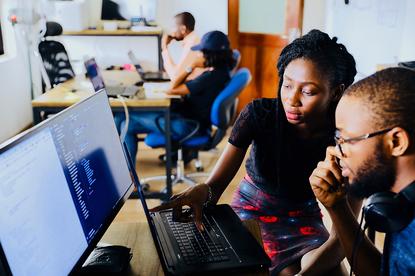 Open data has become a growing focus for governments around the world, and the UK is no exception. The country topped the World Wide Web Foundation's global rankings for public access to official data the last time the list was published in 2016, but the strategy is not without its critics.

The foundations of the UK's open data infrastructure were laid by the last Labour regime. In 2010, Prime Minister Gordon Brown's administration unveiled the Open Government License, a free and perpetual copyright licence for works published by the government, and the data.gov.uk repository of public sector datasets.

"It's such an untapped resource," Sir Berners-Lee told BBC News when the project was unveiled in 2010.

"Government data is something we have already spent the money on... and when it is sitting there on a disk in somebody's office it is wasted."

The data.gov.uk team launched the project with 10 initial services built on the data, including FillThatHole, which uses location data from the Office for National Statistics to enable people to report road hazards, and PlanningAlerts, which finds planning applications on local authority websites and then automatically emails the details to people signed up to the service.

The site has grown from around 2,500 datasets on its launch to over 45,000 today, but concerns are growing about the current administration's plans.

In June 2012, every Whitehall department produced an open data strategy, but not all of them have gone on to provide the same quantity of of data in a clean and accessible format.

Limitations include data not being published or recorded. When it is released, it sometimes features redactions and lacks effective categorisation, and flagship datasets such as transactional level spending for government departments are often out of date.

"Most departments are middling: there's some good and some bad practice," open data campaigner Owen Boswarva told Computerworld UK in 2015. "The general rule is departments see the virtue in open data when they can leverage it to support another policy or initiative, but lack a systematic approach."

Transport and heath have perhaps the best reputations. The departments were early to embrace open data and developed their own policies that helped them build effective public data programmes.

The Department for Transport's embrace of open data has helped improve public services and enabled the private sector to develop new products such as transportation app CityMapper.

TfL has gained particular praise by providing easy access to timetables, service status and disruption information for free to anyone. Developers use this information to create new transport products and services, which helps TfL extend the reach of its own information channels in stations, bus stops and online. The local government body claims that more than 600 apps used by 42 percent of Londoners are now being powered by its selection of over 80 open data feeds, which are available through a unified API.

Research commissioned by TfL and conducted by Deloitte estimates that the provision of this data adds up to £130 million a year to London's economy.

It anonymises or aggregates data in line with national standards and regulations through its own website and through data.gov.uk. In 2017, the Health Secretary launched MyNHS open data challenge, a £100,000 fund to reward the most creative apps and digital tools to improve services.

Defra has also been commended for its efforts. In 2015, the department released 8,000 datasets, 1,000 of which are on farming, which people in the agriculture sector can use to understand the health of livestock and find the best land to cultivate.

"They're treating data as a public asset, which is exactly the right thing to do," then head of GDS Mike Bracken said at the time. "If other departments are wondering what to do with their own piles of data, I have four simple words of advice: get it out there. Take a look at what Defra are doing, and see what you can learn from it."

The government provides lists of information on GOV.UK Registers, which different public bodies can use to design and build services. The platform is designed to provide a reliable source of up to date government data that is quick and easy to source and doesn't require data cleansing. The registers range from allergens referenced in Food Standards Agency food safety alerts to lists of Jobcentre offices. They have been used to create the Cabinet Office's GOV.UK Pay system and the Parliamentary Digital Servoice's E-petitions service.

Local councils under the strain of sweeping budget cuts have been criticised for their reluctance to open up their datasets, but a number of them have created their own services. A notable example is Birmingham City Council, which has created a Civic Dashboard that gives local people an online, accessible way of understanding what's happening in the city by mapping, timing and categorising the calls, visits, website enquiries and emails that come into the council every day.

"Our focus is to make the data open and accessible and create the right conditions that will enable them to derive the benefits of being part of our smart, connected and open city," said Paul Tilsley, the deputy leader of Birmingham City Council and chair of the Digital Birmingham Partnership.

The government has promised to provide more data in future to both the public and private sectors. In December 2017, it published new guidelines on what data should be released and how to ensure that it would be easy to find and available in the most usable format.

"I now want the government to embrace the next stage of the transparency agenda," said prime minister Theresa May. "Data needs to be in an open and usable format so that third parties can re-use and create value from that data. It is not enough to have open data; quality reliability and accessibility are also required. We must continue to look at how the range of information published by government can be expanded and made as useful as possible to citizens, business, the voluntary sector and government itself."

The future of open data in the UK

A number of new open data policies followed in 2018. Key parts of the Ordnance Survey (OS) MasterMap were released to help businesses use geospatial information more easily. The data has already been used to support driverless vehicles, 5G and connected vehicles.

Home secretary Sajid Javid plans to release data locked away in arms-length bodies such as the Homes and Community Agency and to make it easier to access difficult foundational data including geospatial identifiers, while universities minister Sam Gyimah has launched a £125,000 open data competition for tech companies and coders to develop new digital tools to help students pick university courses.

These announcements have not allayed concerns that the government embrace of open data is loosening.

A November 2017 report by the European Commission suggests the UK's reputation for open data is starting to decline. It ranked the country ninth out of the 28 that it assessed, noting that the UK doesn't have a predefined approach to keeping datasets up to date, and that the use of data in the country was declining.

Problems persist with legacy systems, interoperability, data silos, and skills, but recent developments in Whitehall have raised concerns about how they will be addressed. Responsibility for open data and all other data policy and governance was recently transferred from the Government Digital Service (GDS) to the Department for Digital, Culture, Media and Sport (DCMS). The move suggested that the government wants to centralise control of data.

In August, HM Treasury released a discussion paper suggesting that the current administration was questioning the ideal of universally free data.

It argued that open data could impede on security, privacy and profits.

"Rather than rely on an open/closed distinction, data access should be seen as a spectrum, with different degrees of data openness," it read. "There may be instances in which it is appropriate to increase access to data, but where as outlined above, it is inappropriate for that dataset to be made completely open.

"There may also be instances where the government wishes to retain control of valuable datasets that can be used for commercial purposes, in order to ensure that a fair proportion of the benefits derived from public data accrue back to the general public. In these cases, publication of public sector data under the Open Government Licence may be inappropriate."

The signs suggest that the government's approach is changing and its doors to data could be closing. (IDG News Service)