How voice technology will reshape business

Everybody expects voice tech and virtual assistants like Google Assistant, Alexa and Cortana to make a big splash in the enterprise. Here's what to expect. 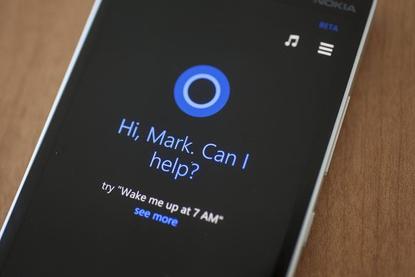 A huge gulf exists between what businesses know about voice-enabled technologies, and what they do about it.

To illustrate that fact, Globant surveyed more than 600 senior decision makers and found that while huge majority of respondents see big benefits to voice technology, only 31% use it daily at work.

It's no secret that voice technology is valuable. Just look at the consumer smart speaker market. More than 43 million Americans now own one. Many of the people who will eventually use voice technology at work are already using it every day at home.

Google says some 20% of all searches today are voice searches.

Within two years, 30% of all web browsing will be done without a screen, according to Gartner, along with half of all searches, according to ComScore.

And yet only a tiny fraction of this is being done at work for professional purposes.

Smart speakers - such as the Amazon Echo line and related devices, Google Home devices and the Apple Home Pod - are directly aimed at consumers. But all the major companies are working on developing platforms for businesses and enterprises.

Pindrop says that three-quarters of all businesses are planning to invest in customer-facing voice systems based on Cortana, Google Assistant and Alexa. Smaller but significant percentages are investing in similar systems based on IBM's Watson, Apple's Siri and even Samsung's Bixby.

IBM says the tool is preferable to using Alexa for Business because it doesn't give the data and control to Amazon - or IBM, for that matter.

Cisco's Spark Assistant is focused entirely on meetings inside enterprises. The company intends to build it into all its conference room devices and make it available on any client device.

The Spark Assistant is especially interesting, because it's based on the work of a company called MindMeld.

Five years ago, MindMeld was an experimental app I used; it would listen to a conversation and kind of free-associate with search results based on what was said. Further development of this concept, especially if in-house data were employed, would make an amazing meeting tool, where a screen would be constantly refreshed with facts and context about whatever's being discussed at the moment.

The assistant can also record meetings with a command, and the product will be able to take action items, send meeting summaries and help plan future meetings, according to the company.

Even Mozilla is building a voice-activated web browser called Scout, according to a leaked agenda item for a company all-hands meeting in San Francisco recently.

Everybody knows these products are here or coming soon. And the consensus is they'll make a big impact. But what's poorly understood is the glaring problem we're facing with one application - voice search - and the true benefit of voice-enabled technology.

Let's start with the Big Problem with voice technology: search.

The unresolved problem with voice-activated search, which is a major part of how people do and will use virtual assistants, is that the result is a single answer, not an endless list of ranked options.

That sounds like a small thing; in fact, it's a huge problem that nobody has a solution for.

Search result rankings today are highly contentious, the source of major investigations and fines when companies like Google are found to favor their own results unfairly.

Such cases are almost always brought by Google's competitors, who feel that the order of results on the first page of results is unfair. Such complaints are likely to grow when virtual assistant-based replies represent not all results ranked, but a single result chosen by companies like Google.

This is why the new realm of voice search optimization will become a make-or-break skill and task for enterprises hoping to stay relevant.

Businesses are already uneasy about the power of search engine companies like Google because their search algorithms determine the rank or order of search results. With voice search, such companies will choose the one and only result.

While voice search is probably the No. 1 application for voice technology today, in the future it will be stalled and hampered by the one-result problem.

For non-search tasks, however, voice technology will be far more transformative than expected.

Amazon's CTO, Werner Vogels, calls voice the "the universal user interface." It's the UI that requires no training, and which almost anybody can use.

While voice interaction is, in fact, a user interface, the impact will go far beyond how people interact. It will change how companies function.

Voice-activated technologies will facilitate the smart office, where IoT devices will transform how everything works. Office management will be transformed by intelligent devices, which will increasingly enable voice interaction for finding out basic facts about office equipment, including location, service status, who the users were and others.

Voice-based note-taking means meeting participants are free to participate, instead of keeping their eyes glued to a screen and their hands glued to a keyboard for note-taking.

And voice will transform business communication. Increasingly, instead of every user crafting exact wording for email or, say, a Slack communication, voice technology will enable a command and description - for example, "tell Janet I'd like to meet tomorrow afternoon" - and the virtual assistant will arrange the meeting.

This kind of A.I. assisted communication will increase collaboration. It will increasingly enable employees who used to be considered disabled, and unlock new talent for an organization.

In manufacturing and distribution centers, much of the work conducted with a screen, keyboard and mouse will be replaced by a spoken conversation with an agent, freeing up hands for other duties and enabling employees to stay focused on the job.

Voice technology will similarly transform customer service, training, data access, identification and authentication and nearly all aspects of IT.

Everyone who interfaces with a company using voice technology - whether C-level executives, rank-and-file employees, customers, partners or the government - will enjoy a sense of intimacy, personalization, frictionless data access and even a sense of fun.

We'll move from everyone focusing on using equipment operation skills to focusing instead on problem solving, creative thinking and learning.

Over the next three years, enterprises will increasingly adopt voice-enabled technologies. In advance of this change, it's time we stop thinking about voice tech as a great boon to search - it's not.

And we should also stop thinking about it as nothing more than a user interface - it's not that, either.

In reality, voice-enabled technology is part of a total and largely positive shift in how enterprises will operate, how business people interface with both data and each other and how customers are ultimately served.