Moving core platforms to the cloud was a critical step, but the energy firm did this in tandem with a shift in culture and mindset on new ways of working. 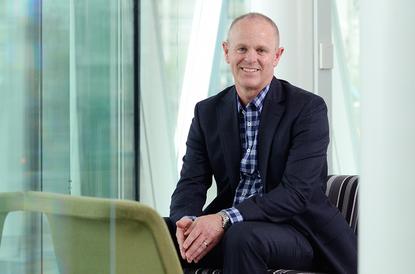 We clearly communicated the changes and impacts across the business

After completing a two-year programme moving its core platform and SAP landscape into the cloud, Kevin Angland summarises his lessons learned in undertaking digital transformation programmes.

“In order to mitigate the impact on our people, processes and technology, we took a phased approach,” says Angland. “We clearly communicated the changes and impacts across the business.”

Angland explains the cloud initiative was started before he joined in 2016 as Mercury’s first GM of digital services.

“One of the challenges many organisations face is that you believe you have unique requirements and are better at running your own datacentre and infrastructure than most providers in the marketplace,” says Angland.

That was where Mercury was in its cloud assessment in 2015, and on the back of that assessment, it chose AWS as being the right fit for the organisation.

He says SAP was one of the last platforms that Mercury moved to the cloud.

He says the smaller cloud ready business apps were moved prior to this.

“We did not see much point in moving SAP to the cloud without the underlying database operating system and software code changes,” he states.

This was a significant programme in scale from Mercury’s perspective and something they have not undertaken before, says Angland.

“One of the challenges was aligning with the appropriate implementation partner.”

We are a cruise ship, technology is like a speed boat. How do we keep up with that?

The second challenge was ensuring the business understood the role they had to play, and that they were ready and prepared to support the programme, he states.

“We had a very old instance of the IS-U platform which was SAP’s Industry Specific Solution for Utilities Industry,” he explains.

This SAP platform was implemented in 1999. “I best describe it as saying Mercury had really sweated that asset, there had not been a lot of investment in the platform beyond some small incremental change," says Angland.

He says the first step they took was an upgrade of the SAP platform.

The second was to move it from an on-premise physical hardware environment and migrate the entire platform to AWS cloud. This migration is now complete.

He says there was an early phase, a proof of concept, to test that they could run the SAP platform on the AWS environment.

The business case to migrate it to AWS was then presented to the Mercury Board in late 2016.

The main project really kicked off in November 2016.

“We want to satisfy customers and make use of emerging technology that is becoming available, that is the primary driver,” he says.

Plus, he says, moving to the cloud, the organisation gets the benefits of scale and resilience without having to procure and build the platform themselves.

“We needed the business to support that over a 12-month period,” he says.

Subject matter experts and those involved in user acceptance testing, needed to be made available external to staff performing their day to day jobs, to support the programme, he says.

“The most feedback that we get the users of the system, is how fast it has been compared to what they have been used to previously.”

Our customer service representatives tell us how much more efficient they can be because the system’s performance is much better.

“The more important benefit is that we have now got a digital ready core customer and billing platform,” he says.

“What we are now doing across the business is creating a great digital experience and self service capability. We could never do that without the upgrade,” he says.

Uncomfortable grey is the new black

From my personal perspective, what Mercury has delivered is an absolute standout, says Angland. “And it couldn’t have been delivered without partnerships”, he says, citing the work they did with AWS, SAP and Soltius.

We were working together with a single outcome and a single goal, he adds.

“I think as the workforce of the future evolves and we rely more on ecosystems to get things done, that will include working with different parties and different people,” says Angland.

“If you do not have a shared outcome, when the challenges occur you tend get to a finger pointing conversation as opposed to, ‘how do we work together to get it right?’”

“Now that we are doing work at the digital layer of the platform, we have to build a more agile digital capable workforce,” he says, on the impact of the cloud migration to his team.

“We set up a small team largely with IT capabilities with a couple of business units as an experiment to test and learn how agile delivery would work in a Mercury way.

“Then, we invited people to just come and have a look. We invited colleagues from across the business to come and observe the stand ups that were occurring.”

These executives, in turn, talked to their teams.

In a lot of respects, they have adopted what many IT people would call traditional Agile or scrum practices and they have taken that into their own offices and their own teams, says Angland.

He says this extends to the finance team and the power generation sites.

Angland says some of their dedicated agile scrum people coached the other departments, “but in many cases they are just adopting what they are seeing, to suit local conditions.”

“And building that increased cadence and increased visibility for things done at a faster rate,” he adds.

“They have all come as a result of recognising that to compete in the market we need to be a more digitally engaged business and therefore people, process and technology changes are required.”

The key was to share developments and connect with the wider team, she says. This way, “you are inspiring a whole of business change.”

She stresses the word ‘evolution’ in their approach to change management.

“Change is hard, how do we change the way we are working?”

Salton, who came from ASB and Spark prior to joining Mercury, says technology change is surpassing the business change, “so how do we take the business alongside with us?”

“We are a cruise ship, technology is like a speed boat. How do we keep up with that?”

But, as she points out at a recent Datacom forum on emerging technologies, technology is the least of the organisation’s problems as it moves towards the digital era.

“Mindset, culture, ways of working….that is the hardest part,” she says.

She links their approach to the mission of Mercury: Energy freedom, or inspiring Kiwis to enjoy energy in more wonderful ways, and how to execute this.

Opportunities aligning with their mission include delivering customer advocacy, leveraging core strengths, and delivering sustainable growth. The end goal is to be New Zealand’s leading energy brand, she says.

She says the team took advantage of emerging technologies and partnerships to inspire change across the organisation.

They explored and experimented with these technologies to identify new opportunities for growth, innovation, optimisation and efficiencies across Mercury.

She says they also adopted a lean innovation process approach to allow them to realise value quickly and meet market and customer demand.

We want to satisfy customers and make use of emerging technology that is becoming available, that is the primary driver

“We are engaged in collaborative partnerships, co-innovating future opportunities for Mercury and the wider market,” she says.

She says Mercury worked with Datacom on their deployment of Alexa, Amazon’s voice-activated service, as another channel for customers.

Mercury customers can now ask Alexa for energy saving tips and information about their account from the comfort of their own home.

“Start with the customer at the centre,” she says. When they explained the project to the team, they pointed out it is not something they are building for themselves.

She says Alexa is seen as a ‘co-bot’. They are not there to replace the staff.

When they showed the prototype to the frontline staff, their reaction was: “It’s about bloody time,” says Salton.

They had been ready for it for a while, because account balance enquiries are one of the most frequent questions customers ask.

Summing up her experience on the digital evolution at Mercury, she says, they have moved from “pulling an elephant up the hill, to holding a tiger by the tail.”

Their work does not end there, she stresses: “There is no end to digital evolution, it is ongoing.”