‘Differently-abled’ ICT staff: How to fit these great people in your workplace

Tech CEO Lyndal Stewart says being a caregiver to an 18-year-old person with autism, helped her become a better employer and mentor. 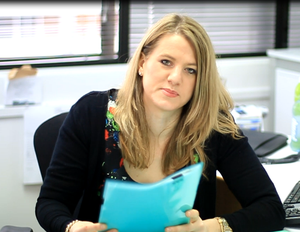 For the past two years, tech CEO Lyndal Stewart has been included in the CIO100 list of the most innovative technology and digital leaders in New Zealand.

“I don’t see autism as a disability, I see it as an amazing gift,” says Lyndal Stewart, CEO of Business Mechanix.

“The results you can get from people with different abilities can open your own eyes up to thinking differently,” she states.

“Often the way people on the spectrum observe things can be totally different to your own way of thinking,” says Stewart, who is also CEO and founder of startup Find My Study.

“This can be a competitive advantage in scientific or technology related spaces."

Stewart is the caregiver of Connor, an 18-year-old person with autism.

She says Connor is a ‘high functioning’ person with autism, or what is referred to as Asperger’s Syndrome.

This means he can talk, work, drive and function but can have difficulty expressing himself, and can become highly overwhelmed or anxious which can result in ‘meltdowns’. When this happens, he may become violent or speak with profanities until he calms down, explains Stewart.

“I have not only learnt a great deal about autism, but I have learnt a lot about myself and how I view other people,” says Stewart, on her experience with Connor, who is now living with her and her husband permanently.

“I have learnt empathy and compassion more than I ever have in the past 14 months,” she says.

“My own career journey has changed as a result, understanding that our workplaces are simply a group of people and if you can understand people and relate to them on a personal level, you will have workers who want to stay.”

“You will learn more about others in your organisation, yourself and will be able to encourage diversity.”

She says having differently-abled people in the workplace can mean the conversations are more open, more accepting and less discriminatory.

“I would have people with autism or mental health issues in my workplace any day, all I need is full disclosure so I know what I am dealing with,” she says.

With reports of technology companies like SAP expanding programmes to recruit people in the autism spectrum in the workplace, she shares her experiences for other organisations that are starting a similar initiative.

First is working on their strengths.

Many people on the spectrum have an obsessive area of focus or ability where they can be extremely talented and focused, she explains.

“People on the spectrum are usually also highly visual people and think in visuals and patterns,” she says.

“I have also understood that learning can be affected if focus is directed to new materials for too long a period of time. I have found that being able to understand how those on the spectrum think, means I have been able to focus on what he is good at,” she says.

She worked with Connor on channeling his area of focus, which is driving heavy machinery and trucks, to look at what he can do and can not do.

He recently passed his Wheels, Tracks and Rollers written theory exam with a 100 per cent score.

He has never passed an exam like this in his life, she says. “This is because we went through his learning process with visual cues, extreme repetition and 20 minute learning sessions at a time.

“They say that it takes a neurotypical person over 200 repetitions to learn something new, but for someone on the autism spectrum, it can take them over 2000 times. Repetition is important. We believe that quite possibly he is the youngest person in New Zealand to have these certifications,” says Stewart.

At the same time, she notes he is happy to work 12 hours straight when focusing on his special interest of driving heavy machines. However, this may also mean he is exhausted and sleeping on the couch at 8pm.

“We also found to harness his strengths that medication was critical as his irritability levels were simply too high and distorting his abilities initially.”

“The key to unlocking talent for employers is to gain an understanding of what their special talents are and how they can be channelled into the workplace,” she explains. “Adapting your own styles specifically for those on the spectrum can produce some amazing results.”

She recalls attending a breakfast seminar recently, where the speaker pointed out: “People don’t quit their jobs, they quit their managers”.

“People on the spectrum also quit if they feel they are not being treated right and you have lost a valuable asset.”

She shares other pointers for organisations on how to “help these great people fit into your workplace”:

“I now take the approach in my workplace that if I spot someone with what I suspect is a mental health issue, I just approach them with the hope they will open up.  Most usually do. This also means I can help them and understand why they may have up and down days and I can support them on their journey,” she says.

“When I have done this, I have seen waves of relief go across people’s faces.”

“My job as a CEO is to create a diverse workplace with trust, openness and honesty and support,” she says. “If we all just got over ourselves, the world and our workplaces would be such better places.”