Why artificial intelligence will be more R2-D2....and less Arnold the Terminator

It may take time and work before the real benefits of AI are realised, as AI is not a homogenous set of technologies, and some tasks will take longer to automate than others, writes Brandon Purcell of Forrester. 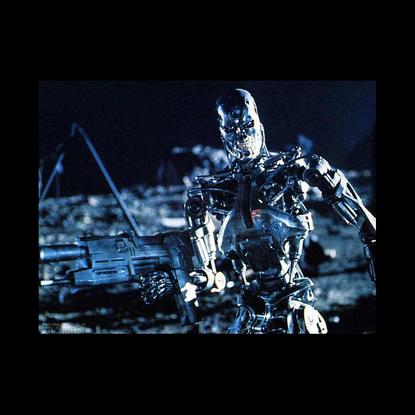 It will take massive amounts of data to train artificially intelligent systems to perform their jobs well enough to replace their human counterparts.

However, business leaders are struggling to make sense of how this technology can and should be deployed in their organisations.

To put it mildly, this is confusing for businesses who are trying to determine what is real and what is mere snake oil.

To do this, it will take massive amounts of data to train artificially intelligent systems to perform their jobs well enough to replace their human counterparts.

As storage and processing power advances, AI is gaining traction amongst businesses, allowing companies to generate insights and engage with their customers.

The technology is uniquely suited to help optimise customer interactions across touchpoints and channels.

This is largely driven by its ability to process huge amounts of data, which can inform real time action.

Moreover, in the near future, business leaders will be able to blend technologies such as facial scanning, text analytics, machine learning, and natural language generation (NLG) to better engage with their customers.

AI also has the ability to surface insights automatically, with banks today already using such technologies to detect anomaly for fraudulent transactions.

Combing through massive data sets will also allow for better data analysis, particularly when it comes to unstructured data.

Despite these early successes, it may take time and work before the real benefits of AI are realised, as AI is not a homogenous set of technologies, and some tasks will take longer to automate than others.

However, despite these early successes, we believe that it may take time and work before the real benefits of AI are realised, as AI is not a homogenous set of technologies, and some tasks will take longer to automate than others.

Despite the fact that the goal of AI technology is to free humans from some intelligence tasks so that they may more effectively focus on others, the process of arriving at this state has significant challenges for designers and engineers.

One of the main challenges hindering mainstream AI adoption is the lack of a clear business case. Research and academic communities were the first to develop and deploy AI technologies, and businesses are jumping onto the bandwagon only quite recently. Without a well-worn path to ROI, however, many organisations have difficulty justifying investment at this point.

Time and skills are also potential hurdles. Artificially intelligent systems require massive amounts of training data to learn to perform specific tasks. While some vendors offer pre-trained solutions, even these will require many additional hours of training and refinement before they can be deployed.

There is also a clear dearth of talent. There are a handful of notable researchers in academia who specialise in deep learning and AI, but the talent pool for businesses is extremely shallow. Additionally, since AI adoption for businesses is so nascent, there are even fewer people with the ability to deploy AI in a business context.

While many of the AI-related headlines predictably emanate from Silicon Valley, this transformation is a global one and Asia Pacific is quickly getting on board. In February, Air New Zealand introduced Oscar Tango, an AI-powered chatbot for answering routine customer service queries.

Chinese technology companies such as Tencent and Baidu (despite the recent loss of AI trailblazer Andrew Ng) have also made significant investments in AI. In fact, China’s role in the future of AI is so pivotal that the Association for the Advancement of Artificial Intelligence had to change its conference date this year so as not to conflict with Chinese New Year celebrations.

To help business technology leaders plan their next decade of investments in AI, Forrester investigated the current state of its 12 most important technology categories. Based on our rigorous TechRadar research methodology, we have determined the maturity of each category and predicted their future success.

Artificial intelligence is not just another overhyped technology buzzword. The ability of machines to sense, think, act, and continuously learn is real, and will transform the way companies do business. Early adopters will reap the rewards, while laggards are bound to be disrupted.

Brandon Purcell is a senior analyst at Forrester.