Many organisations falsely equate IT security spending with maturity: Gartner 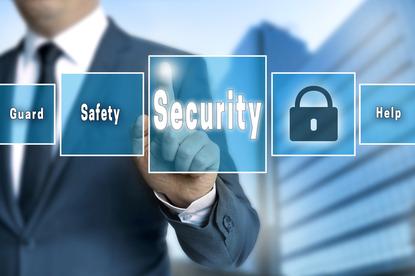 Organisations spend an average of 5.6 per cent of the overall IT budget on IT security and risk management, reports Gartner.

However, IT security spending ranges from approximately 1 per cent to 13 per cent of the IT budget and is potentially a misleading indicator of program success, according to Gartner’s IT Key Metrics Data.

"Clients want to know if what they are spending on information security is equivalent to others in their industry, geography and size of business in order to evaluate whether they are practicing due diligence in security and related programs," says Rob McMillan, research director at Gartner.

"But general comparisons to generic industry averages don't tell you much about your state of security,” says MacMillan, in a statement.

Gartner notes the majority of organisations will continue to misuse average IT security spending figures as a proxy for assessing security posture through 2020.

To identify the real security budget, there are many places to look, such as networking equipment that has embedded security functions, business continuity or privacy programs, and security training that may be funded by HR

Without the context of business requirements, risk tolerance and satisfaction levels, the metric of IT security spending as a percentage of the IT budget does not, by itself, provide valid comparative information that should be used to allocate IT or business resources.

Moreover, IT spending statistics alone do not measure IT effectiveness and are not a gauge of successful IT organisations. They simply provide an indicative view of average costs, without regard to complexity or demand, it states.

However, any statistics on explicit security spending are inherently "soft" because they understate the true magnitude of enterprise investments in IT security, since security features are being incorporated into hardware, software, activities or initiatives not specifically dedicated to security, it states.

Gartner's experience is that many organisations simply do not know their security budget.

This is partly because few cost accounting systems break out security as a separate line item, and many security-relevant processes are carried out by staff who are not devoted full-time to security, making it impossible to accurately account for security personnel, it states.

In most instances, the chief information security officer (CISO) does not have insight into security spending throughout the enterprise.

To identify the real security budget, there are many places to look, such as networking equipment that has embedded security functions, desktop protection that may be included in the end-user support budget, enterprise applications, outsourced or managed security services, business continuity or privacy programs, and security training that may be funded by HR.

According to Gartner research, secure organisations can sometimes spend less than average on security as a percentage of the IT budget. The lowest-spending 20 per cent of organisations are composed of two distinctly different types of organisations:

Gartner says enterprises should be spending between 4 and 7 per cent of their IT budgets on IT security: lower in the range if they have mature systems, higher if they are wide open and at risk. This represents the budget under the control and responsibility of the CISO, and not the "real" or total budget, it says.

Gartner says to demonstrate due care in information security, organisations need to first assess their risks and understand both the CISO's security budget and the "real" security budget found in the complicated range of accounts that may not capture all security spending.

"A CISO who has knowledge of all of the security functions taking place within the organisation as well as those that are necessary but missing and the way in which those functions are funded, is likely to use indirectly funded functions to greater advantage," concludes McMillan.