Consumers have no right to buy a PC without an OS, European court rules 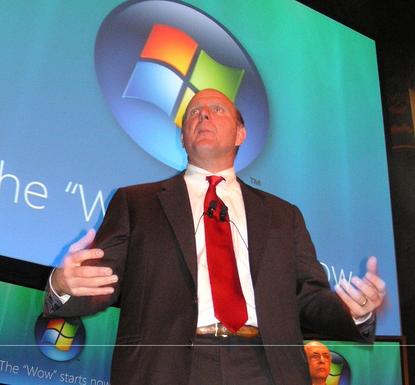 Bare metal buyers beware: PC makers have no obligation to offer you a machine without an OS, the European Union's highest court has ruled.

The case dates back to PC prehistory, a time when Vaio was still a Sony brand and Vista was the latest version of Windows.

It all began on Dec. 27, 2008, when Frenchman Vincent Deroo-Blanquart bought a Sony Vaio laptop with Windows Vista Home Premium and various software applications installed. Deroo-Blanquart refused to accept the Vista end-user license agreement (EULA) when he first turned the PC on, and on Dec. 30, asked Sony to refund the part of the computer's €549 (then US$740) purchase price corresponding to the cost of the software.

You might not fancy your chances of getting such a refund in your local store, but in France in 2008, it would have been a reasonable, if unlikely, demand: Consumer law there forbids something called "vente liée," or unfairly making the purchase of one product conditional on the purchase of another.

Back then, consumer groups and open-source supporters were pushing the government's Directorate General for Competition, Consumption, and Repression of Fraud to enforce this law and recognize that PCs and their operating systems were two separate products that consumers should have the right to buy separately, if they wished. The DGCCRF took no action.

Sony turned down Deroo-Blanquart's request in January 2009, and in April offered only to refund the full cost of the PC and take it back.

Deroo-Blanquart declined, and in February 2011, filed suit against Sony in the District Court of Asnières, France, seeking a €450 refund of the retail cost of the pre-installed software, and €2500 in damages. In September 2012, the court dismissed his claims.

He appealed, and in November 2013, the Court of Appeal in Versailles, France, upheld the original judgment, holding that the sale of the PC and OS did not constitute unfair commercial tying.

Once again, he appealed, taking the case this time to the Court of Cassation, France's highest court.

The Court of Cassation noted that the relevant French law fell under the EU's 2005 Unfair Commercial Practices Directive, and referred three questions of law to the Court of Justice of the EU.

The CJEU ruled that it's legal to bundle PCs with software without indicating their prices separately, and that offering consumers no choice but to buy the PC with the software is also legal, "unless such a practice is contrary to the requirements of professional diligence and materially distorts or is likely to materially distort the economic behavior of the average consumer with regard to the product, a matter which is for the national court to determine by taking account of the specific circumstances of the case in the main proceedings."

Average consumers would not want to install their own OS, the court found following an analysis of the market concerned. "The sale by Sony of computers with pre-installed software meets the expectations ... of a significant proportion of consumers who prefer to purchase a computer already equipped and ready for immediate use, rather than to purchase a computer and software separately," it said in a discussion of the ruling.

Its analysis of the 2005 directive determined that vendors were obliged only to indicate the total price of a bundle, which would influence the consumer's ultimate decision to buy, and not the price of each component of it.

While it's still up to the Court of Cassation to take the final decision in the case, the ruling would appear to be bad news for the people behind the "Racketiciel" (Racketware) campaign opposing the enforced bundling of software.

They had identified a number of small PC manufacturers who offered optional operating systems, and some PC manufacturers, notably Asustek Computer and Fujitsu, who would pay a fixed sum in compensation if bundled software was refused. Five agreed to pay compensation only if PCs were returned to them so they could verify the refusal of the software EULA: Acer, Packard Bell, MSI, Samsung Electronics, and Toshiba.

They found no PC manufacturer willing to refund the cost of the software, however, as none would break down the cost of their bundles' different components.

It remains to be seen whether the PC vendors that have paid compensation in the past will continue to respond to future refund requests in the wake of the CJEU's ruling.