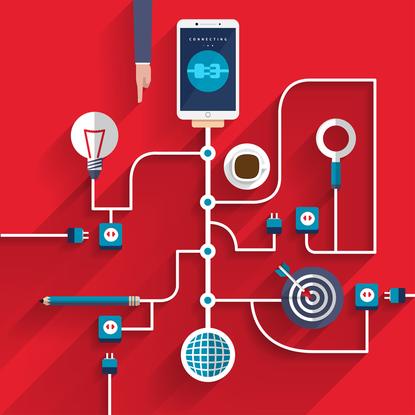 A new survey shows a strong commitment among executives to moving to become a digital business, with cloud as the key enabler.

However, the study also indicates that security concerns and tepid execution complicate the ability of the executives’ organisations to deliver on that commitment.

Conducted for Unisys by IDG Research, the study polled 175 IT and business executives in the United States and Europe in companies with 1,000 employees and above.

The respondents were asked about the initiatives their organisations are undertaking to capitalise on the convergence of social, cloud, mobility, data analytics, internet of things (IoT) and security to drive new business models; as well as how they they engage, enable and support an increasingly tech-savvy workforce and customer base.

Nearly three quarters (72 percent) of the respondents agree that it is critical or very important for an organisation to modify IT processes and resources to support a digital business model. This is an increase of 7 percentage points (up from 65 per cent) from the response to a similar question in a Unisys-IDG study conducted in October 2015.

The respondents clearly see the value of the cloud as the linchpin in an IT infrastructure that enables digital business: they report that more than half (55 per cent) of their organisations’ applications are already deployed in a cloud environment.

Moreover, the respondents indicate that their organisations are seeing positive results from initial cloud and digital initiatives, with improvements over the last 12 months in multiple areas.

These include data security (56 per cent), user experience with applications and services (44 per cent), IT efficiency (42 per cent) and infrastructure performance/availability (41 per cent).

However, the executives show greater trepidation about their organisations’ ability to build quickly on that initial success.

For example, fewer than 1 in 5 (15 per cent) of respondents indicate their organisations have the “extremely flexible/nimble” attributes required to implement a digital model that enables them to capitalise fully on future business opportunities.

Gap between aspiration and execution

Those insufficiently robust capabilities could pose a challenge in areas the respondents see as priorities over the next 12 months, according to the study.

For example, 88 per cent cite data security in the cloud as a top priority for competitiveness in the digital world while only 32 per cent cite significant progress, creating a gap between aspiration and execution of 56 percentage points.

Similarly, less than a third of respondents report significant progress in other areas key to digital business, from creating scalable/predictable IT environments (24 percent) to gaining a high level of visibility into IT environments (32 per cent). These shortfalls may slow progress at a time when it should be accelerating.

On the plus side, the study shows the respondents who consider their organisations extremely flexible and nimble, and more aggressive in adopting the cloud, more frequently report benefits from use of cloud apps than the aggregate population of respondents.

Nearly three-fifths (59 per cent) of respondents who identify their organisations as extremely nimble say they have seen improved data security (versus 56 per cent of those who do not), while 56 per cent of the same group say they are seeing improved speed of business decision-making.

In contrast, only 18 per cent of those who identified their organisations as less nimble have seen improved speed of decision-making.

The study also finds a significant disparity between those reporting improved user experience with applications and services. More than half (52 per cent) of the extremely nimble group reports this benefit, while only 38 per cent of the less nimble group can say the same.

Respondents in extremely nimble organisations are also more likely to report improved customer experience through integration of infrastructure and applications with IoT.

“Digital business is all about finding innovative ways to empower workers and customers. The organisations that will prosper in the new order are those that most quickly become focused, proficient and flexible in integrating and securing the cloud, IoT and other key digital technologies to drive new levels of service.”