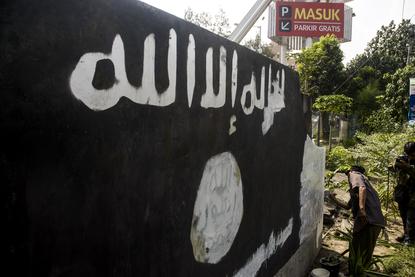 A 17-year-old Virginia resident has been sentenced to more than 11 years in prison by a U.S. federal court after he used Twitter to provide financial and recruiting support to the extremist Islamic group known as ISIS.

The sentence handed down Friday shows how wide a net officials have cast in prosecuting online activities related to ISIS, also known as the Islamic State of Iraq and Syria.

While this case focused on the defendant's use of Twitter, he also used messaging apps like WhatsApp and Tox for ISIS-related communications, one of his attorneys said in an interview.

The defendant, Ali Shukri Amin, also provided instructions on how to use Bitcoin to contribute funds to ISIS.

"Today's sentencing demonstrates that those who use social media as a tool to provide support and resources to ISIL will be identified and prosecuted with no less vigilance than those who travel to take up arms with ISIL," said U.S. Attorney Dana Boente, in an announcement, referring to the group by another acronym, short for the Islamic State of Iraq and the Levant.

Amin created the Twitter account @AmreekiWitness in 2014, and used it to provide advice and encouragement to ISIS and its supporters, according to court documents. At one point the account had over 4,000 followers.

He also helped other ISIS supporters who sought to travel to Syria to join the group, according to the Justice Department.

Amin pleaded guilty to the charges. He admitted he helped an 18-year-old Virginia resident travel to Syria to join ISIS in January.

After he is released from prison, Amin's Internet activities will be monitored for life, the Justice Department said.

Joe Flood, one of the defense attorneys, said he was disappointed with the sentence, but also pleased that it was less than the 28-years-to life-sentence the defendant potentially faced.

He maintained that much of his client's actions on Twitter were free speech protected by the U.S. Constitution.

Flood said there have been other cases concerning defendants' use of the Internet and social media sites to support ISIS or other acts of terror.

But one element that makes this case unique is the defendant's status as a minor, he said.

The company's terms ban posts that make threats of or promote violence.