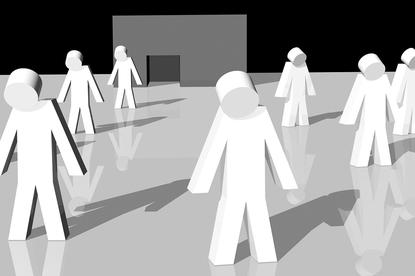 Microsoft is scaling down its mobile phone activities, writing off the entire value of the former Nokia smartphone business it bought last year and laying off almost one-third of that business' staff.

The company will no longer try to build a standalone phone business, but instead plans to build a Windows ecosystem that includes its own devices, CEO Satya Nadella told staff in an email announcing the changes.

Up to 7800 jobs will be cut, most of them in the phone business. The cuts come in addition to 18,000 layoffs announced last year: Those cuts included around half of the 25,000 staff who joined Microsoft from Nokia.

Microsoft also announced plans to write down the value of its Nokia acquisition, recording an impairment charge of $US7.6 billion. It bought the Finnish company's devices and services business only last year for $7.2 billion.

The company explained the write-down by saying that it's restructuring of the phone business meant that its future prospects were below original expectations. Its Lumia phones are languishing with a single-digit market share, and the company has produced no break-out successes to rival flagship phones from Samsung Electronics or Apple.

The layoffs should happen by year end, Microsoft said, adding that it would provide more information about the impairment charge in its fourth-quarter earnings announcement on July 21.