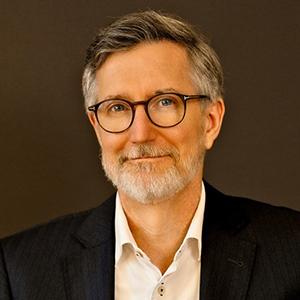 General Elections result in a huge number of personnel changes that must be managed by the Parliamentary Service, which is  responsible for the on-boarding and off-boarding of Members, Ministers, and staff. Chief Information  Officer Robert Lockerd says the transition in 2020 was significantly smoother thanks to innovation enabled by the organisation’s recent transformation.

Previously elections were special, unique events unrelated to normal business as usual (BAU) processes, and there was tremendous customer dissatisfaction with the process and pace of the service. For Election 2020, Lockerd’s  team focused on improving and automating the BAU processes so that both the election and BAU would see significant improvements in quality and speed.

“We created a workstream to develop process automation for on-boarding and off-boarding and related activities such as access provisioning. The ICT team partnered with the business teams who support Member and Ministerial staff to understand their unique requirements, rework the existing processes, and then to implement automation tools,” he says.

End goal benefits were defined in terms of request-to-fulfilment time, number of ‘touches’ per change, and reduction in rework/errors. As a result, this was regarded internally and externally as one of the smoothest elections, despite being one of the largest in terms of changes in Parliament Members, staff, and Ministerial portfolios. As one measure, core on-boarding/off-boarding following the certification of the election was completed within one business day with very low manual correction. In the previous election this phase took up to four days of intensive manual effort.

Lockerd  notes this is one of a number of innovations enabled by the organisation’s transformation. Other examples are:

·      Working with business stakeholders in the Office of the Clerk and an industry partner to explore the use of machine learning applications to support the work of Select Committees.

·      Adoption of containerisation and test/deployment automation as part of maturing DevOps practices.

“I made the case that as the most direct interface between the public and the Parliament, it was strategically important to have direct control over the platform. We subsequently carried out an analysis of the financial and other (pace of change) benefits and submitted a business case. The team has been in-house for approximately a year now with measurable benefits in terms of business satisfaction, quality, and pace of change,” he says.

Another huge advantage to building an in-house team has been promoting greater diversity within teams. Prior to the shift, the technical support team was all male and the relationship advisor team was all female. With the establishment of service squads during the transformation, the organisation has created teams where the gender and skillsets are balanced.

“It has also opened leadership opportunities at multiple levels, which we intend to use to increase diversity within our people leaders,” Lockerd says.

“Our long-term plan is to play to our strengths as a small agency (e.g., avoiding ‘pigeon-holing’ people into narrow roles), and as a unique environment (supporting democracy, working directly with Parliament) to attract talent. We try to act as a pipeline of emerging talent rather than a ‘brain-trust’ of very senior technical talent.”