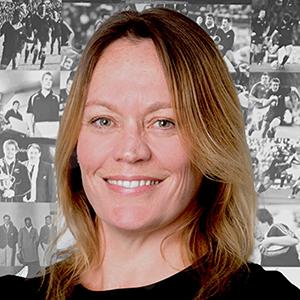 As Chief Information and Technology Officer at NZ Rugby, Angela Nash has led a team responsible for driving digital transformation in one of Aotearoa New Zealand’s most iconic organisations, resulting in over $1 million in operational cost savings to date.

Shadow IT projects have been shut down and all tech-related budgets have been moved to the IT team for management. Nash says this move represents a massive cultural shift for the business and has seen demonstrable improvement in all four key platforms - business, professional, community, and digital.

The team have moved systems into the cloud, decommissioned the WAN, and provided staff training for existing systems, significantly reducing costs. This has also resulted in improved security and backup capabilities. In addition 24/7 support process deployed to cope with global nature of company and needs of staff.

A recent programme has focused on ‘inclusivity via language’ on the All Blacks website. Community languages such as Māori, Tongan, Samoan and Fijian, as well as commercially focused ones such as French (RWC2023), are being deployed. Currently te reo Māori is live with Pasifika languages due to go live in November, and others to follow.

“’Inclusivity via language’ has changed the thinking of who our community is and who we are trying to communicate to. For example, the Pasifika family is integral to our community and we should be visible in that support with our technology as well as our teams. It changed our view to not only commercial monetisation but also just being good humans and thinking of how people want to interact with us and consume our content. Imagine a Tongan players family being able to read their naming on the All Blacks or Black Ferns team in their own language!! That’s the stuff that means something and recognises their history and their mana. Now we think of languages for every single project,” Nash says.

In addition, a digital Black Fern pilot (called Maa) has been built in collaboration with Soul Machines and The Instillery. The pilot version will speak an evolving combination of te reo Māori and English and is aimed at teaching children player health and safety such as safe warm-up drills.

“The first-Ever digital Black Fern, by having the capability to engage in different languages speaks to children on important things in their own language and in an engaging way and is a great collaboration between community rugby and technology. It applies an innovation lens that has never before been seen in that area, which is very old-fashioned, and it forces us to think of who our future ‘Teams in Black’ are and find new and innovative ways to share important information. This will be trialled as a pilot with a variety of different conversations and then deployed elsewhere (multi-language, multi-content). This really invigorated the teams innovation lens and got them thinking of new and fresh ideas – awesome!!,” Nash says.

Further innovation is underway using new technologies in the area of digital equity and IoT but is commercially sensitive and not able to be publicised at this stage.

Diversity and Inclusion in leadership

Nash says over the past 18 months has seen a shift in how tech is viewed at NZ Rugby and tech is now seen as an integral partner for and with the business and not just a large cost centre, roadblock or the team that fixes laptops.

It has embraced the organisation’s thoughtful approach to diversity and inclusion with the following initiatives.

·      Multi-language drive across the organisation (driven within the technology platforms).

·      Use of te reo (pepeha, mihi, etc) in daily life and Nash is working with providers to identify online language courses for staff in addition to working with internal cultural engagement, and diversity and inclusion teams, to find new ways to use technology to support this across NZ Rugby.