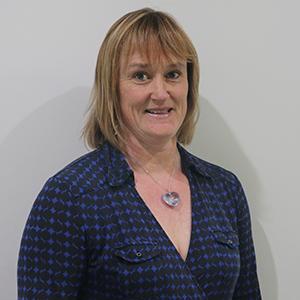 Assessing the work environment, from the six year old server hardware to the 10-year-old network, she says, “It was evident that my first priority had to be a complete technical infrastructure refresh.”

The objectives for the refresh programme were to mitigate against risk, deliver improved operational efficiency, and provide cost savings to the organisation.

Kennedy explains Paperplus operates as a co-operative franchise model, which results in very tight cost management, as they are, in effect, spending members’ money.

“In order to change over to the new network, it has been the case of ‘selling’ the benefits the new solution delivers, against the increase in costs which had not changed in six years and had been subsidised.”

After concluding an RFP at the start of 2017, Paperplus selected a new supplier and has since then replaced and upgraded the servers and moved them offsite.

This upgrade delivered a range of benefits, from future-proofing the business through the use of scalable hardware, through to reducing risk by housing the servers in a purpose built data centre rather than on site.

Kennedy says they have already replaced 98 per cent of store network connections, providing a choice of VDSL, and fibre where available. This significantly improved network speed and therefore operational efficiency in stores.

The group moved from Gmail to Exchange, providing a much improved functionality and end user experience.

Kennedy inherited a team of three staff members who have been working at Paperplus for up to 10 years.

She says it was also a journey of change for the team, as they are working with both new suppliers and technologies.

“It has been essential that they were involved in the decision making and bought into the direction we have chosen to take.”

With the IT function, she says the shift has been transforming for the team, who have been working in the same environment for up to 10 years, to one where no aspect of the technical landscape has stayed the same.

“Through this process they have worked with new suppliers and also upskilled themselves on a whole range of new technologies,” she says.

Kennedy says in addition to the core team, they worked with the Manukau Institute of Technology to complete industry projects at Paperplus.

“Running such a lean operation, with just a team of three, who still retained responsibility for all store help desk calls and application upgrades, we have had to punch way beyond our weight to achieve such scale of change within aggressive timeframes,” she says.

“This has meant that to deliver the program within budget and timeframes, it was critical to plan meticulously, constantly re-prioritising to ensure that BAU and support levels were maintained alongside the project work.”

As a member of the executive team, Kennedy attends the regular Board strategy sessions. She has run technology sessions around information management and cybersecurity for this group. The outputs became the basis for the Disaster Recovery Strategy and Security Policy.

Looking back over the past year, she says, “The changes we made have had a significant impact on the way that the users at support office interact with technology every day, in particular improvements to their ‘work from home’ experience.”

At store level, Kennedy introduced a Store user group.The members are responsible for determining which application enhancements are progressed and implemented, using value (cost versus benefit) as the basis for the prioritisation.

Kennedy says the implementation of the new Store Communications Portal will radically improve the way in which information is delivered to stores and result in significant operational efficiencies and accuracy.

“We have used a store pilot group to gain early user feedback into the direction of the design, and to champion and help train stores once we commence the rollout across the group,” she says.

“The biggest lesson I have learnt is that technical experience and knowledge is not the key to being a successful CIO,” says Kennedy.

“It is, in fact, more important to be able to learn quickly whatever is relevant at that time, surround yourself with experts, both within the organisation and externally, who you trust, and apply your best thinking to each challenge you face to make decisions.

“The world is changing at such a pace that knowledge is no longer enough, as we are now continually facing the ‘new’ where there is no knowledge to draw upon.”

She experienced this during the RFP process for the technical infrastructure refresh at Paperplus.

Kennedy has a strong background in project and programme management, particularly in the application space, rather than the infrastructure space.

The decision we made at the end of the selection process was based on business principles of cost/benefit and therefore value, risk, scalability and security, she says.

“During this process I grew hugely as a professional and negotiator, skills which I now use daily in all of my interactions with suppliers.

“I have also learnt that it is key to work with suppliers who you can trust and who share the same values as you do, not just those who can offer the newest, shiniest technical solution.”