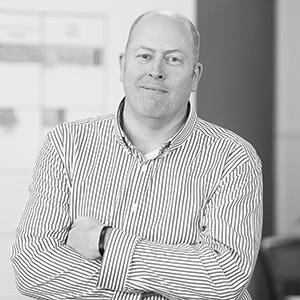 Robert Holmes provides CIO and CTO services not only to the Origin Group, but also to their customers.

Over the past year, he proved how well he and his team are able to lead through these multiple but closely related responsibilities.

During this period, Holmes and his team were in the forefront of Origin’s move to a new business model, while working as CIO and programme lead for one of their customers who was undertaking an ambitious merger and acquisition programme in Europe.

We want Origin Group to be one of New Zealand’s leading cybersecurity providers, he says.

The technology foundations to support the new business model include:

The new business model meant changes in the roles of some staff. This involved the creation of new roles and teams, with people taken from the existing business to fill these new roles, and where that was not possible new recruits where hired.

From a ‘vision’ selling perspective, it became important to tell a story of ‘why’ the initiatives where being undertaken, the value that would be derived from them and what it meant for the individuals involved, he says on how he approached the people component of the transition.

“It also was important that the vision was sold from a perspective of ‘imparting’ ownership, this being that people could synergize with it and feel part of it, and as such adopted it and helped to drive them forward. Pleasingly this was achieved.”

While working on the new business model, he was also working with their customer whose company size doubled over a period of eight months.

He says the programme for this customer consisted of the rebuilding of all core technology infrastructure components and core business systems including ERP/CRM and document management, QA and Collaboration platforms from the ‘ground up’ whilst maintaining business as usual activities.

We had an intense negotiation with the US based parent company to ensure that successful data, information and technology transfers occurred, he says.

The programme was delivered to aggressive timelines and under budget, whilst commuting in four-week stints between Europe and New Zealand.

“In order to achieve this, a team of 30 team members was established in a relatively short period of time with liaison with up to eight product vendors involved in a virtual team working group,” says Holmes.

The customer noted it was one of the most successful projects delivered in their history, says Holmes.

Holmes says the leadership team at Origin meets weekly to discuss any arising and important issues. Being a small leadership team of six people they are all in constant contact with each other and run a ‘open door’ policy.

“As part of this team I have responsibility for driving technology and business strategy,” says Holmes.

“The strategies are  enabled via a blend of workshops, steering groups and forums that encourage ideas and initiatives to be brought from all levels of the business.

“One of the most successful ideas for strategy development and ratification that I have used is the Google Sprint methodology,” says Holmes.

“We have over the past 12 months used this to build and develop new initiatives in short periods of time.”