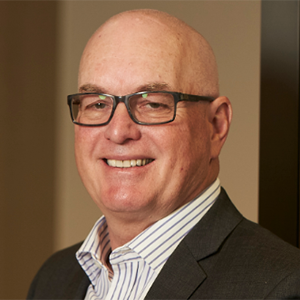 “Continuous improvement is a regular agenda for our leadership team, and this has helped drive improvement across all technology areas,” says Craig Bunyan, general manager technology at ANZ Bank.

Bunyan is responsible for all aspects of New Zealand technology operations and project/programme delivery, including the technology services to 8000 users in New Zealand and throughout the Pacific. He also oversees multiple vendors and two high availability data centres.

From a technology development and delivery perspective, Bunyan has ensured that technology teams and business users/sponsors adopt agile techniques.

Bunyan understood that this paradigm shift would need an equally radical change in approach.

Where traditionally new methods of working had been defined by management and mandated to teams to use, the shift to a ‘DevOps’ culture now requires teams to be self-organising with servant leadership.

Practitioner-led communities were created - with staff self-nominating to join – that are empowered to define the new orchestrated pipeline for the organisation, says Bunyan.

The bank has incrementally introduced a DevOps delivery environment. This has seen technology staff previously separated into distinct development and operational areas coming together into ‘tribes’ and ‘squads’.

“Prime” has been responsible for moving the delivery culture to ANZ’s ‘New Ways of Working’ (NWOW), he says.

Through these, Bunyan kept a strong hands-on sponsorship role.

He provided regular updates on the projects through regular communications and monthly ‘floor walks’ with the teams.

This, he says, removes any ambiguity about his absolute resolve to improve and drive efficiencies.

He says the bank has developed a forward looking technology pipeline of projects that are strategically assessed against competing requirements.

One of the biggest components of the technology pipeline is the Banker Workbench. This project was implemented in four releases between April and November 2017 and touched thousands of front line ANZ staff.

Before this, the systems were centred on different product types with staff having to use up to 20 screens to assist customers. The focus was on removing multiple IT systems and the associated complexities such as screen scraping.

ANZ’s frontline tools now comprise of a modern core system that is fully integrated with other digital channels. The implementation simplified the experience for frontline teams and reduced error rates, improving the customer experience and rework.

The first release of Banker Workbench was the appointment booking tool, which was a resounding success. This culminated in ANZ winning a gold award in the ‘User Experience’ category at the Best Design Awards, by The Designers Institute of New Zealand.

This new tool replaced a time-consuming booking process involving multiple screens, with a single screen view of multiple calendars. A business benefit has seen the time taken to book appointments reduce from an average of eight to two minutes.

Prior to the release, approximately 3,000 appointments were scheduled each month. Now there are close to 10,000 bookings, meaning 7,000 additional appointments for our frontline staff to have more meaningful conversations with ANZ’s customers.

The project will continue under an agile DevOps structure bringing new functionality released on a regular basis. To date there have been 22 releases of new functionality, with each release adding business value. In most cases training is not required as the new functionality is designed to be intuitive, he says.

Bunyan says a human centred design approach was used as the base for developing the intuitive and simple interface.

Working with startups and some of the larger innovative technology companies is essential to ANZ’s New Ways of Working, he explains.

Startups, along with the innovation agile strategies championed by Bunyan, have enabled ANZ to adopt and deliver new technologies rapidly.

Bunyan streamlined the “onboarding” process for non-traditional organisations so development can commence quickly.

ANZ’s Emerging Technologies team report directly to Bunyan and is funded through discretionary budgets that he controls.

The Emerging Technologies team works on developing and producing innovative technologies to concept phase with extensive use of cloud technology to create rapid prototype environments. Currently, voice biometrics utilising Amazon’s Alexa, Google Home, and other channels are being assessed.

Indeed, innovation strongly featured in 2017 for Bunyan and the technology team.

Bunyan has spearheaded ANZ’s technology to produce rapid prototypes allowing the business to evaluate and form solid proposals that will enhance customer banking facilities within the Omni Channel areas.

ANZ’s mantra is “making life easier”, ensuring the customer experience is as smooth and straight forward as possible, he says.

Bunyan says implementing these products well ahead of competitors saw a positive upswing in new retail business accounts being opened.

Attracting and retaining a leading-edge emerging technologies team requires an ongoing investment in research and continuous learning, he points out.

Thus his team members subscribe to industry advisory groups and are active members of the recently launched AI Forum. Bunyan is also a member of the AI Forum’s Executive Council.

Bunyan also implemented a number of actions to improve the gender balance of the technology workforce.

He created a ‘Women in Technology’ networking group to provide mentoring and targeted development opportunities. He made sure all candidate shortlists are gender balanced, and added diversity performance measures for all management roles. He also supports and encourages flexible working options for all roles.

The actions have increased the number of women in technology by approximately 7 per cent to over 30 per cent of the overall workforce.

His activities around building of a more diverse pipeline of technology talent goes beyond ANZ. The technology team has partnered with Weltec and AUT to provide internships and mentoring for students.

Staff are encouraged to attend ongoing training and development through the extensive bank-wide learning curriculum which provides both technical and ‘soft skills’.

When staff told him they want to try less formal meetings, Bunyan organised more informal talks, a ‘Cuppa with Craig’, that are held in the staff kitchen. The first ‘cuppa session’ invite read: “Meet me there [the kitchen] for a cuppa and a low key chat about what’s on your mind - your ideas, issues or your questions.”

Bunyan holds monthly “floor talks” (town halls) in Wellington and Auckland to explain and reinforce the technology strategy and the associated roadmap. This provides teams with an opportunity to ask questions/seek further clarification, he says.

The Technology Roadmap is in displayed prominently around the workplace, and video communications are available for people to view at a time that is convenient to them.

Bunyan has established a regular ‘Business Leader Speaker Series’. This involved senior business leaders attending technology floor talks to discuss their business strategy, the changing market, what they needed from technology and the uplift they were noticing both within technology and for customers.

Bunyan says the ANZ Simplification Programme (NZS) provided him the greatest leadership lessons as a CIO.

The NZS successfully combined all aspects of ANZ Bank and The National Bank together, and was one of the largest transformational programmes in New Zealand. The transformation included brand, management and organisational structure, operations, culture, processes, products and technology systems.

Previous attempts to integrate both banks had limited success, he says.

“Technology alignment with the business had not been particularly focussed and stymied the transformation.”

He distils several factors which made the last one successful.

First was the importance of a clear strategy/vision, and selling that strategy to the entire organisation.

“Sponsorship ultimately came from the very top, committing the organisations and all management to a single focus. I learnt that a strong and well-articulated strategy/vision and implementation plan were critical. A strategy without execution and sponsorship is meaningless,” says Bunyan.

The second is having a strong relationship between business and technology, and a technology strategy that supported the business strategy. “Asking key business executives to lead programme streams was key to gaining organisational commitment and focus.”

Third was utilising the simplification programme as a catalyst to change the culture of technology. “Bringing together technology teams from different banks had its challenges,” he says.

“Again leading this cultural change from the top was key. Forming a clear vision for change and expected behaviours set a standard for the new organisation. I introduced a new technology leadership team, including external hires, lifting capability to help drive the cultural change.”

Fourth was “leading by example, empowering staff and a collaborative team approach is essential to drive cultural change.”

“I learnt that breaking things down to small manageable components provides better visibility of progress, as well as concentrating on highest priority outcomes, thus resulting in more efficient delivery.”

“Much of the difference has been the direct result of a simplification agenda,” says Bullock.

He says Bunyan’s leadership worked tirelessly with all the business groups and executed “a courageous and aspirational plan”.

“We’ve deliberately and systematically worked through the backlog, the synchronisation of change has ensured a safe, efficient and sustainable set of outcomes have been achieved.”

Bullock notes how Bunyan harnesses a global network of trusted advisors through which he maintains relevant subject matter expertise and has a deep understanding of macro and micro trends.

“His critical thinking capability allows him to disseminate between the fluff and the real,” says Bullock.

“Undoubtedly, his key strength is in his ability to both set up the decision and then to execute at pace.”