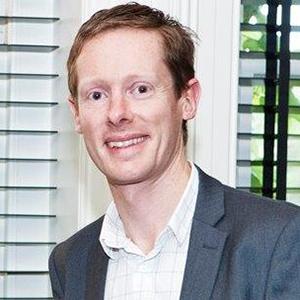 Anthony Bitossi faced one of his biggest challenges in mid-2015 when he was promoted to head of information services at Stevenson Construction Materials.

Before this, he was a business analyst for three years.

“I had to establish management and executive level buy in extremely quickly,” says Bitossi, who further stepped up late last year as the chief information officer at the company.

He explains the urgency of the task ahead of him at that time.

“Historically there had been some disparity between IT and the business,” he says.

“I knew before taking the role that there were some critical projects that had to be delivered and if the first of these was a failure then it would make all future initiatives untenable.

“I spent the first few months simply listening with a complete open mind and made sure to apply at least some of the components in to the first few IT initiatives. Once management and executives realised that their ideas would be included, buy-in for subsequent projects were far simpler.”

As information services manager, Bitossi regularly updated the board on the technology focused business projects that the company has been undertaking.

When he stepped up as CIO, it was a testament to how the company views information technology as a critical part of its growth.

It was also a recognition of the massive programmes that Bitossi and his compact team have completed through the year.

Towards the end of last year, Bitossi updated the board on current and future state for IT within the business.

In the one-hour presentation, he demonstrated the two distinct streams of IT that they were running - the first was risk mitigation, and the second was on innovation and operational efficiencies.

“The presentation to the board allowed me to demonstrate how my leadership skills have been used to influence both internal and external parties,” says Bitossi.

One of these was the successful migration to a robust cloud infrastructure platform with high availability and DR capabilities. Bitossi and his team presided over a comprehensive and vendor selection process for the project.

“During the update to the board, I set out clearly the risks with the current state of our legacy infrastructure along with some potential ramifications around cybersecurity and DR failures if the business continued under status quo.

“My discussion then switched to some of the innovation based initiatives that we are currently working on which have real opportunities to provide the business with a competitive edge.

“The board provided completely unanimous positive feedback to the presentation,” he says.

“It also gave me the opportunity to ‘sell’ my IT vision for the business to them, and now the directors are asking how quickly we can deliver on the programme that I set out.”

Preparing for the Internet of Things

The IS team is also busy implementing a comprehensive Asset Preventative Maintenance system. The system is being rolled out to proactively manage repairs and maintenance (R&M) of fixed and mobile plant across all parts of the organisation.

Although R&M incurs a large operational cost to our business, the core focus and objective for this program was set out primarily to provide the business with full visibility of the R&M work that is in progress and is scheduled, he says.

Due to the current supply constrained market in which we are operating in, “unplanned” plant breakdowns have been causing major issues whereby we have been unable to satisfy customer demands with production capacity already at its limits, says Bitossi.

“With the asset management system ‘Mex’ that has been implemented, I have ensured that the key objective of visibility has stayed at the forefront throughout the project.”

He says the benefits of the programmes are only recently beginning to be materialised. Maintenance issues being logged quicker through the use of real-time capture with tablets and jobs are being scheduled and planned more efficiently.

The true financial benefits of this will be calculated over the next 12 months as we envisage seeing a decline in the unplanned plant breakdown hours, says Bitossi. He says plans for phase two of the programme are underway.

“We are looking to roll out IoT technology with data integration to Mex,” he says. “This will allow us to further proactively plan for scheduled maintenance tasks.”

Bitossi notes that sometimes the biggest challenge in the technology rollout is cultural. I focus the project on the more difficult part of the business (and people) first, he says.

For instance, in one project, he spoke with the most important division to be impacted early on during the planning stage. He explained how the technology could help provide a solution to a longstanding issue of when maintenance tasks were actually taking place.

By bringing him in very early on to the decision-making process he soon became an advocate and key influencer for driving the project through the rest of the business, says Bitossi.

In another project that involved a new technology deployment, Bitossi explained to the key divisions involved how they could mitigate risks during the trial and review the potential benefits to their customers.

He then negotiated with the supplier of the technology that they would buy back the equipment if the proof of concept was unsuccessful. “The appetite and overall attitude towards the innovation from both external customers and internal staff has been hugely positive,” he says.

Bitossi shares other ways he and his team work with all levels within the organisation. Every week, he participates in both executive and operational meetings around all business verticals.

“I provide an update on ICT programmes but additionally IT is used as a springboard to providing potential solutions for business problems in other areas like health and safety or production,” he says.

Because of significant growth of the organisation last year and internal staff changes, Bitossi says it was important to focus on motivating and improving the culture of the IT team.

“I have been doing this by providing the team with more autonomy and intentionally trying to guide them to discover solutions to complex issues on their own,” he states.

From a cultural perspective, and at an organisational leadership perspective we organise ‘cultural lunches’ twice a year. Each event showcases a large array of cuisine reflecting the diverse backgrounds of the Stevenson Construction Materials employees.

He says due to the size and type of the organisation, newsletters and blogs are not the optimum ways to send out information about the work the technology team does.

Bitossi says apart from providing updates at management and operational meetings, the IT team makes sure they are “walking the talk” at an operational level.

All members of the IT team are regularly in the field, talking to everyone, from truck drivers to management, he says. “I encourage all my staff to ride in a concrete truck for a day.”

Lee Skinner, sales manager, at Stevenson Construction Materials says Bitossi has brought a point of difference to the business as he also has the external customer needs at the forefront of his mind.

“He has shown willingness to understand the core requirements of our customers through visiting them and understanding the nature of their business, the industry they are involved in and the accompanying issues that they encounter. Anthony has proved to be a leader that has vision, a well-researched plan, knowledge and the ability to sell a concept.”