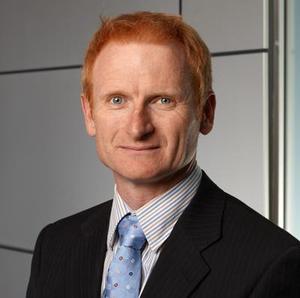 Peter Muggleston says walking a day in the customer’s shoes is still one of the most vital lessons anyone needs to learn.

Muggleston says early in his career, he was running the infrastructure team for the offshore Business Unit of Shell Exploration in the Netherlands.

As part of a Windows upgrade we were increasing the ram in every PC in the business via a contract partner, he says.

“When it came to the PCs on the oil rigs, I decided that our team should do it ourselves and spend time understanding how our technology was working for our stakeholders.

“Back then, the only form of communication was line of sight microwave connections daisy chained across the North Sea.

“As we flew from platform to platform it became clear what a lousy experience we had created. More importantly, as we spent more time working with them we talked to the engineers and before long had identified how easy it would be to piggy-back fibre on the back of pipelines they were laying or maintaining.

“Long story short – that’s what we did. It sounds trivial, but it wouldn’t have happened if we hadn’t got on the helicopter, shared our stakeholders’ pain and joined the dots with our engineering colleagues,” he says.

This constant focus on the customer is a key foundation for Muggleston and his team as they lead the raft of projects that are enabling Foodstuffs North Island (FSNI) to transition into a truly digital business.

In a digital world, he points out, customers expect a higher level of services and immediate rectification of issues.

He cites, in particular, some of their key learnings during their delivery of the New World Online Shopping project.

The goal was to transform online grocery shopping for New Zealanders as well as enhance the New World brand, he says. New World is one of the FSNI brands that include Four Square, PAK'nSAVE and Gilmours.

“We adopted an agile development process, a decoupled microservice based architecture and a continuous delivery pipeline to ensure project objectives were delivered,” he says.

“This drove cultural change across FSNI, and significantly increased the throughput of all teams as we released smaller product increments with rapid customer feedback loops.”

He says the benefits from the project were wide ranging.

It provided customer engagement channels, unprecedented levels of customer insight and the opportunity to delight the customer. He points out 55 per cent of Clubcard customers had not shopped in a New World store within the 13 weeks prior to their first online New World shop at their pilot Mt Roskill store.

We focused on driving innovation with pace

“For our teams it empowered innovation through a true test and learn approach,” he adds.

“It was the catalyst for the formation of our Digital Transformation function to leverage this as a key organisational capability."

He says the past year was transformational for FSNI and its technology team.

The company has worked hard to foster a culture of innovation, he says.

“We implemented Kubernetes/Docker/Containerisation, run On-Premise and in the cloud. This live platform underpins our online shopping services,” he says.

“This has been transformational in the way we build applications and will be the technology many of our new developments will operate within.

“The ability to scale services both horizontally and vertically provides significant advantages for future deployments and cost optimization requirements.”

In addition, he says they have significantly expanded their cloud platform across AWS, Azure as well as developing and building their own on-premise cloud platform.

“The development of onprem cloud is significant, innovating the way we look at traditional cloud models, and leveraging our size and scale to provide a platform substantially cheaper than offshore models,” he says.

“This has enabled the option of moving systems back onshore, or building solutions which can be deployed into the right environment to suit our needs, whilst delivering significant cost savings.”

“We are a 24x7 retail business where every second counts, so technology issues can put intense pressure on our teams. We need strong leaders who provide the right direction, clarity and support, especially when the pressure is on.”

“The evolution of our business on to SharePoint and a new intranet has substantially improved the Technology group’s ability to showcase and communicate with all FSNI employees. It is helping to create a centralised, reliable and highly collaborative hub to deliver results for the business.”

Muggleston says FSNI held its first two-day hackathon together with FSSI, with the executive team, including CEO Chris Quin fully supporting and participating in judging.

The winning three ideas are now being developed, he says.

“The event was a great way to rapidly design and prototype digital ideas and will be part of the future Business/IT landscape, given the learnings, innovation and enthusiasm generated. “

We trained over 100 people, both IT, and the executive team in Agile methods to introduce a cultural shift to project delivery.

“This seachange of agile needed to be started with a cultural mindset shift,” he says.

“The developer portal used in the event demonstrated the power of our microservices architecture and has created the capability for us to partner externally through open APIs.”

He says FSNI has also initiated a Robotic Process Automation work stream and deployed its first robot into the commercial operations function. This has automated the first of a number of highly repetitive transactional functions, saving many hours per week, he says.

“We focused on driving innovation with pace,” he explains.

For example, a proof of concept using cloud based relevancy algorithms to identify the most relevant promotions for each customer, was stood up in six weeks using services already built. The results measured in the pilot group compared to the control group were so significant we immediately set about productionising the service, he adds.

He says changes to their architectural and design approaches have allowed employees to embrace and drive the cultural change.

“Being able to continuously deliver smaller pieces of work with little cost and rapid customer feedback has allowed us to move from a risk based analysis culture to one of test and learn which empowers staff to think innovatively and try new things.”