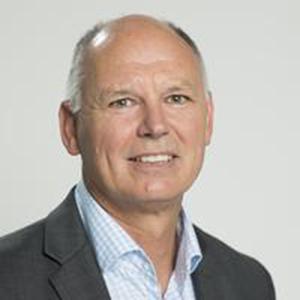 There is not a lot of ‘big bang implementations’ these days, but Mainfreight chose this approach when it rolled out its new transport management system Mainstreet.

“It is our most significant and important system and the replacement of it was like having a brain, heart and lung transplant on the patient while they were competing in an Ironman event,” says Kevin Drinkwater, global CIO of Mainfreight.

“We had to take a big bang approach and move over 800 users to Mainstreet on one day,” he says.

“We purposely did not tell any customers of the change and ensured that they did not need to change anything on their side or be concerned.”

Mainfreight is a global logistics company with headquarters in Auckland, and the system they replaced covered their operations in New Zealand.

“We were happy with the system we had been using since 2000, but we wanted to move to a more modern platform,” says Drinkwater.

Drinkwater says Mainstreet’s implementation was “incredibly successful”, with only around 10 customers affected during the GoLive.

“Mainstreet now runs our freight operations from pickup to delivery for Mainfreight Transport New Zealand, our biggest business worldwide, with revenue in excess of half a billion dollars,” says Drinkwater.

Mainstreet will be rolled out to the company’s Australian freight operations this year.

He lists some critical factors for its success.

“Our key objective was to replace the full functionality of our previous system without any loss of business and with a minimum of disruption,” he says.

Thus, “we were very careful to introduce changes in business processes only where the benefits of the change outweighed the risk of disruption.

“From the onset we determined what the key criteria and outcomes were of each piece of functionality to ensure that although we might be changing the way a process was done, the results were the same or an improvement for the users.

“Our designs were tested thoroughly during the specification stage with key stakeholders and users within the business to ensure the intended functionality reflected the way we want to do business and where there was change, improvements outweighed any disadvantages.”

We also had a thorough plan for failure, says Drinkwater. “We seriously considered what could cause failure, whether in part or full, and having that strategy meant we were less likely to fail.”

Since Mainstreet’s GoLive, the team has become significantly more productive with the new system, with the full benefits will be more realised in the coming years as we streamline and add capability to our starting functionality, he says.

He says an issue they addressed was training the more than 1000 users on the new system.

“Although we tried to replicate our previous processes, the new technology offered considerable opportunity to improve the way those processes were undertaken,” he says. “This meant that the entire business had to learn a new way of doing the same thing!”

We are crossing the traditional boundaries of the supply chain

An ear for innovation

Drinkwater explains innovation across the Mainfreight group of companies often starts from talking with their customers and teams about their pain points and future plans.

This then creates opportunities to meet and exceed their immediate needs through innovation, he says.

“The process from there becomes very iterative where we quickly produce initial functionality overviews and mockups for feedback followed by actual development which goes through a similar quick iterative feedback process.”

Using this approach, his team delivered two new major technology innovations over the past year.

The first is the online merchandise shopping system for one of their global customers. This customer sells products – branded with their company logo – to their dealer network and private customers.

The products from 23 licensees are stored in Mainfreight’s warehouse and are owned by the licensees (consignment stock). Orders by dealers occur through the customer’s standard portal, whereas orders from retailers and distributors are placed on a new online shop front Mainfreight created.

All orders, from both sources, are received electronically into Mainfreight’s purpose built order control system, which handles stock availability, payments and passing the orders onto Mainfreight’s existing warehouse management system.

Drinkwater says a lot of new functionalities and processes had to be designed and built. These included a solution to process the payments, and a reporting tool around stock numbers, sales orders and returned orders.

It took us six months to develop and test the entire system, he says, but the GoLive was successful. “On a scale from one to 10, Mainfreight was rated by the customer with a 10.”

The second project was an order management system (OMS) that helps their customers manage, understand, and grow their supply chains.

Drinkwater says historically Mainfreight’s role in their customer supply chains was looking after their importing/exporting, warehousing, and transporting functions.

“However with the OMS we now have the opportunity to push ourselves deeper into the customers’ processes and provide them a greater level of service,” he says.

“OMS ensures our customers have full visibility on the progress of their orders, from the time they place them with their suppliers, though their arrival at our offshore receiving stations, and finally delivery to them.”

Using APIs, the OMS integrates directly with their customer’s systems and CargoWise, Mainfreight’s air and ocean freight system. Suppliers integrate their information through APIs or a portal we provide, he says.

This ensures a direct and real-time feed of information between all involved and reduces the emails that are typically needed to co-ordinate the on-time delivery of an order all the way from the international suppliers factory to local distribution centres.

“We are crossing the traditional boundaries of the supply chain by working right to the product source to provide our customers with visibility that they have been unable to achieve themselves. In effect we are showing them what is happening within their supplier’s factory!

“This gives us a much larger selling proposition than just providing the transportation and therefore, a competitive advantage.

“Adding to this advantage is the simplicity, and therefore usability, that we produce within our systems. The feedback from our customers is that the system is not only effective but easy to understand and use.”

The key, he says, “is working with the customers and team to ensure we understand the business issue/opportunity that we are trying to solve before we go too far.

“By knowing this first, we can access what structural, operational and cultural impacts will be and decide how appropriate they are and what the risk levels will be.

“Knowing this allows us to tune the innovation to what fits the business or the customer’s appetite. This gives us a known framework of what the impacts will be and allows us to manage them appropriately.”

Drinkwater spends several months in a year visiting Mainfreight’s offshore companies, and talking to his team and their customers.

He recalls visiting Mainfreight’s office in Los Angeles over 10 years ago.

As his wont, he walked around the office talking to the team to find out any issues they had. He noticed there was one team member who he usually got on well with, but was in very bad mood that day.

She said she had no time to talk to me as she was in a crisis situation with the office system, says Drinkwater. “She was pretty brutal in her shouted one line assessment of the system.”

Finally she agreed to tell Drinkwater what was going on. “From that conversation I discovered that we needed to significantly improve the system for processing dangerous goods (DG),” he says.

The team did more work on the system.

“The module we created was innovative, gave us a competitive edge and brought significant efficiencies to the business,” says Drinkwater. “It also ensured that our documentation of DG information for the shipping lines became much more accurate.”

The lesson from this?

“It pays to listen to those who complain the loudest about the system,” he says.

“It is always important to understand that there are only two reasons for this – either they haven’t been trained properly or the system is wrong.”