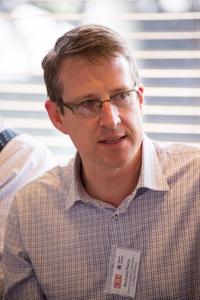 “As much as we can afford to, our projects are cost neutral or cost beneficial and look to improve reliability and flexibility,” says Richard Parry, Stand CIO.

Over the last year we have introduced a new CMS, an analytics package, rapidly expanded our workforce, worked through the roll out of a new national phone system and rolled out Windows 10 to our PCs, he says.

IT has initiated many of these projects and been forced to come up with quick solutions to business demands for others, he adds.

“Our IT team is active in seeking out more effective solutions to our business needs and are well supported by our CEO and leadership team. We seek to reduce risk as much as we can without introducing new costs and look to use new technology to cut costs in other areas.”

“We are driven to reduce risk or save costs, so we are very willing to look at new innovations - moving to a largely mobile based phone system and away from a conventional PBX or VoIP model is one good example of a vendor and our IT team coming up with a new solution.

“We have changed ourselves over the last few years from a limited office-based desk work model to a mobile, connected work anywhere team,” he states. “Access anywhere is the norm, not the exception now.”

Parry says the charity has also increased the availability and reliability of its IT environment and reduced costs.

“By increasing the reliability and reducing the overhead management of our environment, we have freed up a lot of IT time to research and engage with wider communities in person and online,” he explains.

He says the biggest project completed by his team over the past year is the shift between the client case management system (CMS) from bespoke, internally hosted system to a SaaS product.

This system is used by almost all staff on a daily basis and is our main business application, he explains. “We had identified considerable risk with our current product that we could not overcome with the developer so we sought out and began to implement a new system.

“This system is used to hold all our client records and then generate all the reporting necessary to meet our contractual obligations. Recognising the importance of this system, the board further approved the employment of a dedicated analyst/auditor to further configure the system for our needs and ensure that staff are using it correctly.

“We have now added to this a separate analytic system that lets us see how we're doing in real-time,” says Parry.

“The process of implementing this system saw us deeply analyse how we work and what steps we need to follow in each case, resulting in us producing our first set of process maps to fully guide our workforce through the system.”

Parry was promoted to CIO following several years as national IT manager at the Wellington-based organisation.

“As a not for profit, we are able to call quite heavily on some major players for help and that goes a long way to bringing in new innovations we otherwise could not access.”

Microsoft New Zealand, for instance, has selected the NGO as a strategic partner.

“One of the ways we benefit from this partnership is through Microsoft working with us to find ways to further our mission through technology,” he states.

Last year, for instance, Microsoft provided funding and support to bring the power of analytics into their CMS.

Microsoft did this by funding one of their Power BI partners, Stellar Consulting, to perform the work.

This data is anonymised at source before uploading and can then be manipulated into dashboards that are giving our leadership teams daily snapshots of how they’re performing with the ability to dive into the report down to the case level to find specific cases that need immediate action, says Parry.

“Right now we can see how well we’re managing demand and how effective we are in bringing about positive outcomes at the end of our interventions on a daily basis.

“As we continue this program, we believe analytics will give us a deeper understanding of exactly which interventions and tools provide the optimal outcomes for the children we’re privileged to work with on a daily basis.”

He says the Power BI analytics project extends beyond Stand. The anonymised data is built as a pilot node on the ‘Data Highway’ envisaged by the government to provide a means of sharing data securely between agencies. Other agencies will be able to connect to the data warehouse and ask their own questions about the data.

Another example of how they harnessed their partnership with Microsoft is when they developed a new build using Windows 10. The build took several weeks but the ease with which it can be deployed at a local level without IT team involvement and the reliability of the resulting machine means break fix calls have substantially reduced.

“We could do this project because of the relationship we have with Microsoft as leaders in the not-for-profit sector,” he states.

He says an example of how the team used available research time and a willingness to be experimental was when they decommissioned an on-premise backup system and moved it to a very low cost cloud model. As well as enabling easier recovery, the cloud based platform requires less management.

“For us, innovation reduces our costs and frees up our time so very quickly, this project pays for itself,” he states.

Parry says Stand has a very flat structure and as CIO enjoys direct access to the CEO, the board and the national leadership team in an informal and collaborative manner.

“IT can bring up ideas very early in the piece to get a good notion of acceptance without lengthy meetings. Significant changes are accomplished on the strength of simple but well costed out business cases with only the largest changes needing to go to the board,” he states.

“Our organisation values innovation and is realistic about outcomes.”

As an IT department, we are free to communicate to all staff nationwide vis a group email or Intranet post, he states.

Stand has over 400 staff across New Zealand, and they get updates from the IT team through the intranet.

“We have personally met or talked with many of our users so have the familiarity needed to be informal with them,” he says.

“These methods work because of the inclusive culture fostered by our leadership teams and the work our team have put in to build relationships nationwide.”