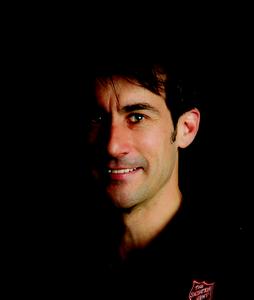 Mark Bennett says the ICT team at The Salvation Army are working on major business transformation programmes, involving the shift of their critical information systems to the cloud.

“We're looking to embrace cloud SaaS for our line of business apps,” he explains.

As examples, he says the organisation is moving its financial and payroll systems from on-premise solution to the cloud (SaaS) model and replacing file servers with Google Drive.

It is a work in progress, with some centres having completely moved to the cloud, while others have systems co-existing with Google Drive and the centre server, explains Bennett.

We wanted to increase functionality to users while either reducing or maintaining costs, he adds.

“We also are keen to increase security and eliminate as much risk around security,” he states. “Our opinion is that the vendor providing finance and payroll solutions has a greater interest, investment, and skill in securing their solution that we will ever have.”

He says the impact of these projects on the budgets has been significant because both involved a switch from heavily capital focused spending to operational costs.

As well, the shift has impacted the focus on the IT team and what they work on each day, he says.

The Salvation Army in New Zealand includes the group’s operations in Fiji and Tonga, and Bennett and his team of 15 provide ICT support for the group’s offices in the Pacific.

Thus, among their major projects this year is a review of their international collaboration systems and a WiFi solution for New Zealand, Fiji and Tonga.

The teams are geographically spread across New Zealand so Bennett says they make it a point to meet in person every quarter.

“We also utilise IITP training for soft and skills development while identifying appropriate technical courses to ensure the team is appropriately skilled,” he states.

He also has three team members who can provide cover for him when he is not around. “This covers off all aspects of my role and lets them focus on developing different skills for themselves personally.”

At Salvation Army, Bennett says simple innovation projects can bring tremendous benefits to the not for profit.

One recent example is how they used technology to automate the carparking process in their offices.

Rather than rely on people talking to a department that manually allocates and manages carparks, we created an app for it, he states.

“While perhaps not that innovative from the outside, it was revolutionary to many of our people,” he says.

From their smartphone at home, they can coordinate a space for carpark. Or when they are at the airport for a holiday, they can cancel their carpark. The payment is also automatically sorted.

In another area of the organisation, they did a similar import, transform and load for some centre-specific bank accounts. “This has eliminated some manual data entry and the associated errors that was taking place,” he states. “While it is not exactly rocket science, we've managed to deploy it to our centres which is fantastic.”

The ICT team members have ongoing conversations with the rest of the business units. The topics range from relevant news items, to trying out new devices and approaches.

The team maintains a blog that is updated twice a week.

“We also have been experimenting with more casual ‘training’ sessions that run in person and also want to run this through a live streaming service,” says Bennett. “The success of this is measured through the feedback we receive outside of them.”

These are comments on the blog or questions that arise directly related to the webinar.

Bennett also shares information with the leadership team and staff, but does this only through Google Drive, “ so they don’t have the option of looking at local files!”

He meets with the board twice a year. A couple of times a year, he also speaks to the heads of business units and their teams.

“Sometimes this is a meeting where I can set the agenda and at other times I'm invited into planning meetings they're running.”

There is a desire for change within the organisation, says Bennett, and the ICT team keeps this in mind as they implement the different business transformation programmes.

He also discusses how he and his team are working with the board to make sure they are updated on the business transformation programmes they are working on.

“We are constantly working to ensure the members are aware not only of the potential IT offers us for automation and acceleration but also transformation.

“This is then tempered with constant discussion around our IT maturity and the way we resource the organisation,” he adds. “We’re extraordinarily lean everywhere.”