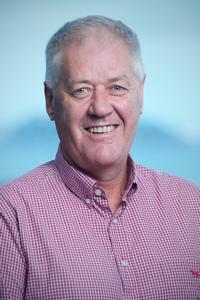 The New Zealand Racing Board is in the midst of Optimus, its biggest technology and business transformation programme in more than 30 years.

The programme included multiple streams of work which impacted on every corner of the organisation, changing the very way NZRB staff do their work, says Gary Woodham, who was acting head of technology when CIO Colin Philp left in December.

Ex-Kiwibank CIO Dianna Taylor has now taken on the role and Philp is now CEO of IntegrationWorks.

The most recent move involved getting out of their Petone datacentre by virtualising the majority of the services to Revera Cloud Services.

This has provided major business continuity protections, significantly mitigating the previous risk to our operations in the event of a natural disaster at our head office location in Wellington, says Woodham.

NZRB launched the Optimus in 2015, which saw some of the most significant technology change for NZRB in more than 30 years, with implementation over the past 12 months.

An early phase included outsourcing tier 1 & 2 infrastructure and desktop support to Spark Digital which provide a managed service. In the middle of last year, the whole staff moved to Google Chrome devices with G Suite as the desktop, communications and collaboration solution.

Moving to Google has let NZRB re-engineer business processes to be more efficient and effective, he says.

“Team members can work flexibly with better mobility. We use Google Forms and Hangouts, and workers can collaborate on documents in real time.”

As well as the innovations undertaken in the implementation of the Optimus Programme, over the past year NZRB also implemented a modern cloud-based solution (IaaS and PaaS) to support one of its key digital display solution for retail stores and oncourse TAB sites at race courses.

“This is important step towards migrating off the current legacy platform, which is more than 30 years old,” he states.

NZRB undertakes an annual engagement survey which provides a key method of measurement for the technology team’s engagement both within its team and with the wider business. The technology team also participates in an internal customer satisfaction survey.

Woodham notes that in the midst of this massive change management programme, the 66-member IT staff gotthe highest business unit score across NZRB.

The 2016 staff engagement score was 78, the highest business unit score within NZRB and two points higher than the organisational engagement level of 76, he notes.

Woodham credits this to the good relationships the technology division fosters with other teams in the business.

The team makes sure the rest of the organisation have continued visibility and understanding of the technology team’s activities. This is done through NZRB’s official communications channels, which include the monthly ‘CEO Forum’.

This is an all of organisation meeting presented by the CEO often with a panel from his leadership team including the CIO, which is live streamed via Google’s YouTube service. A recording is made available to those unable to attend or view on the day.

We also send out a weekly ‘Across the board’ email to all staff with regular updates from Technology, and profiles on technology team members to help build relationships and foster understanding of the various roles in technology, says Woodham.

He explains the technology team is diverse, with staff from 12 countries, and encompassing a good mix of gender, age, and tenure.

“The culture of the team has improved significantly over the last four years, largely driven by the technology leadership team undertaking regular communication including weekly all-of-team floor meetings, ongoing coaching, and providing training and development opportunities for staff.”

Woodham says with tight budgets and limited resources, keeping the balance between core systems and innovations is always a challenge.

A key focus for NZRB is on uptime and compliance of core systems, given the huge dependency of our business on these systems, he says.

“As a wagering operator whose purpose is to support the New Zealand racing and sports industries with our profits, any downtime is literally costing us money.”

The outsourcing of our IT infrastructure under the Optimus Programme has provided financial benefits and allows us to focus on system enhancements.

The GM technology role sits on the executive team, and reports directly to the CEO, reflecting the importance of technology to NZRB’s entire operations, he says.

“The executive team meets weekly to discuss issues, risk, initiatives and opportunities, with the CIO ensuring technology considerations are discussed and, where necessary, prioritised,” he states.

The executive team, including the CIO, meets regularly with the NZRB Board.

In mid-2016, the executive team established a technology committee in recognition of the increasing strategic investment in NZRB’s technology to support the rapid customer shift to digital channels and services, and the need for the board to fully engage with this work.

In addition, he says, a subset of the executive team and some additional business key stakeholders meet every month to discuss NZRB’s project portfolio and the prioritisation of projects and initiatives.