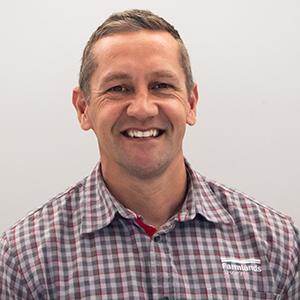 Farmlands is a rural co-operative that provides agricultural supplies to 75,000 shareholder customers agriculturalists of all kinds working the land and raising animals. It employs over 1400 skilled people in 82 stores and has NZ$2.7 billion in annual turnover.

Chief digital officer Richard Wilkinson says IT plays a huge key role in the co-operative’s mission, and includes technology such as traceability, genetics, and crop management, as more consumers demand visibility into how their food is produced.

For the past three years, Farmlands and its partner Microsoft focused on a $90 million transformation, replacing older systems with a Microsoft-based technology backbone, including Microsoft Dynamics 365 on Microsoft Azure, and adopting a cloud-first approach.

Farmlands is the result of a merger of two co-ops and the two organisations hadn’t fully integrated into a single culture. The aim was for a sweeping digital transformation to bring both organisations together.

Former CEO Peter Reidie says: “We wanted to turn ourselves around and become more outward-facing, more focused on serving our shareholders effectively. The right technology can help us play to our strength as an expert advisor to farmers and producers.”

Wilkinson cites the implementation of the click and collect eCommerce website as an example of digital transformation.

“When COVID hit, Farmlands was deemed an essential business, supplying farms with the materials they need to work the land and keep animals alive. Our stores were closed to the public, but we needed to find a way to continue fulfilling orders with no eCommerce site. So when stores closed, shareholders flocked to phone and email in overwhelming volumes,” he says.

“Suddenly, Farmlands had to stand up an eCommerce site much faster and sooner than planned. The co-op turned to Datacom and Adobe for help building a Click and Collect store. The goal was to create something highly secure and functional in less than four weeks, using best-of-breed technology with Adobe Experience Manager Managed Services.”

Getting a minimum viable product up and running with an aggressive timeline was a challenge, and at one point, there was a team of 40 people working on the Click and Collect store. But in In three and a half weeks, the Click and Collect store was built from scratch, featuring 2,000 of Farmlands’ highest-selling products. The product information comes from the Microsoft Dynamics 365 system, and Adobe Experience Manager serves the content online.

“The site caught on quick, with hundreds of orders pouring in every day. In just 23 days, the Click and Collect store brought in more than three times more revenue than the previous site did in a whole year,” Wilkinson says.