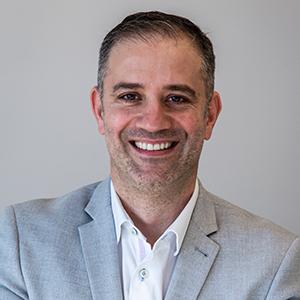 Andrew Haddad joined Vodafone NZ as CIO to lead the IT elements of the company’s digital transformation journey from a legacy telco to a world-class digital services company. The company had complex legacy technology debt hindering customer and staff experience, which meant innovation was required, and CEO, Jason Paris, gave him two clear objectives — IT Stability and IT Agility.

In 2019, he says the IT function was struggling with numerous legacy systems and technical debt following multiple mergers, acquisitions and years of underinvestment in IT systems as Vodafone Group prepared to sell the New Zealand business over an extended period. Each month it was averaging between 40-60 major IT incidents and data showed there was a direct correlation between IT incidents and a drop in customer feedback, as measured by net promoter score (NPS).

“Our talented, hardworking IT team was burnt out and their staff engagement score was the worst in the whole business. With better IT stability, we knew we could improve both customer and staff experience, pave the way for IT Agility and move towards our goal of becoming a world-class digital services company. This became our number one team innovation focus,” he says.

“We had a tech debt register with 367 known items that we estimate were causing approximately 20% of all our IT incidents, it was clear my first priority had to be tackling our technical debt, so we established a dedicated Problem Investigation Squad (PBI). Their sole purpose was to find and fix the underlying root cause of these known problems. The process I put in place was simple but effective, to identify the business owners impacted by each of the tech debt items, and work with them to prioritise the ones that we worked on first. This meant we weren’t just closing the easy problems but the ones having the biggest impact and fixing the true underlying cause,” he says.

For each fix, the team documented a one-page solution document, which the business signed off once implemented to verify the fix had been effective. This measurement approach and focus on driving customer benefit was important in reducing technical debt and driving better IT stability, Haddad says.

“In the last two years the PBI Squad have reduced our tech debt by 78% with just 81 items remaining. The value of this innovation shows in customer experience and staff experience metrics, which have significantly improved. The IT team NPS has moved from -29 (needs improvement) to +36 (great), a massive improvement that is palpable in the team culture.”

IT influence extended and enhanced

Under the Vodafone Group, the IT business unit was part of the technology team. However, following Vodafone NZ’s ownership change, IT was elevated to being part of the executive team, with an increasingly important remit of delivering a high-functioning operating environment to underpin operations and digital transformation.

Haddad is actively involved in Vodafone NZ’s employee networks — including encouraging participation in the groups and attending a range of events. The employee networks include Salam (Muslim Vodafoners), VoChi (Vodafone Chinese), Rainbow Whanau (LGBTIQ+) and Mana Wahine (Women at Vodafone) and Pasifika Collective.

“I try to promote female leadership within our IT team and active participation in networking events both internally and externally. I’m the co-executive sponsor of our Māori development staff engagement program and help to champion initiatives to promote te ao Māori within our business.”