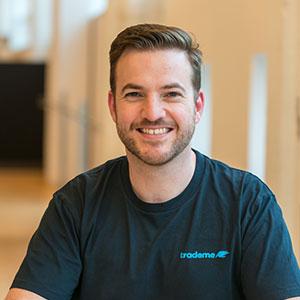 Technology at Trade Me has always been pushed hard to keep up with growth and support the increasing demands of Kiwis using our services, says Simon Young, its Chief Product and Technology Officer.

“Over the years we have invested in our API to drive our mobile apps and third party integrators,” says Young.

He notes, however, that their flagship site did not use their API and the teams were becoming increasingly bogged-down working on multiple platforms.

This was the backdrop of the FrEnd project, a replacement of the Trade Me website with a responsive, single page application.

“This is a transformational, strategic priority for the business,” says Young, who was executive sponsor of the project.

“The FrEnd project is an ambitious endeavour to consolidate our web experiences into a single API-backed platform, allowing us to leapfrog years of technical debt,” he explains.

The benefit to the organisation is a higher quality platform built on modern technology and using best practices. This, he says, allows their teams to work efficiently and effectively to ultimately make Trade Me a better experience for Kiwis.

He says the first milestone was the replacement of their mobile web experience, and followed by replacing parts of the “classic” Trade Me site.

This project combines new technologies on the front end (e.g. Angular) as well as more sophisticated deployment techniques such as Kubernetes.

Initially a centrally led project, teams all across the company are now actively working on the new platform and releasing changes that deliver great outcomes for Trade Me members. The new site is increasingly becoming the primary destination for Kiwis using Trade Me on the web.

In rebuilding Trade Me, Young says it wasn’t enough to simply shift existing functionality to a new site.

The shift led to at least two major renovations.

First is the creation of Tangram, the Trade Me design system. This product is the key to ensuring maintainable and beautiful design and code. “This helps us keep cohesion across the many areas of Trade Me today, as well as in the future by ensuring improvements to tech and design patterns are easily implemented site-wide,” says Young. Tangram has recently been released to the public.

He also strengthened the data science function at Trade Me. In order to deliver algorithmic insights to their customers, Young created Trade Me’s first Data Science team. Their work is present throughout the new site, from recommendations in the “List an item” process, through to improvements to Search.

Young has been with Trade Me for over nine years. He joined as Head of Development and after four years, was promoted to Head of Product Development, and then to Chief Product and Technology Officer in August 2018.

Before mid-year, he is taking on a new challenge, as VP of Engineering at industrial automation firm Halter, with head office in Auckland.

Young says the executive team at Trade Me is composed of high performing individuals, each with their own strengths and experiences.

“We are at our best when we are leaning on each other to support and challenge our thinking,” he says.

During weekly meetings, the executive team discusses operational matters, while monthly meetings are around strategic priorities and special topics.

“For example, I am constructively challenged about technology topics and also participate actively in discussions over specific business unit challenges,” says Young.

“We operate a ‘default to open’ approach in our meetings as well - special topics are normally presented by the person closest to the issue at hand, regardless of their place in the organisation,” he adds.

He says over the last eight years, Trade Me has moved from private to public ownership and back again.

“Our strong culture has been a key component of successfully navigating those fundamental operating changes,” he states.

“From a technology perspective, good leadership is about making great data available for smart decisions, enabling teams to deliver great products for our members, and ensuring our platforms are safe, secure, and fast.”

He says setting up diverse teams is a huge part of this.

He is proud to note that in 2019, his eight-person senior leadership team was equally split by gender.

“We also look for diversity of thought, background, and experience when recruiting so that new hires are not so much a ‘cultural fit’ as a ‘cultural add’.”