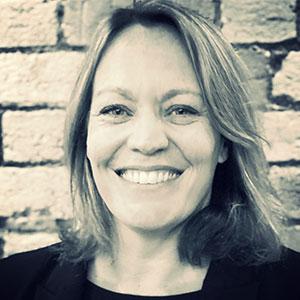 “We are embarking on a new era of technological advancement in the game, how we look after the health and wellbeing of our players right through to how we choose to watch and participate,” says Angela Nash, chief technology officer at NZ Rugby, on the portfolio in store for her and her team in the coming year.

“With unprecedented change happening globally in how we play, manage and watch sport, there is a real opportunity for NZ Rugby to utilise technology as an enabler not only for our community rugby family but also for our high performance teams and our fans.”

Nash joined the Wellington-based organisation, the governing body of rugby union in New Zealand, nearly a year ago.

She spent the first six months doing a full review of the organisation's IT systems and service offerings.

The review covered systems that run the business and grassroots games, as well as those used to engage their global fan base.

The review led to a very structured and focused change program to consolidate their existing systems and identify and launch some exciting new tech over the next year.

“As we are at the start of our journey the first piece of change was a full replacement of a legacy system that over time had organically grown to encompass all core functions of the community rugby ecosystem,” she explains.

As with most legacy systems, this one had become large and unwieldy and also very expensive to maintain, with limited scope for new capability.

In addition to this our systems were no longer “best in breed” nor innovative enough to provide NZ Rugby a real differential to our competitors, she states.

“Having great players, teams and coaches is only part of the equation and we need to enable our people to be the best.”

Thus, over the past year, NZR has swapped from a centralised core legacy model to distributed systems utilising API layers to truly engage “best in breed” technology into their systems, such as concussion management and LMS systems.

“We want to provide a level of unprecedented flexibility to NZR with regard to our systems to ensure that we have the ability to provide fit for purpose systems to all levels of the business,” says Nash.

This not only enabled them to move off the old systems. “It gives us choices moving forward and completely disrupted the traditional model of delivering IT to a national sporting body,” she states.

“It came with some pain though we believe the long term benefits to the business and our people - and in effect NZ and the game of rugby globally - will be well worth it,” she states.

The move away from legacy systems set a good foundation for NZR’s future by enabling the digitalisation of operational processes and providing more efficient and effective resource management. She says the new system also generated greater customer insights that employees can act on to improve customer experience.

“Overall, if we can provide an environment that enables an easily accessible view of our customers and increases our ability to innovate with agility we will be leaders both on and off the field,” says Nash.

Whenever you change legacy systems you are pushing change across and through the business and this project was no different, says Nash.

She put equal focus on the technology and the impact to the culture of the business as a result of the change. We looked at the mindshift needed in order to be successful, she says.

“Rugby is itself a deeply traditional game with long-held and robustly protected beliefs. When you are trying to effect change in that environment the way in which you identify, plan, communicate and effect that change is the single biggest risk factor to your ability to be successful.”

She admits that the first phase of the project did not go as planned. “We needed to step up and own that. Thus, they set to get the minds and hearts of their people as number one priority.

At the same time, the technologies they were deploying were not traditionally considered relevant in sport such as artificial intelligence, augmented reality and interactive experiences.

Alongside the automation of some core processes and creation of data-driven insight capability these “future tech” initiatives will continue to be rolled out over the next 12 months, she states.

This will in effect leapfrog their systems to world class levels in player management, fan engagement and capability in XR (the mix of AI and augmented reality).

Nash says she is relentless in her area of work - that is, to bring positivity and pragmatism to her team, their goals and that of the business in general.

This, she says, is something she brings to her work in general.

“Being engaged, visible and available are the three key enablers to me,” she says. “And, as old fashioned as it sounds, doing what I say I am going to do are the most successful things I bring to any organisation.”

“As a people leader my team knows I have their best interests at heart which is fundamental to both my leadership style and my ability to influence the wider business.”

She says one of her biggest challenges being in technology and sport is to try to take what can be technically difficult concepts and explain them to a broad audience in a way that makes sense.

“The ability to effectively ‘translate’ to get your points across, and in turn, listen to others is key,” she says.

“We deal in change as a day job and being mindful of the effect you can have on day jobs and people should always be the number one thing,” she points out.

She is likewise involved in ICT community activities. She is a business mentor for several technical start-ups, a member of the Auckland University Business School CIO Advisory Panel, and a director at Parafed Auckland and STRMix.

She also speaks regularly at industry events and is an advocate for promoting women to leadership positions in ICT and beyond.

She says NZR has a broad set of programmes that support and enable staff to meet organisational objectives particularly around diversity and inclusion.

She tries to be visible in the community and within the organisation in activities to support these programmes.

Since has already implemented at NZR several cross-functional meetings to support the goal of technology as an enabler in our business.

“In addition to this, I work my way around the wider rugby community at all levels to ensure that the vision and purpose of what we need to do is clear and concepts are explained with appropriate value connection to ensure genuine collaboration and clear communication paths.”

Her team has created several macro level diagrams that they share freely to ensure that these messages are communicated across the organisation. “Treat your leadership position with the respect and mana it deserves,” she says on a key insight she takes to her various roles across ICT.

“It is easy to get distracted by the day-to-day tasks of running a business, managing people and having a home-life but the impact you can have on an individual, a team, a project, a culture or even an outcome is very real.”

“If I can say something nice, offer some support, provide some advice or even complete a task that makes someone else’s day easier then that’s a good day.”