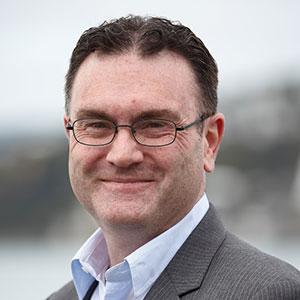 To manage this, the senior leadership team, including himself, work jointly together to agree on project priorities, which they align to the business strategy and develop an annual technology roadmap to support these.

This has now been expanded to cover the region including Australia and South Africa, with IT support for Australia now delivered by the New Zealand and Vietnam based team.

Davidson says the roadmap is also shared and discussed openly with the board, who are able to share experience gained with Dekra in Germany or with other companies or the MTA (VTNZ’s other shareholder) in New Zealand.

Based on the successful turnaround of VTNZ’s technology environment and team over the last four years, Davidson has also been involved in formulating a similar plan for the transformation of IT at their parent company Dekra.

As a result, Davidson will shortly assume a global role, responsible for all DEKRA regions. Prior to his current regional Vice President role, he was CIO at VTNZ New Zealand.

In his new role he will be charged with setting up a global applications development and technology projects delivery group using the same model started by his team in New Zealand.

“In many ways, the New Zealand business is now considered to be similar to the Dekra business in Germany, albeit 1/40th of the size, and a kind of successful ‘litmus test’ of the approach,” he tells CIO New Zealand.

The model and approach used to transform technology at VTNZ has also been of interest in other industries, says Davidson.

“In particular, the message of getting ‘IT out of the basement and into the boardroom’ resonates better than one would expect at CxO and board level, with a number of senior executives showing interest in VTNZ’s IT turnaround approach and success,” he states.

Over the last two years, Davidson has continued to deliver on a strategy to transform and improve VTNZ’s information systems capabilities that he started in 2016.

Building on top of its successful ‘Cloud First’ and hybrid onshore/offshore (Vietnam) applications development approach, the focus is now on improving performance and efficiency business wide.

More recent work has been about breaking down data and operational silos within the business.

“What started out initially as a few small projects to centralise data and integrate new and legacy systems together have become ongoing programmes of work,” says Davidson.

He says leveraging ‘as a service’ data and integration platforms in the cloud has enabled the team to quickly deliver wide-ranging business improvements.

These include automation of previously manual data loading processes between operational, learning management system, point of sales and financial systems.

The team also implemented an innovative ‘Data Lake’, which allows VTNZ staff outside of IT to explore and experiment with both relational and non-relational data sets.

The team rolled out a tablet kiosk platform supporting NZTA’s driver theory testing application and geared to support other customer facing self service solutions in the future.

The low cost, agile development model and ‘SaaS’ architecture of the solution was recently adopted as the preferred approach to global product development by Dekra’s Vehicle Inspection Service Division.

Using the same approach and team, development has begun on building up a catalogue of cloud-based business components that can be reused - but integrated together in different ways to cater for differences in local business models.

The end goal, he says, is to have all the different businesses where Dekra inspects vehicles worldwide using the same suite of tools instead of each developing their own.

The first two countries to adopt the new platform and systems produced will be South Africa and New Zealand, with Spain, US and Chile likely to follow.

He says the innovations came about as a result of a need to improve business efficiency by reducing manual processes and duplication of work between different parts of the business.

This, in turn, came about as part of a wider business strategy to respond to government deregulation and increase competition in the market in recent years.

By implementing a cloud first strategy in 2017, VTNZ has been able to make use of low cost ‘as a service’, Azure cloud-based data and integration technologies to deliver these benefits quickly. Unlike traditional integration platforms or tools, there is no software to install, and no upfront investment required to implement the tool – integrations can be built quickly as and when needed.

The tools are also ‘developer friendly’ allowing VTNZ to leverage its existing Vietnam and Wellington based developers to do the more difficult system and data integrations using the Microsoft toolset they are already familiar with, says Davidson.

Less complex integrations are actually closer to ‘workflow automation’ in nature and able to be built by ‘Citizen Developers’ outside of the IT team as well.

This ‘building block’ approach has now been picked up by the parent company Dekra, with VTNZ staff assisting them to build up a global integration platform.

Using the same approach, Salesforce and SAP systems in Germany, France and China were able to be quickly integrated together, freeing up a number of administrative staff for other work, says Davidson.

The cultural impacts on both VTNZ and its parent VTNZ have been quite profound – particularly as a result of using cloud-based data and integration tools.

“Rather than being responsible for ‘keeping the lights on’, the information technology team is now much more aligned with business outcomes than technical ones,” he says.

Where the focus in the past would have been on technology, the team is now talking about improving and standardising operational processes, improving customer experience and challenging the status quo.

Through a gradual process over the last few years, the technology team has also become the unofficial consolidator of business data, bringing different functional teams together to make sure they share and develop insights collaboratively.

Kanban boards, and use of visual studio devops tools are no longer an exclusive domain of the VTNZ technology team.

This, he says, has also led to an interesting phenomenon where other functional teams in the business are investing in business intelligence and data science skills training to leverage what has been built up.

With the recent trial of a data lake, the marketing team has been a regular user of the new technology in order to experiment with non-relational data or build prototype reports.

Davidson explains their approach to leadership and culture of the IT team is a little bit different from a traditional ICT function.

“We model our IT organisation and culture on professional services companies rather than a more traditional IT department,” he says.

He says with a small team distributed across Wellington, Ho Chi Minh, Melbourne and Johannesburg it can be quite a challenge to keep things interesting for the team.

“Nobody really likes to be just doing support of the same things all the time – so we allow quite a lot of freedom for the team to try new things and experiment,” he says.

Costs are low with the cloud, so from time to time the team will choose a topic like a chatbot, robot manipulator, Internet of Things and they will break into small teams to try these out.

“This often happens over a few beers and pizza on a Friday, and collectively we learn a lot,” says Davidson.

“It's also about recognising technical leadership and clever things people have done and forgetting about reporting lines or seniority so innovation can flourish.”

The wider VTNZ culture also helps a lot to offset some of the downsides of being a smaller team within a company outside of the IT industry, he adds.

“Any team member can approach any of the senior leadership with questions or ideas on how to improve things.

“We’re also very open within the IT department and I’m a firm believer in explaining as much as of the big picture/reasoning at executive level to my team which might not be so transparent at similar sized companies.”