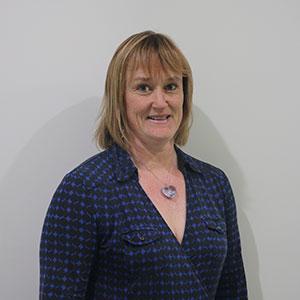 “Critical to the success of any CIO is the team around them, and the most important lesson I have learned has been to ensure that I put in place the most effective team possible,” says Mandy Kennedy.

Kennedy has just wrapped up her chief digital officer role at Paper Plus Group, and is now chief technology officer at Regional Facilities Auckland (RFA).

She joined Paper Plus as its first CIO, and a year later, was asked to step up to the newly created chief digital officer role.

Prior to this, she has worked in project management and analyst roles across finance and in international consultancy.

Through these she shares some lessons learned in building an effective team that is ready to take on rapid changes in the workplace.

First, she said, is to build a team culture which is open and supportive, where all members feel that their contribution is valued, have their views respected and are able to collaborate effectively.

“It is also important to recognise and celebrate success whilst also accepting and learning from areas that can be improved upon,” says Kennedy.

Secondly, hire individuals not just based on their knowledge and prior experience, but also on  attitude and potential.

“Ultimately, skills in a new work environment can be acquired quickly with the right attitude and eagerness to learn,” she states.

“It is important to recognise that there are pressures outside of work which need to be balanced to allow team members to be effective at work,” she states. “My focus for the team has always been on delivered outcomes and productivity not ‘bums on seats’.”

Fourth, she says, is to extend the concept of the team to include technology partners. “Treat them in the same way as you would your own staff,” she says.

These four team building concepts were useful when she was leading one a major digital transformation programme at Paper Plus.

The project was the launch of a new website, which not only delivered a vastly improved customer experience and also led to significant operational change across the business.

The project had a significant impact across the entire organisation, both through the lifetime of the project, and on an ongoing basis, she says.

She cites that the period building up to the delivery of the new website required an extended period of long hours.

“As a lean support office we did not have the luxury to dedicate team members to the project, so project work had to be carried out in tandem with the ‘day job’ which created pressure during a busy trading time of year,” she states.

“The successful launch was only possible as a result of the strong team culture which we had developed,” she says.

The website supported a key strategy board led initiative to increase sales through the online channel, which is driven by the fact that online sales in New Zealand retail are growing at 16 per cent, far outstripping those of the brick and mortar channels.

Thus, the website was designed to be customer centric, so that the customer journey is seamless and frictionless.

The new web site introduced change to existing systems and processes, for example, storage of images in a new cloud based solution, in addition to a requirement for a more ‘digitally savvy’ way of undertaking aspects of people’s role, for example the configuration of the machine learning product recommendation tool.

On the website project, the dependencies between suppliers were highly complex, and ensuring that all external parties remained engaged with the project and delivered to the (often shifting) timelines required, was a testament of the strength of these relationships, she says.

Kennedy is involved in mentoring both in an official and unofficial capacity.

She continues to mentor another aspiring female CIO through her career journey, and mentored her ‘2IC’ throughout the web project. She had helped the latter gain experience and confidence to take on more managerial and supplier facing roles.