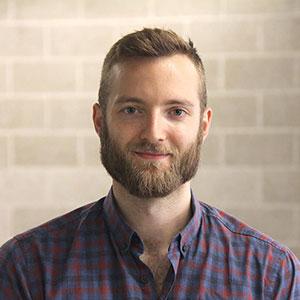 Centrality is a blockchain venture studio that partners with innovators in key industries to create a decentralised peer-to-peer marketplace of applications.

“We provide businesses, developers and startups with the tools and technology to create decentralised business and consumer applications,” says Wilfred Godfrey, chief technology officer at Centrality.

He says the organisation is always looking for innovative ways to break down the barriers that are holding back the mainstream adoption of blockchain.

He cites a report from ConsenSys, which states that the first two generations of web infrastructure, or Web 1.0 and 2.0, added US$4 trillion to the global GDP and created 25 million jobs in the US alone.

If the development of Web 3.0 continues as forecast, another US$4 trillion in global GDP is expected along with millions of new jobs.

“But getting to this place will require ongoing collaboration across the blockchain ecosystem,” he states.

Godfrey says the goal of his team is to build a solution that accelerates this transformation. Thus, they introduced proprietary, decentralised cookies known as ‘Doughnuts’.

The name reflects the concept of decentralisation as there’s no centre in a doughnut and no central authority in a decentralised network, he states.

By giving users control of their data, Doughnuts expand on the distributed nature of Google’s “macaroon” technology, while more closely mimicking the behaviour of cookies.

Doughnuts bring the full benefit of cookies to the blockchain, while addressing the security and privacy concerns inherent in cookie technology. Now, for the first time, users have a clear and secure path from the centralised world to the decentralised world.

The common use cases for blockchain technology are reinforcing trust and improving process efficiency through transparency, ownership and security. “Anything we can do to make it easier to adopt is a win” says Godfrey, regarding how their work with Doughnuts came about.

However, blockchain networks typically require users to manage multiple key pairs when they log in, which is a problem that they wouldn’t encounter using centralised technology.

This is a significant barrier to entry for mainstream users and is considered more of a risk for users than the centralised approach.

Every blockchain project aims for mainstream adoption, but this is unlikely unless consumers can get the convenience and security that they are used to at a minimum.

Full, scalable decentralisation is Centrality’s ultimate goal, and Godfrey sees Doughnuts as a core innovation on the path to achieving it.

He says Doughnuts were the result of a year of hard work across two very different blockchain technologies.

“Our ultimate challenge was improving the user experience of identity management,” he states.

Godfrey and his team had proposed permissioned blockchain technology in early 2018, but the missing piece was Doughnuts. The latter made permissions cheap and easy to generate.

“This innovation came on the back of two months of intensive research and analysis,” says Godfrey.

Because of their success with Doughnuts, Centrality is shifting more of their resources away from pure academic research and towards more seamlessly integrating design and engineering.

A subsequent change is the use of roundtable discussions to maximise positive project outcomes.

Godfrey says teams in the company are now challenged to think about and understand a user experience problem affecting blockchain technology before gathering to discuss all developed solutions.

He says it’s an opportunity for teams to broaden their understanding of the technology, and to get new and valuable perspectives on hard problems.

“The challenge has been in developing a culture open and trusting enough that people feel comfortable sharing what may be considered at face value poor ideas,” he says. “We’re trying to do something no one has ever done. The right idea is going to sound a little odd to start with. We hire some of the brightest minds, so I want to hear what they think, even if it sounds like a bad idea.”

“Our culture developed around a belief in our vision, being excited to make a lasting difference for everyone, and wanting to be really challenged in our work.” he adds. “We’re invested in what we're doing.”

He shares some of the main principles Centrality teams adhere to in order to make this happen:

We All Own This: “Everyone at Centrality is responsible for the success of the vision. If we miss the mark, we all ask, ‘could I have done something to get us there?’ We don’t point fingers at anyone but ourselves.”

Think Big and Then Do It: “Our teams have grown around this ethos. We’re not just dreamers – we're also realists. We know that the less a dream looks like reality the more work we’ll need to do to achieve it. And because we want to do it, we try to find the sweet spot between our head in the clouds and feet on the ground, and we work hard.”

Act Dumb: “The most successful people are comfortable asking dumb questions. We see this consistently. This is partly a ‘kill the ego’ thing and partly a ‘consider all perspectives’ thing. Whatever the reason, people that can be dumb together often achieve remarkable things. As a leader this gives my teams ownership. Most of the time I’m not telling them what to do. I’m presenting a problem and asking them to propose solutions.”

Godfrey also says the ICT team has a balanced mix of ethnicities and one of the highest female ratios in this industry.

He says Centrality supports communities like She Sharp, by sponsoring and hosting events to engage more women in the tech industry.

“Our team also shares knowledge with the tech and business communities hosting and supporting meet-ups and technology forums, hackathons and sponsoring and mentoring university programs.”

Centrality is the principal sponsor of the Edmund Hillary Fellowship, which brings innovators to NZ to develop game-changing initiatives for the planet.