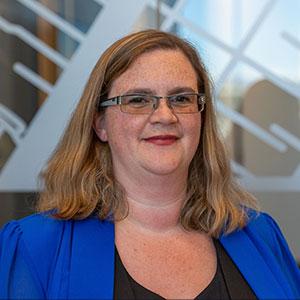 EdPay is a fully online payroll service for schools that is replacing the infamous Novopay.

“Many of our customers were caused a great deal of stress by the Novopay experience,” says Anna Brodie, head of technology at  Education Payroll.

“Yet there were risks in changing it. However, with the emergence of new technologies and practices, we felt there was an opportunity to do something innovative and daring.”

Brodie says there has been a massive work programme to stabilise Novopay.

Education Payroll manages the payment of teachers and support staff in around 2,500 schools in New Zealand.

“Despite aged components and a flawed design, this system continues to pay around $200 million every two weeks to 92,000 school staff with a high degree of accuracy,” Brodie says.

Once stabilisation had been achieved, work began on its online replacement, EdPay.

The drivers for the change were the need to simplify a complex payroll system for schools, reap the benefits of moving to an online service, and avoid repeating the mistakes of the past.

Brodie knew that EdPay would have to integrate with the legacy payroll engine without constraining the customer experience.

To address this, she established customer-first delivery practices in terms of agile, behaviour-driven development, design-first APIs, DevSecOps, infrastructure as code, security-by-design and automation.

From the outset, with the support of the Senior Leadership team, Brodie sponsored the adoption of the Scaled Agile Framework (SAFe) and Education Payroll has dramatically matured a swath of practices from delivery to investment management.

She says design-first APIs and behaviour-driven development have focused attention on the outcome for the user, rather than simply shipping features and code. “As a result, UAT and all of the inherent difficulties with that process have been eliminated.”

One of the goals of EdPay is to codify the multitude of business rules through automation, paving the way for the straight-through processing of instructions.

She says key transactions in the system are already achieving more than 80 per cent straight-through processing. This frees up Education Payroll staff and schools to focus on higher value activities.

“EdPay transforms the visibility of payroll data for schools..

“What was once a series of complicated reports presenting a vast amount of data, is now aggregated and usable.

“Schools now have a new level of management control and confidence in their payroll information.”

“Within the first month, EdPay increased the quality of payroll instructions by 32 per cent,” Brodie says.

Feedback from schools is overwhelmingly positive, she says.

Schools are voluntarily participating in collaborative service design and beta testing of features.

Brodie established a secure-by-design approach, and secured multiple independent parties to test and review all systems and processes.

The legacy application requires private cloud. However, from the beginning, Brodie pursued leading technologies, taking EPL to a hybrid cloud model with components in AWS, Azure and Google.

At the start of development she invested heavily in DevOps so Education Payroll could deliver thin slices rapidly and with confidence.

When the chief executive pushed the deploy button for the first production build and release, the pipeline kicked off with the infrastructure as code through the application layers and regression in under four minutes.

Brodie was aware that fear of risk, both real and perceived, had been a constant companion in the sector post-Novopay.

“This is a significant departure from the past, and allows adjustments to be made before defects can have any impact on schools.”

She says Education Payroll now has the confidence to release thin slices of features to the beta user community at will and in the daytime.

“This has eliminated the night shifts for releases and enables us to take risks, and to deliver with pace.”

Brodie supports her staff by deploying the master and apprentice model, in which the expert shows how, helps to embed the knowledge, supports self-attempts and then remains available for occasional support once upskilling has been achieved.

She says her teams now confidently ‘start at the end’, testing early in development, and deploying ‘shift left’ to find and prevent defects early in the software delivery process.

“They punch well above their weight in industry capability and outcomes delivery.”

As the services are being transitioned, technology teams at Education Payroll are developing and maintaining two very different primary applications – the legacy Novopay system and EdPay.

This had potential to cause a two-speed environment with confusion and two-tiered status in the teams.

However, over time, Brodie led the transition from the legacy technologies and processes with all of their inherent complexities to new ways of working.

“Through agile, Education Payroll no longer has to commit to far-off dates and has the confidence and ambition to drive for stretch objectives and to achieve more than even we thought possible.”

Brodie says that transformation is fundamentally about changing the hearts and minds of people.

She directs her team’s strengths so that they in turn deliver solutions for the customers they are building the technology for.

“It’s not just a widget. We’re building it for someone, and it has a purpose. Our people know that and they derive something out of the process of delivering for other people.”

Luring and inspiring the right talent

“The most important lesson in becoming an effective CIO for me has been learning how to lure, inspire and keep the right talent in my team, and to grow their capabilities in return,” says Brodie.

The market for cutting-edge talent is very competitive, she says.

“Everyone is looking to hire the best, and right now the larger, best known programmes are drawing in a lot of people.

“Offering the redemption and replacement of a notorious legacy brand could be seen as a positive or negative. The objective was to build sustained knowledge with a permanent team to outlive the project.”

At the same time, she says, she has learnt about the sensitivity needed when blending new team members with existing staff who are upskilling from the old monolithic system to a modular micro service architecture.

“There is excitement in the new, but also a lot of valuable corporate knowledge and deep understanding among those with a thorough background in what has gone before,” she says.

“It has been vital for existing talent to sense that I want them to grow and stretch their capabilities – to step up, lead change and develop into product owners.”

“In collaboration with the senior leadership team, Brodie has built a strong focus on customer and culture, establishing a safe and collaborative environment that empowers self-organising teams, and in which feedback is encouraged.

Her teams are at the centre of the programme, escalating issues and naming blockers rather than waiting for decisions to be cascaded from leadership and governance.

Brodie consciously selects for team fit with the goal of stable teams. Her control focus sits on the outcomes, rather than how her empowered teams have elected to get there.

She also worked with business partners and recruitment companies to set up the foundations for the right team fit, and finds value in giving her teams a different challenge.

She pulls them out of their daily tasks for training on soft skills, understanding ‘’why are we all here’, and the ins and outs of agile.

“We build our culture through a mix of stand-ups, relevant topic talks, and random fun and games,” she states.

“Being a successful CIO has taught me that my teams and I do it best when we do it together.”