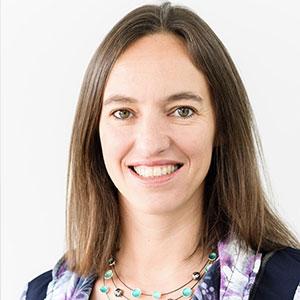 “Chief digital officer is a new role at Z Energy, and with that came a lot of freedom to set my own path,” says Mandy Simpson.

Z Energy has a 10-person highly collaborative executive team, she points out.

“I provide a digital coaching role, often pushing the team to look for the data to support their assumptions, or search for the smallest possible step they can take to prove their hypothesis.”

Across the organisation, her role is a mix of “coach, connector, cheerleader and provocateur”.

“I ask a lot of questions. Why do we do things this way? How else might we do it? Who else might have a different view? What do our customers think? But I also try and encourage others to ask more questions, too.”

She also works closely with technology partners. “I am trying to pull them closer to us and have positive and generative relationships, rather than the more traditional, sometimes adversarial, supplier relationship.”

“We are supported by a wide and talented ecosystem, and I see my role as bringing the best out of all of them in support of our customers.”

Simpson joined Z early last year, and takes with her a wide range of experiences in the financial services sector, government, and technology services providers in New Zealand the UK. She was also a startup CEO and has held various directorships in several local startups.

Thus, at Z she took every opportunity to get to know the industry, visiting retail sites and terminals.

Two major digital initiatives her team has delivered over the past year shows the flow-on benefits of this approach.

These are high risk sites, with potential hazards such as traffic, flammable liquids, and hot and cold food/beverages, as well as cash and goods that make the sites occasional targets for robberies.

Each site used to report incidents and near misses to Z head office using a web-based form on the site computer.

“We wanted to reduce the risks faced by staff and customers on retail sites, by improving the quality of the data on the nature and severity of incidents and near misses, and making that data available in a usable form to those who can act on it,” she states.

The teams worked closely with staff at a small number of trial sites, watching them use a very early version of the app, and iterating on it as a result of queries and difficulties they had.

Written language around safety, which can be complex and subjective, was a barrier for some retail site staff, and it was as a result of this human-centred design process the team moved towards using diagrams and pictures, and dynamically changing the options available for the staff member to select from, based on previous selections.

She says the new app enables reporting of incidents and near misses using clear language and guide pictures, and also allows photos of the incident to be uploaded.

The data is fed in realtime to dashboards for the health and safety team and the retailers, enabling trends and concerns to be identified and acted on.

She says this facilitated the reporting of each incident or near miss.

“As a result, it is more likely to be completed at the time of the incident, rather than at the end of the day, improving the quality of the data in each report.

In addition, the staff member saves around eight minutes per report from the time it would have previously taken, or the equivalent of 16 additional customers served.

She says the next step is to extend this concept to their terminals.

“This has a very different set of challenges, but we will approach it in the same way, learning from the individuals closest to the problem.”

Into the supply chain

Thus, the ability to accurately forecast demand is critical.

Poor forecasting can result in significant costs to the business, both in lost revenue and increased transport costs, she explains.

“So in mid-2019 we embarked on a project to determine whether machine learning could improve the quality of those forecasts,” says Simpson.

Again, they started off with a cross-functional team with people from the digital and supply teams, and externally from technology partner, Microsoft.

Their initial investigation unearthed some data management challenges. Sites reported demand differently. Not all had sufficient historical data available. There were obvious errors and missing data.

The data was collected and cleaned, and a number of algorithms tested, eventually leading  to a model, which over three months of testing, showed significant improvement over the existing manual forecasts, using only Z’s historic data.

The team has created a single rolling forecast for each site and terminal, that all the relevant individuals across Z could agree on and use, replacing the many manual forecasts previously in use.

While the technology change was challenging, the resulting organisational change was even more so, she says.

“We were asking people to give up their individual forecasts, and trust an algorithm that they didn’t understand and couldn’t control, with millions of dollars at stake for an error.”

“It has taken a great deal of patience, empathy, communication and courage on behalf of everyone involved to get us there.”

Within the wider business community, Simpson plays an active role. She sits on the board of high growth listed tech company PaySauce, and is on the board of technology venture capital company Punakaiki Fund, as well as on the Risk and Assurance committee for MBIE.

She used this network to widen the net for finding digital talent at Z. For the first time, it has recruited six interns, through the Summer of Tech, to join for a summer term. Z considered school leavers for roles that were previously restricted to graduates, with one joining them last year. It also employed three Z Cafe staff into digital roles over the past year.

As CDO, she continues to seek to understand ways to work better and also raise awareness of the work her team is doing.

The key, she says, is to keep an open mind around leading through changes.

She brings an important insight gained when she spent time at Silicon Valley before joining Z, working as an entrepreneur-in-residence for an incubator programme for two months.

There were 36 people who brought their fledgling companies to the programme. “They were excited about their ideas and ready to change the world,” says Simpson.

She acted as mentor and coach, and saw first hand the challenges they were going through, how they reacted and what the outcomes were.

At the end of the programme, none of the companies looked the same as when they started.

“What I learned was the importance of learning itself,” she says.

All the participants were incredibly talented and experts in their respective fields.

Interestingly, those who relied heavily on that expertise and believed they had the right answer from the start, really struggled, even though they had the most fully formed ideas/products, she notes.

“Those who approached their problems with a more open mind, prepared to test and learn, and were comfortable with being wrong, ended up with much greater success.”

She reflected on what that meant for her, being a self-reliant individual who built an expertise across multiple industries in both London and New Zealand.

“I realised my reliance on that expertise could be preventing me from getting the best outcomes,” she says. “I might be blind to emerging possibilities by relying on what I already knew.”

She says she is still very self-reliant these days, but with a difference.

“I rely on my ability to learn, rather than the knowledge I’ve already gained,” she says. “I seek out others with expertise, particularly those who are closer to the problem. I ask more questions, and look to see if I can prove myself wrong, rather than try to prove myself right.”

Z Energy operates in an industry that is going through enormous change, she states.

“To approach the chief digital officer role thinking I knew the answers would have been such a wasted opportunity.”