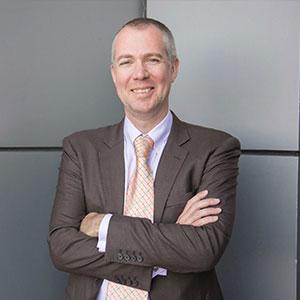 “Our main business objective has been to deliver at pace,” says Neville Richardson, CIO at Gallagher Group.

“Most businesses of our size would maybe take on one of these major projects per year.”

But in the past two years, Richardson says Gallagher Group has accelerated to deliver over 70 projects, when in the past it would do 10 to 20 projects annually.

These range from being small enhancements to major initiatives, such as rolling out Microsoft Office 365 (Outlook, Teams and Sharepoint), Sitecore implementation, BI platforms and CRM enhancements.

Richardson says the ICT team also moved dev and test workloads to the cloud and is preparing to do the same for production. They have also started a journey to ISO27001, enhancing the group’s information security management system.

“We are now embarking on introducing eCommerce and portal capability with SAP,” he says.

Gallagher had pioneered New Zealand's first electric fencing system in 1938 and is now known across the globe for providing innovation and marketing of animal management products, such as electric fencing and wireless water monitoring systems.

Richardson joined Gallagher just over two years ago, the period encompassing the accelerated pace of their product deployment and concurrent move towards a more digital environment.

In a business as rapidly growing as Gallagher, we have seen several innovations changing the way we operate, he says.

Some of these are:

Richardson says the transformation has very much impacted the IS team, as it moves from supply to demand, and aligns to business value streams, not products.

“How we work internally in IS has changed beyond all recognition,” he adds.

“Previously working in siloed teams, relationships have been transformed from being adversarial to deeply collaborative, focused on the customer journey.”

“Like many businesses, we are moving from a command and control, or hierarchical (Organisation 2.0) culture to one that is team and collaboration based (Organisation 4.0).

He says Gallagher’s #futureofwork initiative has recognised this, and many of their technology changes, exemplified by their move to Office365, aim to support this goal.

He says IS provides a model of culture change for the rest of the organisation. “We demonstrate the need to go all in with agile.”

“By 2021, this will result in us ‘doing a Spark’ to go agile across the board,” he says, referencing the transformation of Spark from telco to a digital services provider.

“IS has led the change part of this future of work initiative, and defined a change manifesto for the whole business, how we might achieve effortless excellence around change,” says Richardson.

The most important change has been around diverse thinking across the organisation, he states.

It starts with his own team, which has evolved from 100 per cent male leadership and 10 per cent women members, to the current 50-50 gender split in the leadership team, and over a third female team members.

He says the team actively participates in Women in Leadership events, and he himself has presented at forums to discuss the importance of driving diversity.

“Not only is it the right thing to do, it increases performance, and makes you more representative of the customers you serve.”

He also recognises that this is a work in progress, and wants to see more applications from Maori and Pacific Island candidates, “so that we can see better representation”.

He taught an MBA course, and one of his goals was to meet a diverse group of candidates for his team.

“My takeout was that we need to go further ‘back in the chain’.” he says. This has resulted in IS graduate programme, ensuring they get a diverse group of participants.

“The next stage will be going further back into schools,” says Richardson.

“It’s not okay for people like me in positions of influence to just say ‘but there are no applicants so I can’t do something about it’, so at Gallagher we are trying new approaches.”

The need to disrupt

He ensures his team members are abreast of - and working on pilots and deploying - emerging technologies that could impact their organisation, and their sector.

He cites how they have several IoT projects, and the one that stands out is its application in their security consumer innovations.

“This came out of a need to disrupt,” he says. “How might we develop, at pace, new products and find new customers in a segment we are not present? How might we get something in the market quickly, so that we can learn and iterate? How might we do all of this, within the current structures and architectures of the business?

He says the team at Gallagher Group chose a completely new way of working to deliver these answers.

“The product itself is completely different to what had gone before, different customers, and delivered ‘IoT, across a network’ to extend our reach.”

He says they also chose to deliver this in a cross functional, agile team, within a compressed timescale, to get the product to market quickly, as an MVP, and then iterate based on customer feedback.

“This meant that we needed new platforms from an IS perspective, that gave an end to end customer view,” he says.

They implemented and integrated Sitecore to solve this business issue, with a level of success such that we are now expanding out this solution for our ‘traditional’ service lines.

“We are using analytics to disrupt our internal ways of working to become a completely data driven business,” he says.

To support this, the team rolled out PowerBI and all the back end plumbing over the past year.

“We had some specific issues to ‘get the data out’ of our core ERP system, and found a startup in the USA, who had unique solutions around this, and partnered with them to be a launch customer in the region.”

“Reports that were taking a week through ‘handrawlics’ are now taking less than 30 minutes. Overall, this initiative is driving insights into the hands of power users,” he says.

Culturally, we needed to change from being a provider of service to one focused on customer solutions, he says.

“To help, we made sure we are working with the right partners, whose business culture matches our aspirations in this regard, and we can learn from.”

“We are on an IS culture change journey, from an organisation that has been focused on supply and keeping the lights on, to one of being a value adding solution provider,” he states.

“We are removing that learned helplessness that many siloed organisations exhibit, into a team that thinks and acts with a sense of urgency.”