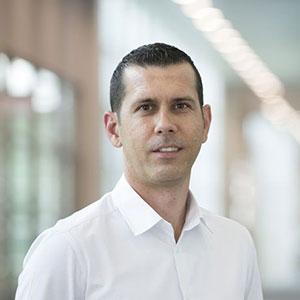 For Fourie, the term ‘digital transformation’ is limiting, “and to be honest, a bit of a fad”.

He and his team believe pushing digital innovation is the wrong approach. The aim, instead, is to be seen and utilised as business experts.

“We have an explicit ‘non-technology first approach’,” he states.

The goal for him and his team is to become so integrated in the business, so they are called upon to solve problems whether there is a digital solution or not.

“Because of our stance on digital, I find myself far more involved in business decisions and activity than what could be called traditional CIO duties,” says Fourie.

His team also works with the business on multiple fronts.

His direct reports meet with key business leaders every quarter to discuss their strategy and plan initiatives. The ICT function holds a monthly town hall event and invites representatives from other parts of the group to discuss their respective works.

“We have a rule that you must spend a portion of your day out and about with the business,” he says.

He believes this approach has led to tangible benefits for F & P Healthcare, as a New Zealand based organisation with global operations.

For one, he has a small digital budget compared to other NZ firms that cater to both local and international markets.

“We run a super lean shop,” he states. “This is by design, as we feel it supports our sustainable, profitable growth strategy.”

“Our view is that how we approach digital is in complete support of this and has contributed to our success. It’s a strategy to succeed for the long haul, not a strategy to be the best with cool digital toys!”

Fourie says he has “broken the rule book” for a lot of the business initiatives he and his global team have deployed over the past year.

These range from New Zealand only deployment (as a pilot to be rolled out later in their North America and European offices); regional based systems; all the way to ‘lifting and replacing’ global systems.

One local initiative allowed a key R&D group to get analytical insights and visibility over certain data, such as issues in the field that are important to product development.

A global programme completely changed how teams work across a digital landscape.

These are amazing innovations that benefit from our targeted approach, he says. “That is, to not push digital solutions but to understand the problem and problem root cause deeply.”

“We then work our way from there to determine what the best possible outcome is for the business that supports our sustainable, profitable growth strategy. This often results in a non-technology answer,” he says.

They augment this with a constant experimentation of bleeding edge technologies.

“There is a constant stream of ‘art of the possible’ going on,” he says. But they approach these technologies with caution, only tapping into them if they can help solve an issue that is worth solving.

Two years ago, Fourie was handed one of the biggest challenges - that is, to build a new business unit outside of ICT.

“My biggest learning from all of this was the masterful art of negotiation and clearly articulating a strategy,” he says.

As he observes, it is relatively easy for any CIO to build on or evolve an existing strategy.

But by leading a non-ICT unit, “I gained a new appreciation for handing a blue-sky approach for an area completely outside of ICT,” says Fourie. “Especially in an area I had no prior knowledge in!”