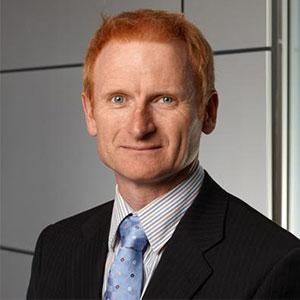 Tower is well on its way to transforming into a digital challenger brand, says Peter Muggleston, chief operating officer at the insurance firm.

“We are delivering amazing claims experiences enabled by extreme simplification and digitisation, stunningly simple products, automation and operational excellence,” says Muggleston, who took on the Chief Information Officer role at Tower in late 2018.

He stepped up into his current role in December 2019.

“We believe the insurance industry in NZ is broken and that customers deserve better,” he explains, regarding a key driver for the initiatives that he is leading.

“We have already changed the dialogue in New Zealand around risk-based pricing and the duty of disclosure,” he states.

“We have removed the horrible question ‘is there anything else that you haven’t told us that might be relevant?’ to ensure we treat customers fairly based on trust both ways,” he explains.

The claims processes are being transformed to focus on a great experience for the 99 per cent of honest customers, with a view that Tower actually wants to pay their claims, he says.

“We acknowledge doing the right thing sometimes costs more, so we need to enable this through extreme efficiencies and operational excellence in the back office.”

The upside is all these innovations have helped cut costs, increased efficiency, and created much better experiences for customers.

He says Tower has deployed a cloud-based core insurance platform with a full suite of digital APIs they are using internally and externally to drive new business models.

“Our platform model will allow us to participate in new ways right across the ecosystem, developing new business models and creating scale disproportionate to our size.”

The platform is “completely evergreen”, and utilises a full CI/CD (continuous integration and continuous delivery) pipeline.

“This ensures we can receive and deploy vendor upgrades every three weeks whilst deploying our own changes at will,” says Muggleston.

“We now have the ability to make price changes daily and can rapidly develop and iterate new products,” he states. “This is supporting a cultural change towards a highly effective test and learning operating model.”

The impact on revenue was clear, with the insurer seeing digital sales grow from near zero to 55 per cent.

At the same time, Tower deployed a data lake and big data platform which significantly lifted their analytical capability.

“This enabled us to lead the market into risk based pricing, which has allowed us to strengthen our book, price more fairly for all New Zealanders, and lay the groundwork for the insurance industry to send more effective pricing signals to society and policy makers in a time of accelerating climate change impacts,” says Muggleston.

He points out how good quality data and vastly simplified products and systems have enabled them to pursue increased automation.

A machine learning pilot is now being used to automate the triage and processing of certain types of contents claims, “reducing cost and delivering amazing claims experiences for our customers”.

He says harnessing analytics and machine learning have been major game changers for Tower.

“The challenge is finding the right level of governance to ensure data quality and prevent bias in the machine learning models, without limiting the democratisation of data throughout the organisation.”

The new operating model has massively impacted the technology team.

“They are learning how to work together in cross functional squads without some of the traditional controls,” he states.

“Empowering decision making closer to the customer and experts provides better and faster outcomes, but only if the exec team can let go,” he notes.

“We have had to unlearn years of behaviour and accept we get to prioritise the missions and business outcomes, but not to micromanage how they are achieved!”

This brings him back to an incident early on in his career, when he was a senior project manager at Shell.

He had spent three years working in Borneo, with limited access to talent or partners, working with a large local work force of limited ability.

“Initially I was very hands on and tried to do everything myself as I believed I could do it better, but this pretty quickly became unsustainable,” he says.

“Once I learned to let go and trust, empower and coach people, we lifted our output and capability and I finally realised just because someone did something 80 per cent of the way I would have done, it didn’t actually mean it was only 80 per cent as good,” he says. “It was just different – and often better.”

“I ended up learning as much about technology from the local people of Sarawak as they learned from me, and obviously a whole lot more about life.”