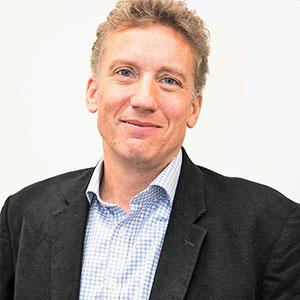 “We are on a journey to being one of the most customer- driven retailers in the world,” says Simon Kennedy, chief digital officer at Foodstuffs North Island (FSNI).

“Technology is an essential enabler for this vision, and the impact of technology runs much deeper than the customer-facing innovations that grab headlines, such as our Zoom trolleys,’ says Kennedy, referring to the recent launch of their high-tech trolleys with built-in scanning systems.

Kennedy, who took on the chief digital officer role at the grocery co-operative nearly a year ago, says their digital business transformation is a journey towards world-class omni-channel and customer engagement capabilities.

In the last 30 months, FSNI has moved from not even operating retail e-commerce to having online revenues now measured in the hundreds of millions annually, he states.

During that same time, the replatforming of the Gilmours website, has driven revenue growth by over 40 per cent, he adds.

“The online business at FSNI is fully integrated in all respects with the store channel, meaning that we have avoided any of the ‘who gets the sales?’ issues that can impede a truly customer driven approach.”

He says that having given their main domestic competitor a 15-year head start, they have caught up in terms of core online capability over less than three years.

They have also been recognised with global awards for both their retail e-commerce site (winner of the Ultimate Experience Award at Sitecore’s Symposium) and the wholesale site (Best B2B Implementation at Salesforce’s Dreamforce).

Kennedy notes that the massive shift is an example of “need meeting opportunity” across the business.

“FSNI operates New Zealand’s most-loved supermarket brands but until recently we were not giving our customers the option to shop online with the supermarkets they most prefer,” he states. “We needed to respond.”

He says FSNI has been doing transformation work over the past seven years, during which time the business integrated the Auckland and Wellington co-operatives. They also implemented a new SAP core systems platform, which created the opportunity for launching e-commerce.

“Without that platform, it simply would not have been possible,” he says.

He says the primary objective of prioritising the customer-facing element of their digital transformation is simple: “To put our best possible online offer into market so that our customers have the choice to shop online with us, and our competitor’s online customers have the opportunity to reappraise their choice.”

“We also wanted to create a foundation for digital engagement with customers all the way through their shopping journey. Together, these objectives sustain revenue growth and market share.”

The group faced a unique challenge as they had a different business model of co-operative ownership.

He explains FSNI is owned by members, who each own a store and are passionate about creating the best local ranging and pricing offers.

“This is a competitive advantage for FSNI, but it is not an easy starting point for building an e-commerce channel,” he explains.

“By solving for this complexity while still adhering to ‘common platform’ design principles, we are now able to utilise one of our key competitive strengths – being local – across our store and online channels.”

He says each store owner is fully involved in the online channel for their store and local customers. “Far from feeling challenged by online, they recognise the opportunity for digital to enrich their connection with customers.”

He notes that the fulfilment operation for online channels could be prohibitively expensive, threatening commercial viability and eroding internal support.

They addressed this by using technology extensively to minimise the cost-to-serve for online orders, with the digital and operations teams working together continuously to improve efficiency.

He says the attention paid to design and integration standards by his teams meant FSNI was able to rapidly extend their overall digital footprint.

In a six-month period ending late last year, for instance, they had fortnightly functional and technical releases to the PAK'nSAVE and New World web commerce sites, and to the iShop New World App.

They also integrated the New World App to the Zoom trolley prototype. Zoom includes the use of artificial intelligence connected to image recognition to enhance customer experience and also support fraud and theft detection.

Kennedy majored in history and economics, but his subsequent management consultancy roles in retail always involved technology, and thus prepared him for a move into ICT leadership roles.

“With a background in consulting and a non-technical education, aspects of the CIO/CDO role were especially challenging when I first stepped up to executive level some years ago,” says Kennedy.

“Over time I have become comfortable with sticking to my own style in how I fulfil the role and I am less concerned about any lack of depth in the more technical elements,” he says.

“This includes bringing my preference for creativity more strongly into the role and being more at ease when I find myself thinking differently from my peer group, whether that’s across the executive team or other technology leaders.”

As a member of the FSNI executive, Kennedy says he is at various times ideator, reflector and synthesiser.

“From peer-level feedback I know that I am effective in taking ideas from across the group and shaping them into a framework, which is often visual.”

Kennedy says he also finds frameworks useful for setting up collaborative dialogue with teams, across teams and with suppliers.

A recent example is their development of ‘Flow’ at FSNI. ‘Flow’ is the term that FSNI have adopted to capture all of their work related to collaboration, agility and driving change at pace.

“What started out as a cornerstone of the technology direction defined around mid-year, has now grown into an exec-wide initiative to improve whole-of-business collaboration, prioritisation and resource allocation,” says Kennedy.

This has included the creation of a ‘Flow Room’ within the FSNI support centre to provide a physical home for the concept.

He says the culture of an organisation is influenced very heavily by the behaviour of the leaders of the organisation, particularly when it comes to their collective ability to demonstrate values day-to-day and be consistent in clarifying purpose and objectives.

“My sense is that leaders can define an effective culture only by co-creating it with their teams, while they have the power to destroy that culture all on their own,” he states.

“Inconsistency between action and words is the surest culture-killer,” he continues.

“I’ve also learned from experience that it’s not enough to just be consistent with the culture you are trying to lead, it is about taking the time to be seen to be consistent, and for it to be authentic.”

He says he does a range of small things that are not in themselves groundbreaking, but which add up to a regular modelling and reinforcement of the values they aspire at FSNI, and with the IT team in particular.

For instance, he and his team are active on Yammer so much so that the IT Yammer groups are now the most active in FSNI, with IT contributors among the most regular across all groups.

He has fully embraced hot-desking, and rarely takes a desk for the day. “I am sure to touch down regularly in amongst each of my teams’ core zones, and often work in other zones across the business to help blur the organisational boundaries.”

He is personally involved in the annual Datacomp hackathon in which ideas pitched by the IT team featured in three of the top ranked teams during the recent edition.

He also volunteered to be the master of ceremonies at the company-wide leadership event ‘FoodiesX’ in order to extend the IT leadership profile.

He is an active member of FING – Foodies Indian Networking Group – which he enjoys, having lived and worked in India for several years when he was working in a global consultancy.

“There is no magic formula,” he states, “but I expect to support and improve culture by regularly being seen and heard in these and other ways.”